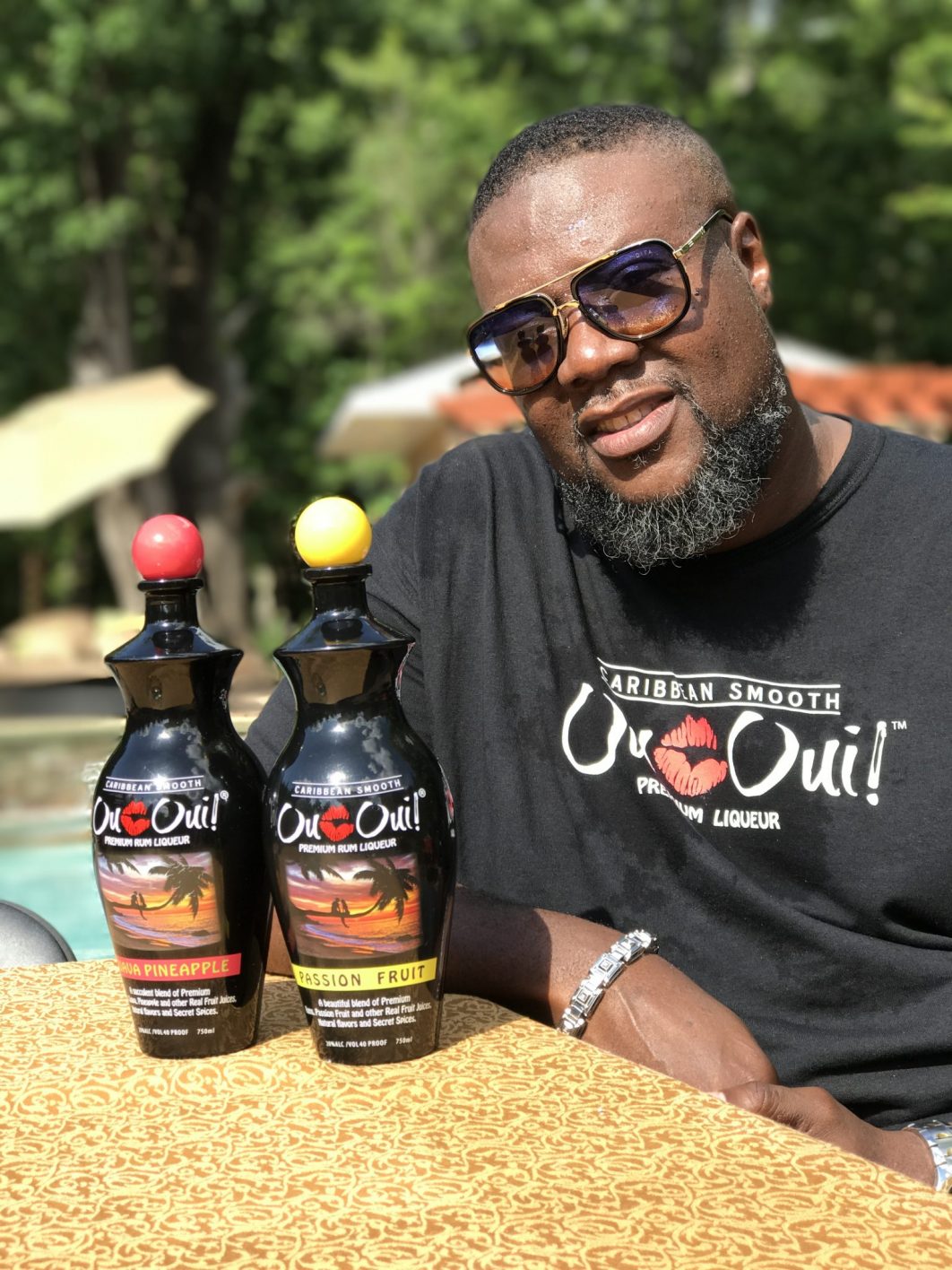 The founder of Caribbean Smooth, a new brand of tropical spiced rum liqueur, shakes an unusually shaped black-colored bottle and pours me a taste of his guava-pineapple and passion fruit blends as we chat sitting at the bar of a Mexican restaurant near his home in Atlanta. “This is an instant rum punch,” he says mixing the two flavors and adding a splash of ginger ale. It is Ou-Oui!

Walwyn uses fresh pink guavas and pineapples from Central and South America and blends them with spices from the Caribbean to create a smooth liqueur that is easy to drink straight from the bottle. There’s no burn from the alcohol, just a little heat and a slight buzz. With 20 percent alcohol and all natural ingredients, there's nothing else like this on the market.

Growing up on the island of St. Kitts, Walwyn picked mangoes, bananas, coconuts, sugarcane and guavas from his backyard, eating them fresh and juicing them for a sweet treat. “Even as a kid, I created my own juices, spiked them up with my dad’s brandy, not for a buzz, but because I enjoyed how it changed the flavor profile,” he recalls of his first experiments.

After his father migrated to neighboring St. Croix in 2010, Walwyn would make a passion fruit cocktail for his friends and family, which was fondly named ‘Nigel's Punch.' It was inspired by a rum punch he had tried at a beach bar (formerly Ziggy’s) in St. Kitts, that he considered the best in the world. Word spread and before he knew it, people were asking him to make this special recipe for their events. He made three gallons for the St. Kitts Music Festival’s VIP tent and the crowd demanded more. “The people of St. Kitts are the harshest critics of rum drinks, and that's when I knew I was on to something,” says Walwyn.

Creating the Consumer Demand for Something New

Soon requests poured in from colleagues at CNN in Atlanta where Walwyn worked at the time. With the encouragement of friends, he said goodbye to his 25-year-long career in TV news to become a beverage entrepreneur.

It took three and a half years of research, product development and getting certifications to bring the taste of the islands to the market. “I hit many roadblocks while I was going through the process by myself. It was frustrating at times, but I knew I was learning and doing something new and exciting,” he adds.

When Walwyn was testing out his recipes, people would taste test and say, “Oh yea!” It was an expression he repeatedly heard,  so he decided to call the product Ou-Oui!

I asked Walwyn about the unusual shape of the curved black bottle with a lipstick mark on the logo, colorful round bottle caps and picture of a couple on a sunset beach. “Ou-Oui! is designed for women. Women like romantic, flavorful, smooth alcoholic drinks. They are put off by strong burning spirits like scotch, whiskey and tequila. It comes in an easy to hold, curved feminine glass bottle. The dark bottle is functional, preserving the freshness of the fruit by blocking UV light,” he explains. The bottle can also be recycled and used as a vase, lamp or candle holder.

Walwyn recommends using Ou-Oui! as a base to enhance any cocktail recipe. You can add it to cognac or whiskey, margarita or mojitos – it doesn’t matter. Create an instant rum punch by mixing two parts passion fruit, one part guava-pineapple and a splash of ginger beer or ginger ale and pour it over ice. Add to Champagne and make a healthier mimosa. Each Ou-Oui! bottle has 14 ingredients already, so there are enough flavors and complexity to boost your cocktail. Shake the bottle well as the real fruit tends to settle at the bottom, refrigerate once opened.

Ou-Oui! is manufactured in Florida and currently available at 200+ stores in Alabama and Georgia. It is available during select food festivals and Caribbean events.

With only a year after the release of the brand, Walwyn is already working on creating new flavors (mango is expected to launch in 2020) and raising additional capital to expand the brand nationally.