Next Food Network Star Winner Dishes on the Show 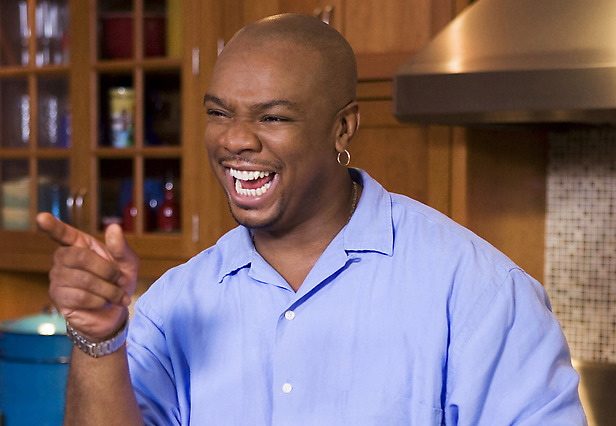 Aaron McCargo Jr. walks, talks and exudes Camden, New Jersey. As such, he’s keenly aware of his hometown’s reputation as one of the nation’s most dangerous cities. Fresh from winning the third season of Food Network’s popular the “Next Food Network Star” reality series, the Camden native says he hopes to change perceptions of his stomping/cooking grounds.

“Camden is no different than any other town,” McCargo says. “If you’re looking for trouble, you will find it. But if you’re looking to enjoy life, you can. There are lots of plusses to living here; the plusses don’t get a lot of light. I want to let folks know there are a lot of good people here.”

Fair enough. But McCargo’s bigger test may be convincing a particularly vocal group of NFNS fans that he even belongs on the same network that turned culinary talents Mario Batali, Emeril Lagasse and Bobby Flay, among others, into household names.

The network’s comment board immediately lit up after someone leaked the series’ results on a Thursday, three days before the season finale. Mixed in with the generous amount of praise for McCargo was a heaping helping of negativity. Some folks said he lacked culinary skill, television chops and star quality, and a few even insinuated that he was coached to win to further diversify Food Network’s line-up of cooking personalities.

For his part, McCargo brushes off the criticism about his limited culinary know-how, citing a resume that includes cooking in nine New Jersey restaurants, including his own, working as a hospital executive chef—he calls the good food “gourmet”—and attending Atlantic Community College’s Culinary Arts Academy. “This is my season.”

The married father of three took a break from filming his new show, “Big Daddy’s House,” to chat with Cuisine Noir about his background, the controversy over his victory, how tough reality television cooking really is and what the future holds.

Why did you enter the “Next Food Network Star” competition?

My wife saw the commercial and she wanted me to give it try. She filled out the application and it was a go from there.

Did you have any trepidation?

This was my first time for something like this. I’d be foolish to say that I wasn’t nervous.

I did a cooking demo. They asked questions about your cooking background and your culinary point of view. They wanted to know about your personality, how it relates to television. I told them I was all about simple, flavorful food.

Talk about your history with food.

I think it’s a gift from God. I love cooking; it’s a passion. I come from a big family of eight—four boys and two girls and my parents. I’m the second oldest. Lots of people have history with working in family restaurants. I didn’t. My mom and dad cooked. They inspired me. People always said I was going to be a chef. I wanted to be a great chef.

And the first meal you made?

I was seven-years-old. It was frozen cod garnished with lemon parsley flakes, white rice and, for an appetizer, cheddar cheese and pepperoni on a cracker. Since I was only seven, I prepared everything in the microwave. I was not allowed to touch the stove. It was a surprise for my parents. My sister said I was going to get in trouble, but my parents loved it. The rice was a little burnt, but I didn’t know that until 20 years later when I cooked perfect rice and found out how it was supposed to taste.

Did you hone your skills doing holiday cooking duty?

I stayed out of the way. There’s just something about the way my parents cooked; something about the way my mom fried fish. [When I started my family] I started doing things a bit different. We celebrate Thanksgiving, but we’ll be saying grace over buffalo wings and rip tips. I don’t look at cookbooks or other people’s recipes. I like being different.

You wound up opening your own restaurant.

It was called McCargo’s Restaurant and it was a bistro caféwith a cool ambiance, jazz and R&B playing and big portions of food. We had healthy soul food—salads, wraps, veggie dishes. It was open from 2003 to 2006. It was my dream to have a restaurant, to be able to show off the gift God gave me. We ended up closing it over some disagreements with my partners. But I knew I would get another opportunity to do something big. God had a plan. That when I went to Thomas Jefferson UniversityHospital in Philadelphia to be the executive chef of catering.

Was that a blow to your ego, going from restaurateur to hospital chef?

No, not at all. I enjoy cooking and the hospital food at Jefferson was amazing, like being in a restaurant. I was able to use garnish, wine, bases, salt and pepper—to be an artist. Lots of hospitals don’t have catering departments. We did $1.7 million in catering business. So I still had to pump out good food. I didn’t have time to worry about my ego.

How difficult was the NFNS process?

It brought me out of my comfort zone. I cooked in restaurants and did catering. For this, I was away from home. I had to submit to a situation I had no control over. FN took care of us and protected us. We all understood we were good people and that we weren’t there to rip each other apart.

Some of the food challenges had little to do with what you’d do on your own show. Were they that tough?


I never cooked on a moving train or been told to put six ingredients in a basket and to create a meal. So it was tough.

During the contest in Vegas, Bobby Flay asked you about chipotle peppers and you didn’t know what they were. Some point to that as a lack of culinary chops.

They [the NFNS judges] know I know what chipotle peppers are. The priority was the challenge.I made the best judgment call. I didn’t answer the questions. But what they didn’t show was all the questions I answered correctly throughout the entire process. I feel good about myself. I don’t owe anyone an explanation.

A few comments on Food Network’s web site criticize shows like yours, the Neelys’ and Sunny Anderson’s, insinuating that the network is trying to appease Blacks.

I feel if I’m not the best for the job, then don’t hire me. The Food Network doesn’t get down like that. The network didn’t select me so I could be a hero to people in Camden or because I would benefit the most financially. This was not staged by anyone. I wouldn’t have done it if it was. Each week, we faced uncertainty. There was never a moment when they talked about selecting me so they could reach black people.

What can we expect from the show? And what would you say to those folks who’ve said they won’t tune in.

Flavorful food full of spices and attitude. The recipes will be simple. You won’t have to go to a specialty store or have to fly to China to get these ingredients. You will get a glimpse into how big daddy lives. You will see the real me. I’m able to be myself. If people don’t watch, they’re going to miss out on a great show. 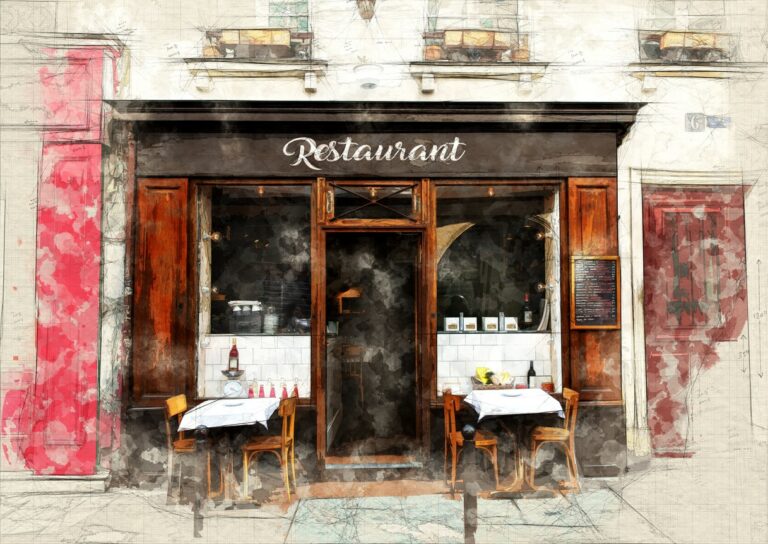 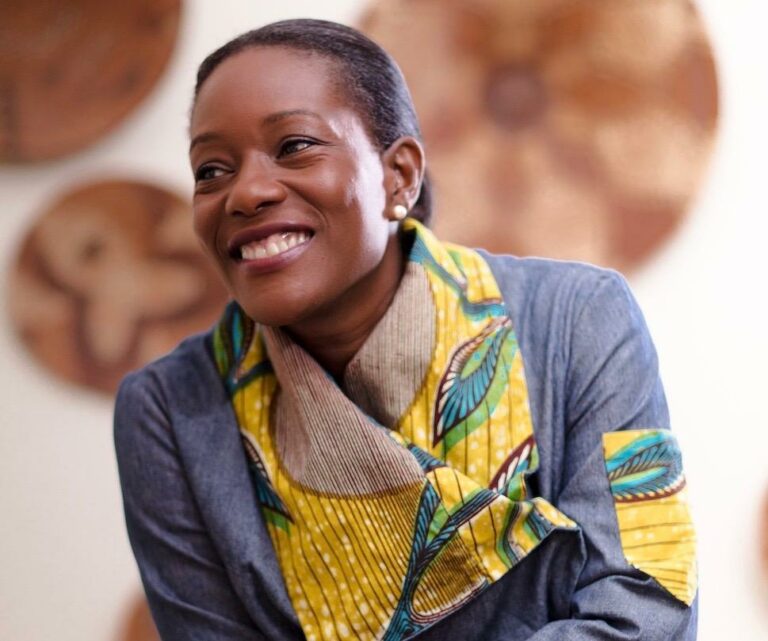 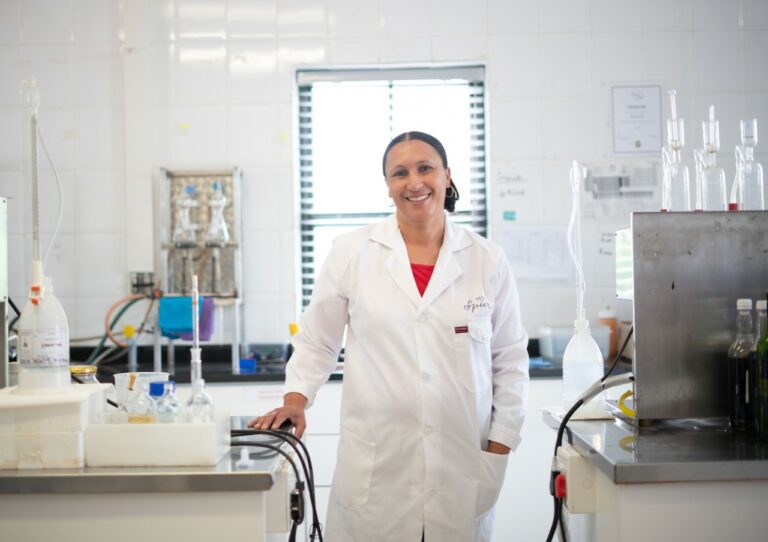