Alexander Smalls Lives Life with Purpose Through Food and Music 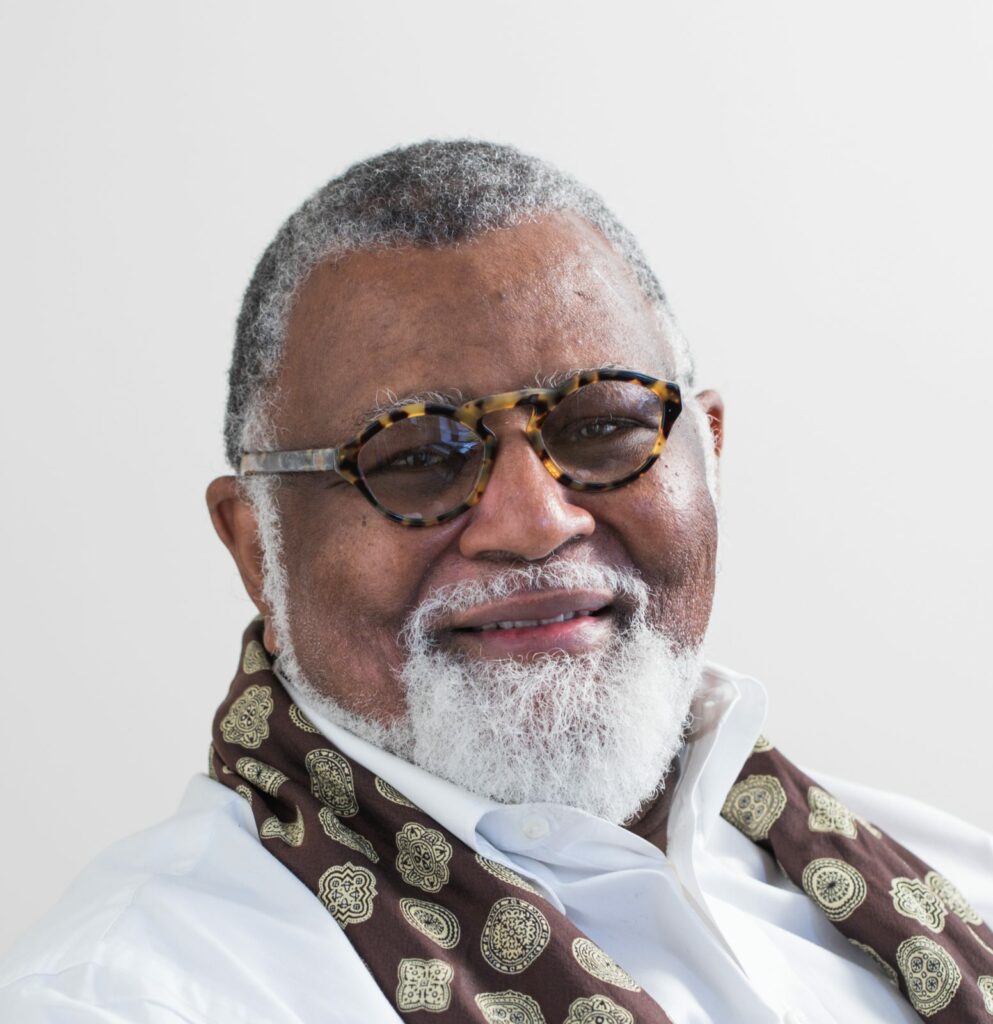 For as long as he could remember, food has always played a role in Alexander Smalls’ life. Growing up in Spartanburg, South Carolina, it was the path between his house and his paternal grandfather’s that led to a lifetime of memories and culinary influences that shaped his life as a James Beard award-winning chef, restaurateur and cookbook author.

“I wore that path out,” laughs Smalls from his home in Harlem. By the time we connected by phone, he was well into his day which habitually starts at 5 a.m. and includes multiple cups of his favorite tea, Earl Grey.

“I grew up with food being at the very foundation of who we were,” he says, vividly remembering how the family gathered for meals and “showed out” when it came to picnics and barbecues on the weekends.  At the center of it all was the garden that Smalls’ grandfather (affectionately called Papa) planted on his land. “That garden was so significant.  It was where the cultivation of food, the land [took place]. That garden really nurtured us and defined us in many ways.”

He would later write about the garden’s significance as well the cultural influences that played a role in shaping his life as one of New York’s most celebrated culinary curators, first in 1997 with “Grace the Table,” and now in his newly released cookbook, “Meals, Music, and Muses: Recipes from My African American Kitchen.”

As the only male child among all of his parents’ siblings, Smalls says he grew up “layered in generational love.” Summers were spent with Papa picking vegetables such as beans, tomatoes and okra that would later become part of several iconic Lowcountry meals he would recreate as an adult. While in the garden, Smalls shares that his grandfather talked about the importance of farming and knowing where your food came from.  It was also where he learned about his great-grandparents who were also farmers — and slaves.  He did not realize it as a child, but being in the garden not only connected Smalls to his ancestors, but it also planted seeds that would eventually bloom into stories about enslaved people from the African diaspora through food.

In addition to the garden being the cornerstone for learning, Smalls’ father was in the grocery business and his maternal grandfather, as well as a total of six aunts and uncles, were chefs. So there was no escaping food for the young child who aspired to be an opera singer.

Before moving there, Smalls knew all about Harlem. His aunt was a classical pianist living there with his uncle, who wanted a son of their own. Unable to have children, it would be Smalls’ birth that reversed their migration back to South Carolina, where he says, “They came in and expanded the narrative of my life.” He describes his uncle as an “opera buff,” a former Marine who traveled the world and taught himself Spanish and French.

Hours were spent at their house listening to Italian opera singers Enrico Caruso, Renata Tebaldi and Tito Gobbi, whom he was introduced to as a child and later studied under in Rome as a young opera singer.  Smalls jokes that his parents blamed his aunt and uncle for his career choice. “My parents were grooming me to a doctor, a lawyer, to be bigger than they were. That was the generational thing to do. Your children were your promise and education was going to lift us all up generationally and they were big on that,” says Smalls.  “What they hadn’t anticipated is that their only boy, crazy son, would come home and tell them he wanted to be an opera singer.”

Smalls studied opera at the prestigious Curtis Institute of Music in Philadelphia, Pennsylvania, before touring professionally and winning both a Grammy and Tony Award for a cast recording of George Gershwin’s “Porgy and Bess.” He lived throughout Europe in London, Paris and Italy, studying opera and culinary arts which expanded his palate even further. Ready to return to the States, it was an audition at the world-renowned Metropolitan Opera House in New York that changed the vehicle, not the destination, for how he wanted to present himself and his talents to the world. He was offered a chorus role in the same operatic masterpiece that he had won awards for, which was beyond minimizing given the years of hard work, preparation and accolades. “I will not be interested,” Smalls says he told them and walked out. Thus ending his career on stage but not behind the scenes.

“I basically had a coming to Jesus.  I have always known that one had to have a seat at the table to make things happen, especially if you are Black.  But what that was about was I needed to own the table. If I was going to have the career and create the purpose that was important to me, I had to own the table,” recalls Smalls, who says after the audition he went home and drank an entire bottle of red wine.

“I knew I couldn’t own an opera house at that point, nor did I choose to spend my life trying to figure that one out.  I had already spent a lot of time trying to figure out how to break the glass ceiling for African American men in opera,” he says. “By the time I woke up from my red wine slumber, I decided I was going to open my own restaurant.”

Smalls is the first to admit that he didn’t know what he was doing when he decided to open his first restaurant, Café Beulah. But like most, he figured it out along the way. Serving Lowcountry cuisine, a seating at Café Beulah meant you were amongst the who’s who that included Smalls’ friends Toni Morrison, Phylicia Rashad, Julia Roberts and Glenn Close, to name a few. It was New York’s first Black fine dining restaurant. “I first understood that fine dining was home cooking, local cooking, elevated and put in a modern conversation. And when I understood that, there was no stopping me,” says Smalls.  Café Beulah laid the foundation for Smalls’ next four restaurants: Sweet Ophelia's, The Shoebox Café, The Cecil and Minton’s.

In addition to telling stories through food, Smalls expanded the narratives in his three cookbooks, with the newest being “Meals, Music, Muses,” released last month.  This time around the restaurateur shares more than 75 Creole and Lowcountry recipes that once again celebrate the South and African American culture.

“What this new book has done for me is allow me to bring full circle the extraordinary influences in my life of my two greatest gifts and best friends and my right hand and my left hand which is food on one side and music the other.  And I get to tell you who I am through those lenses interchangeably because they have been interchangeable in my life. When one disappointed me, I turned to the other and vice versa. Those have been my constant companions,” says Smalls. “The book sings. I love it.” 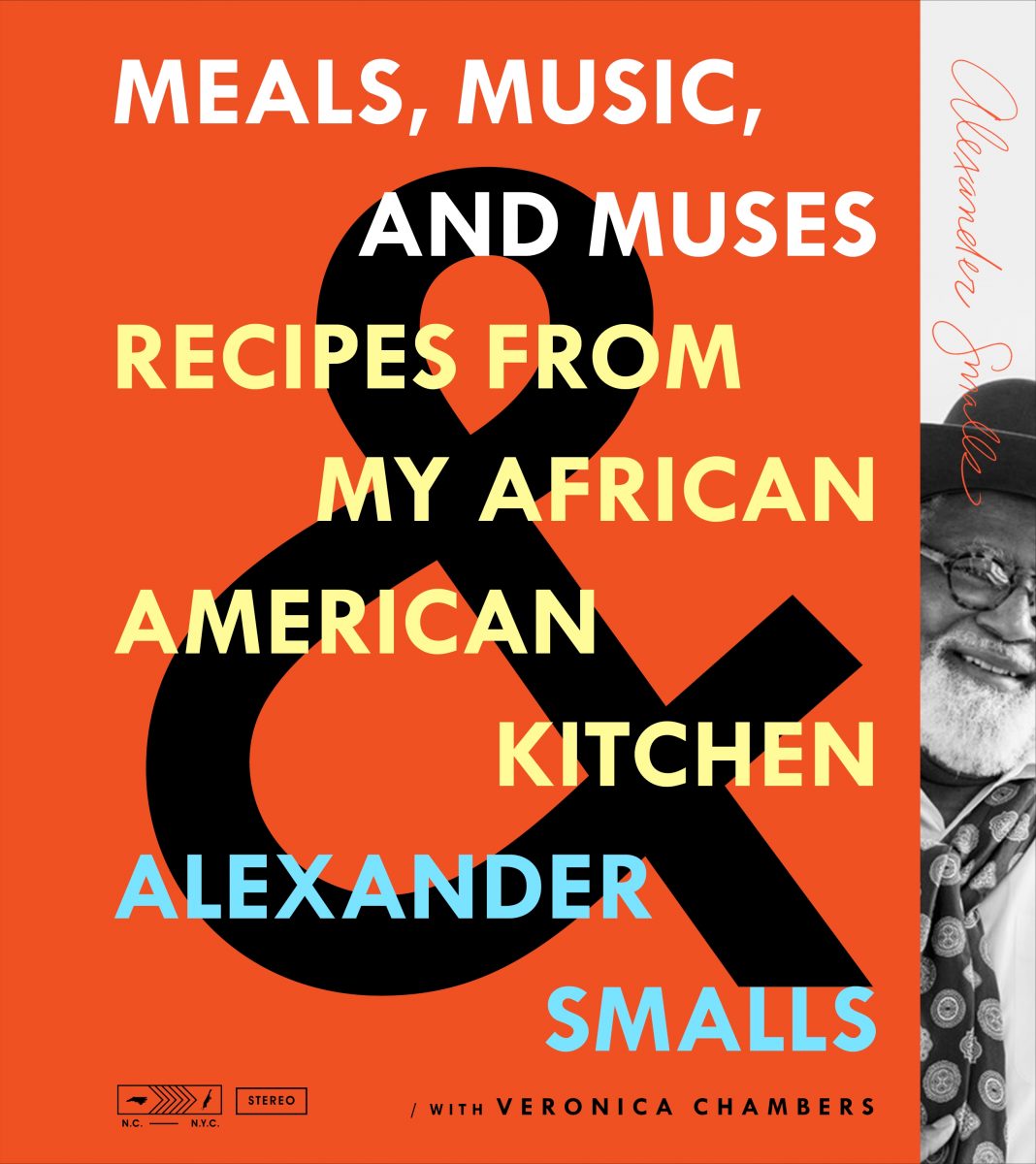 Divided into seven chapters named Jazz, Spirituals, Gospel, Opera, Divas, Jukebox and Serenades, Smalls wants readers to understand the spirit that animates with each recipe.  Stories are woven in between as Smalls puts his own unique twists on classics such as Carolina Hoppin’ John, stone-ground grits, herb-sautéed green beans with roasted garlic and turnips, citrus-glazed pork loin roast and icebox lemon pie. And as a hot dog connoisseur, get ready for a recipe like no other, Alexander’s “Chase the Blues Away,” Hot Dogs, which is a savory power play on a beef or chicken hot dog topped with his homemade chili sauce and Carolina cabbage slaw.

“I have been very fortunate to create the profile of who I am through food and music,” he says.  “Everything I do is from the perspective and the position of being an artist. That is just how I see the world. That is how I see myself in the world.”

Smalls’ talent for telling stories through food and those who grew, harvested, and prepared it from the African diaspora has placed him in history as an iconic figure in American cooking and culture. The global renaissance man with the signature white beard is also working on his next venue for storytelling: a food hall.

With a larger-than-life personality, the consummate host owns three refrigerators and three wine coolers.  If you are invited to his house for dinner more than once, never expect the same meal.  The dishes of the day depend on what moves him.

The ease in his voice lets you know that he has arrived at the destination he unknowingly set out for back in his grandfather’s garden.  “I have finally arrived at a point in my life where I like to say I have a view of the landscape. I can turn around at the top of the hill and look backward and see where I have been and understand those influences and understand how I got there.”

“Meals, Music and Muses: Recipes from My African American Kitchen” is available on Amazon.

You can also follow Smalls on Instagram to see what he is cooking up and who is stopping by.