An Introduction to India 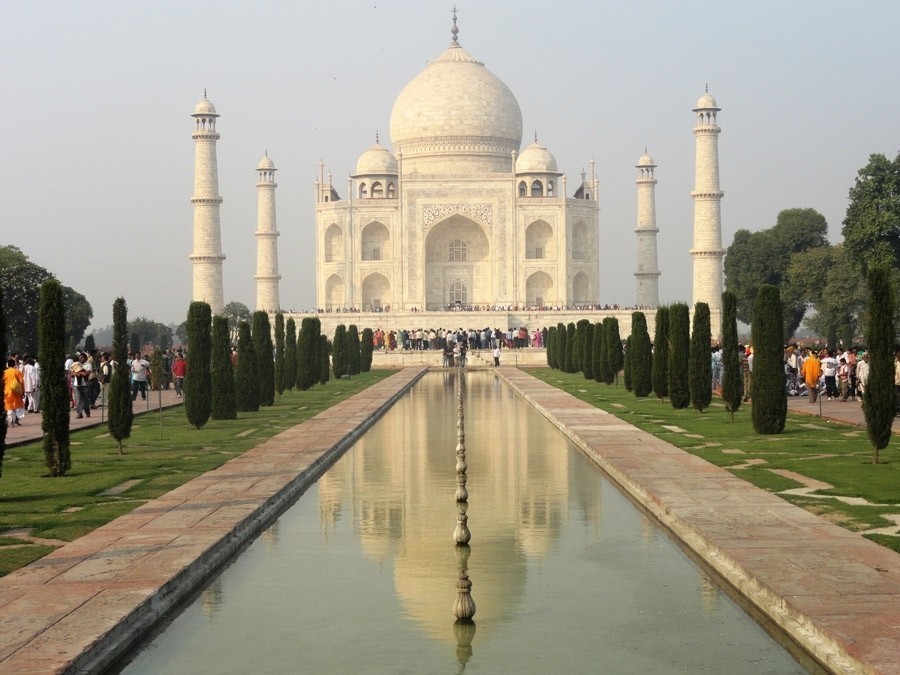 If you are planning a vacation to the mystical and colorful country of India, my first piece of advice is to plan multiple trips! Geographically, India is not a very large country (about one-third the size of the U.S.) but it is so diverse that each of the twenty-eight states offers an entirely different experience. Just as if you were to travel to Europe, you wouldn't be able to see the rich culture and historic splendor of each of the countries in one week, it is impossible to experience all that India has to offer in anything less than a month.

Now that you are planning to take a transcontinental journey to Southeast Asia, your first trip should be to the Golden Triangle. Land in the capital city of New Delhi at Indira Gandhi International Airport, spend a couple of days getting acclimated and then book a tour that will take you around the three most visited cities in northern India – New Delhi (the heart of the country), Agra (home to the Taj Mahal) and Jaipur (city of forts leading into the desert). All three cities are well connected by road and railway, located within a few hours of each other and can be covered within a week.

The experience of being in India for the first time is best described as randomness. All of your senses will be on complete alert as you buzz pass the chaos of the streets filled with different smells from the incense of the temples, to meats roasting on tandoori grills to the stench of cow dung being used as home insulation.

New Delhi is a great place to get a glimpse of the new and old simultaneously. You will find monuments constructed by the Indian kings, Colonial British architecture, places of worship from various religions, some of the best eateries in the world, people from all economic statuses and much more. It is also a fun place to shop for handicrafts, ethnic jewelry, cheap clothing and souvenirs.

Agra is an old industrial city but offers a spectacle of jeweled tombs, architectural marvels and marble chambers. Home to one of the wonders of the world, the Taj Mahal is constructed entirely of white marble and is an eternal symbol of love. It is worth visiting the Taj both in the daytime and on a moonlit night.  While in Agra, make sure to take a tour of one of the many marble factories and bring back some decorations for your home.

Known as the pink city because of its pink painted buildings, Jaipur is the gateway to Rajasthan. Here you will find a unique blend of traditional Rajasthani and Mughal art and architecture. Visiting the forts and palaces will allow you to step back in time and get a feel for the richness of the era. Jaipur is also famous for its ethnic jewelry, famous with royalty around the world. About 700 jewelry shops are in the old city, selling diamond, topaz, emeralds, silver and gold.

If you have a couple of extra days, go deeper into the Thar desert where you can indulge in colorful festivals, tours and camel safaris. Rajasthan is known for its colorful royal fairs including the largest camel trading fair, Puskhar Mela held every winter.

India Gate – Landmark and national monument in India. Best to visit at sunset when crowds gather in the gardens to relax after a hard day's work.

Jantar mantar – Outdoor astronomical observatory that will leave you bewildered.

Red Fort – A fort complex that walled the city of Old Delhi in the 17th century.

Lotus Temple – Giant structure in the shape of a lotus belonging to the Baha'i faith.

Jama Masjid – The largest mosque in India built by Emperor Shah Jahah. Go on a Friday to watch worshippers pray in masses.

Hanuman temple – Hindu temple with a tall statue of the monkey god Hanuman built in AD 1540.

Chandni Chok – One of the oldest and busiest markets in India built in the 17th century by the Mogul emperors.

Jan Path – Tourist shopping area where you will find souvenirs, crafts and plenty of street shopping.

Taj Mahal – Built in 1653 entirely of marble, the Taj is a mausoleum built in memory of Mumtaz Mahal. Plan to spend a few hours visiting the tombs and make sure to check out the back side of the Taj for spectacular scenery.

Chini ka Rauza – Designed like a silver jewel box in marble, the tomb of Itimad-ud-Daulah is the second most beautiful building in Agra.

Agra Fort – One of the most important group of buildings as this was a former Mogul capital.

Johari Market – The ultimate place for passionate jewelry lovers. Even if you don't want to buy, it's worth looking at the intricate designs, some made by village artisans.

City Palace – An exquisite Rajasthani palace built by Maharaja Jai Singh, a portion of which is still inhabited by the royal family.

Hawa Mahal – The palace of the breezes has 953 small windows decorated with intricate lattice work that allowed royal ladies to observe everyday life in the street below without being seen.

Lodging facilities in India offer something for every clientele, from low-cost hostels to some of the best five-star hotels in the world. If you decide to pamper yourself, expect to pay upward of $200/night for posh hotels but be prepared to get service fit for a Raja (king).

Large cities boast multinational cuisine and it's not uncommon to find restaurants with “continental” menus, meaning everything non-Indian. As Indians have become more exposed to global cultures, more of them prefer to go out for Italian, Thai and Mexican food. New Delhi is notorious for tourist restaurants and clubs, where you will sometimes find only Westerners.  While there is an active nightlife in big cities in India, most bars and clubs close by 2:00 a.m.

As mentioned earlier, you will need to plan several trips to see all that India has to offer. After getting a good sense of the country and visiting the most popular destinations, here are additional places you should aim for during your next visit.

North: Patronage at the Golden Temple in Punjab, which is the holiest place in India for Sikhs; relax in the hills of Uttranchal at an Ayurvedic spa or let your adrenaline flow on a whitewater rafting trip; trek in the Himalayas or enjoy the backdrop of the mountains at hill stations of Manali and Shimla in Himachal Pradesh.

East: Visit world famous Sun Temple in Konark and Lord Jagannath's temple in Puri; kick back at uncommercialized beaches of Orissa; get up close with rhinos at Kaziranga Wildlife Sanctuary; step back in time in the old capital of Kolkata; roll in the hillside tea plantations of Darjeeling.

West: Experience celebrity-style shopping, nightclubs and Bollywood in Mumbai; get to know the  Portuguese culture on a beach resort in Goa; view second-century Buddhist paintings and sculptures at Ajanta caves.

South: Visit the technology capital of the world, Bangalore; sightsee Mysore, a city known for its palace and gardens; breathe in the fragrance of eucalyptus trees in the romantic Nilgiri hill town of Ooty; be dazzled by the 1 million pillars at Hampi; rent a houseboat in the backwaters of Kerala and enjoy fresh seafood cooked on board.

Whether you plan to spend a week or a month, visit once or a dozen times, the rich cultural and historic beauty of India will mesmerize you forever. In the words of the famous American author and humorist Mark Twain, India is “the land of dreams and romance, of fabulous wealth and fabulous poverty, of splendor and rags, of palaces and hovels, of famine and pestilence, of genii and giants and Aladdin lamps, of tigers and elephants, the cobra and the jungle, the country of a hundred nations and a hundred tongues, of a thousand religions and two million gods, cradle of the human race, birthplace of human speech, mother of history, grandmother of legend, great-grandmother of traditions, whose yesterdays bear date with the mouldering antiquities of the rest of the nations – the one sole country under the sun that is endowed with an imperishable interest for alien prince and alien peasant, for lettered and ignorant, wise and fool, rich and poor, bond and free, the one land that all men desire to see, and having seen once, by even a glimpse, would not give that glimpse for the shows of all the rest of the world combined.” 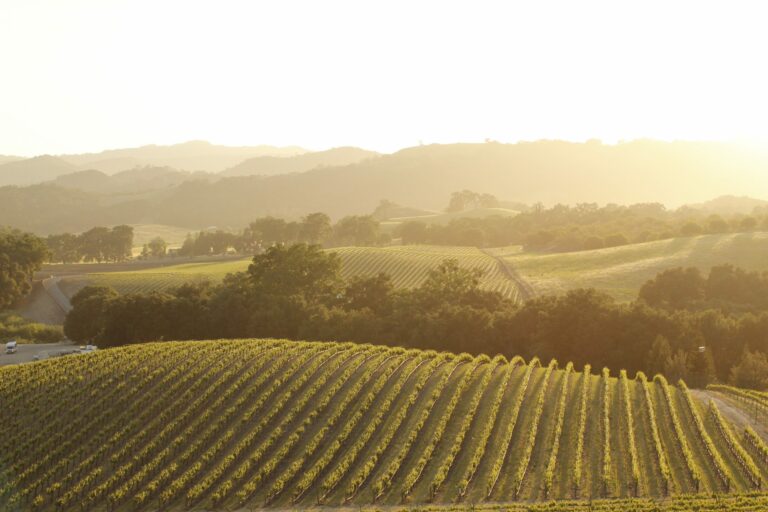 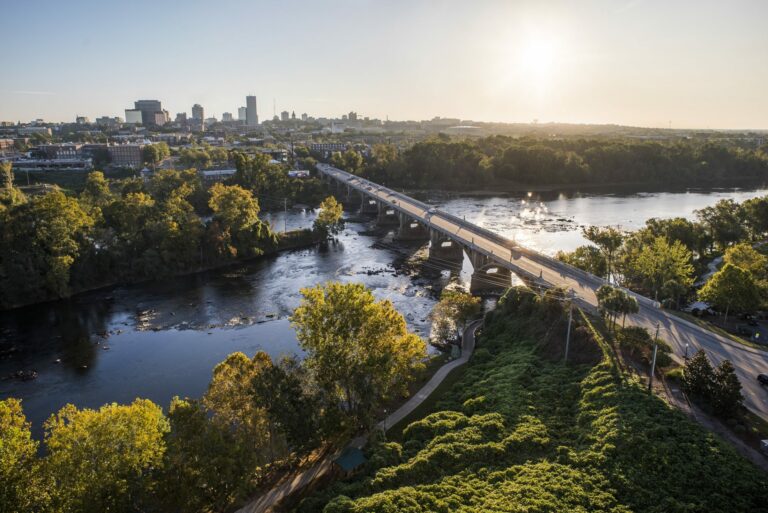