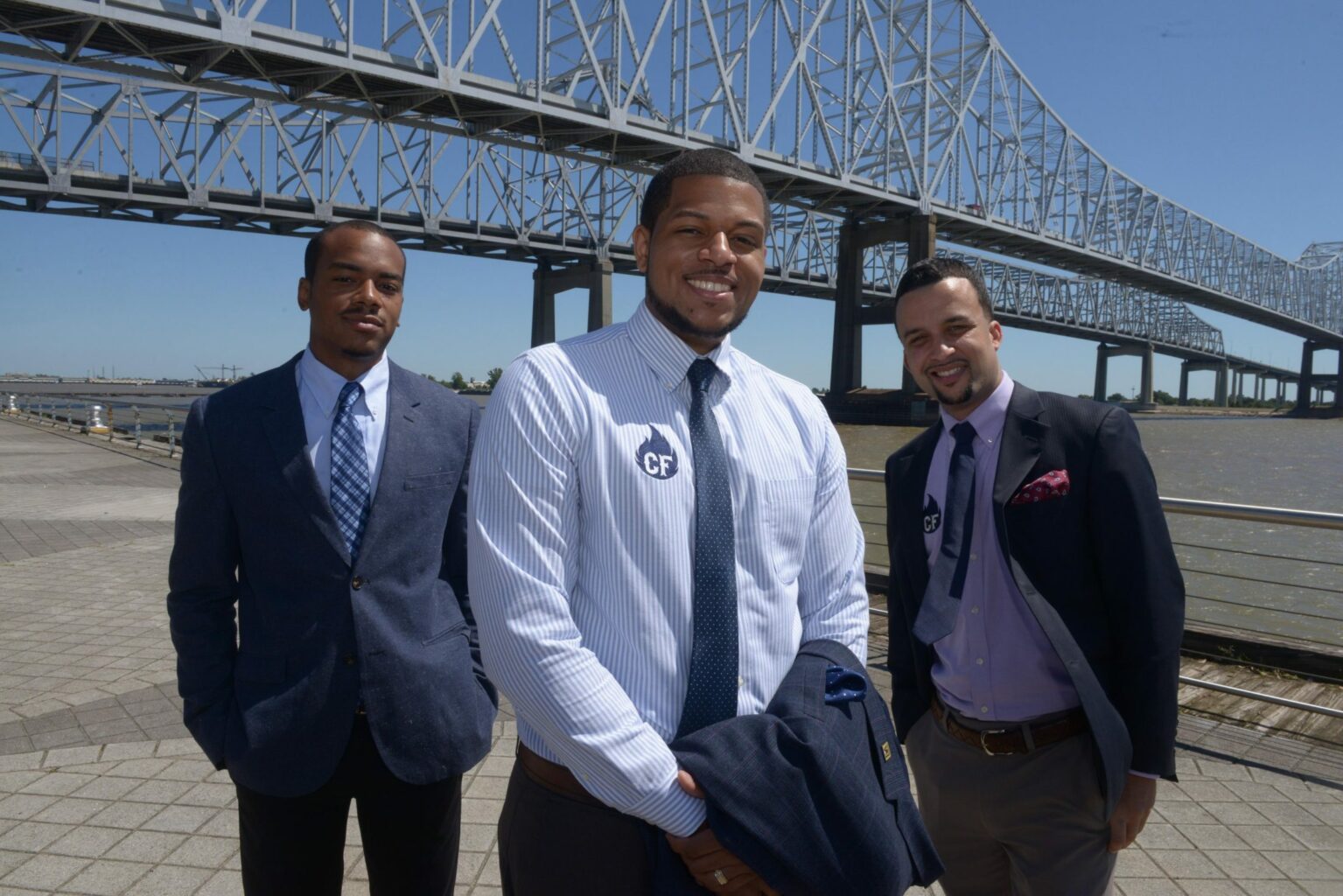 With just less than a handful of black-owned craft beer brewing companies in the country, New Orlean’s Cajun Fire Brewing Co. is one of them making big plans to take the industry by storm. Founded on Halloween in 2011 by Jon Renthrope and Adam Dawson, Cajun Fire is more than a beer with its offerings representing a melting pot of cultures from African-American and Creole to the Houma Indians.

Go to their website and you’ll quickly see their slogan, “No politics, just beer,” perhaps indicating a change in focus for Renthrope who received his bachelor’s degree in political science from the University of Florida. The Louisiana native and his family didn’t escape the path of Hurricane Katrina in 2005, but the stories that have since followed truly show that brighter days are ahead. Going to Florida with very few belongings that included a kettle pot among other random things, he developed an interest in beer that quickly grew. Not able to afford it as often as he liked on a college budget, he started researching how to make it and so the adventure began. “I utilized YouTube and looked up some recipes, made a batch and it came out amazing and from there I just kept making beer,” says Renthrope.

Upon returning to New Orleans in 2010, he saw a void in the market and went hard to work on a business plan to start craft beer company that would revolutionize the city and industry. The plan would later pay off as Cajun Fire claimed the $50,000 prize as part of the Big Idea Pitch Competition that was the finale of the annual New Orleans Entrepreneur Week sponsored by The Idea Village in 2011. To date, Cajun Fire is the only black microbrewing company in the city.

Set to begin distribution in late spring, early summer of 2016, Renthrope and Dawson as well as team members Paul Taylor Courtney Wilson-Renthrope and Jomarque Renthrope can be seen around The Big Easy at events teasing attendees with samples of their portfolio of offerings that include the Voodoo Gold Ale that is brewed with honey and Southern Kandy Praline Ale. They also have an IPA in the works. “We have a lot of other things that we have been playing around with. You can really go mad scientist in any kind direction and you’d be surprised at what you create and that is the beauty of being a crafter brewer. You just have unlimited freedom and options nowadays with the ingredients that you can get shipped and delivered from all over the world to produce a product that is very original,” says the new father.

With craft beers topping drinkers’ lists in popularity these days, Renthrope says Cajun Fire is a big hit among beer enthusiasts and those trying it for the first time because it is very versatile. This is a very attractive characteristic, especially for brands looking to grow and capture a market among those traditionally not marketed to in terms of beer consumption.

Creating and Living Off the Land

A foodie before becoming a craft beer enthusiast, it helps that Renthrope’s love for food started with his family. The ingredients they introduced him to set a creative foundation for making beer. “My family is first generation New Orleanian. They are actually from the Bayou area. I got exposed to all kinds of different cooking methods when I was growing up as well as experimenting with all kinds of seasonings, every kind of seasoning you can think of under the sun and eating nearly everything that walks on four legs. It is a culture of people who live off of the land so no part of the animal is really left.” Loving to cook and missing foods from home, that kettle pot he took to college came in handy when it came to making gumbo and other Louisiana favorites he craved while away.

Acknowledging that it is has been a long road to even get Cajun Fire to where it is today, Renthrope and his team are very excited about what the new year will bring. In addition to launching distribution first in Louisiana and then the Gulf Coast, the goal is to get the fire burning on a national level as well as brick and mortar locations.

Thus far, Cajun Fire has built a cult following while positioning itself for the demand that is sure to come. As fans of the brand wait for the big day, they can show their support and spirit by “owning a piece of Cajun Fire” apparel that is available on the site.

Get Familiar with These Ciders This Summer
Brewing Up Diversity in the Craft Beer World with Dr. J. Nikol Jackson-Beckham