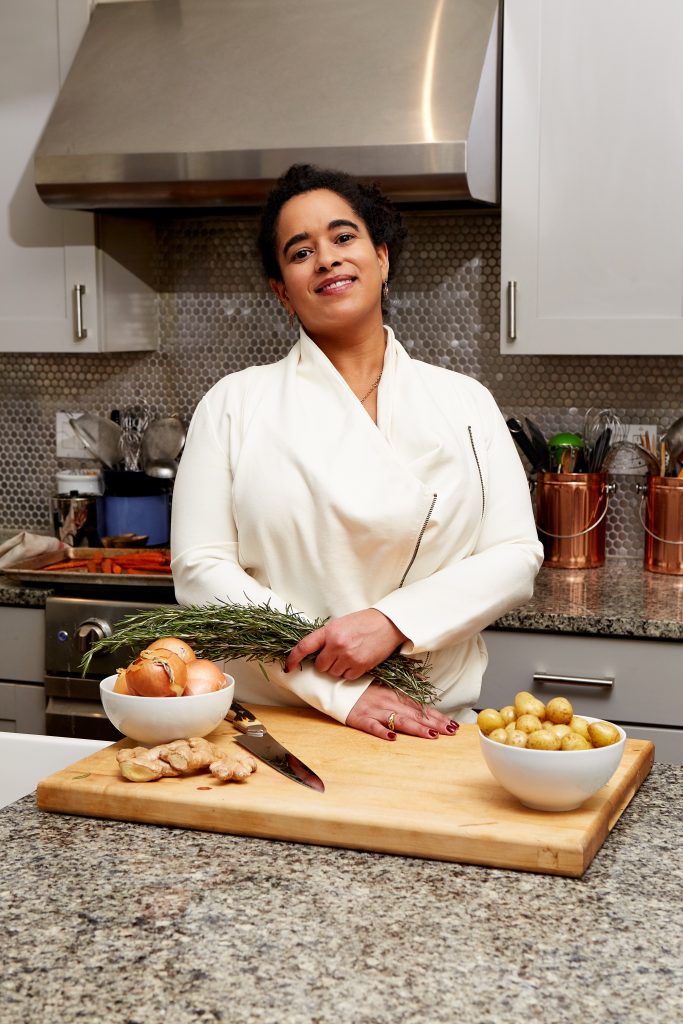 “We need more people who are competent in all areas and always remember that the important thing is to do a good job. No matter what it is. —Martin Luther King, Jr.

Excerpts from the street sweeper speeches first delivered by Dr. Martin Luther King, Jr. in 1957 continue to inspire generations of people. The wisdom of his words about doing the very best you can, no matter what your job or profession, rings as true today as it did six decades ago. In the culinary world, chefs are not the only ones proving that excellence matters.

“I don’t know a single stylist who isn’t completely obsessed with food, in their personal lives and in their work lives,” says Emma Feigenbaum. The New York City food stylist is a graduate of the French Culinary Institute (now the International Culinary Center). She never imagined herself becoming a restaurant chef or restaurateur as her twin sister Zoe did. “I appreciate that I don’t have to cook a seasonal menu for four months or the same thing every day or every night. When I go into a new job, it is truly new.”

Feigenbaum is a former associate editor of Martha Stewart’s Everyday Food magazine. She uses her undergraduate degree in film and television and her cooking skills to create the culinary visions her clients want to see. She has done work for People, Southern Living, HGTV, Bravo and celebrity chefs Rocco DiSpirito and Marcus Samuelsson. “The fact is, at the end of the day, you can’t make it look good if you can’t cook it,” says Feigenbaum.

Her talent comes to life in photographs and on video because, as a food stylist, she does so much more than make clients’ dishes camera-ready. “It’s built on long-form knowledge of cooking and food. Any given day, you could be asked to make so many different styles of food or different types of food. If you are not a chef, a pretty strong chef, to begin with, they’re not going to get anything,” Feigenbaum says.

Other careers in the food industry also require passion and dedication to excellence. These food activists and authors are recognized as among the best in the culinary world.

Dara Cooper is a 2018 recipient of the James Beard Leadership Award. As a national organizer for the National Black Food and Justice Alliance, Cooper supports organizations working to achieve black food sovereignty and land justice. She has dedicated her life to racial equity and justice in the food systems. Cooper conducted a tour through the South where she interviewed Black farmers and operators of co-ops and food hubs in partnership with the Center for Social Inclusion.

The executive director of the Southwest Georgia Project also received a 2018 James Beard Leadership Award for her work defending farmers and building farmer coops throughout the South. Charles and Shirley Sherrod founded the Southwest Georgia Project to educate, engage and empower communities by providing technical assistance and grassroots organizing leadership. The organization continues to employ a variety of programs and strategies to carry out its mission of advancing social change.

As the author of 12 cookbooks that document the foods and foodways of the African diaspora, Dr. Jessica Harris is now in the James Beard Cookbook Hall of Fame. She was inducted in 2019 after many years of writing and lecturing about the culture of Africa in the Americas. The English professor at Queens College, CUNY, holds a Ph.D. from NYU. Harris received recognition for her work as a consultant for the Sweet Home Café at the National Museum of African American History & Culture in Washington, D.C. She also donated items from her family’s home on Martha’s Vineyard to the museum.

Harris is devoted to researching, preserving and promoting the culinary contributions of Africans and African Americans. Her book, “High on the Hog: A Culinary Journey from Africa to America,” received a Food History Award from the International Association of Culinary Professionals. She was a contributor to the “Sweet Home Café Cookbook: A Celebration of African American Cooking,” which received a James Beard nomination for Best Cookbook Award. Her articles have appeared in Essence, Food & Wine, the New York Times and other notable publications.

This award-winning journalist has devoted her talents to building healthier communities through her books, classes and foundation. In 2016, Toni Tipton-Martin received a James Beard Award for Reference and Scholarship for her book, “The Jemima Code: Two Centuries of African American Cookbooks.” She earned the John Egerton Prize from the Southern Foodways Alliance in 2014 for her work with former First Lady Michelle Obama’s efforts to help families live healthier lifestyles. In 2015, Tipton-Martin hosted Soul Summit: A Conversation About Race, Identity, Power and Food, a three-day gathering of writers, scholars, chefs and students interested in food justice.

Tipton-Martin became the first African-American woman to be named a food editor of a major daily newspaper, the Cleveland Plain Dealer. She also worked as a nutrition writer for the Los Angeles Times and a contributing editor to Heart and Soul Magazine. Her latest book, “Jubilee: Recipes from Two Centuries of African American Cooking,” is receiving critical acclaim for its beautiful photography and rich history of African American cooking.

As a food writer, scholar and culinary historian, Michael Twitty devotes his talents to preserving and promoting African American foodways and related traditions from the Africa diaspora. The Judaic studies teacher from the Washington, D.C. area continues to develop his interests in food culture, food history, Jewish cultural issues and African American history.

Twitty is the first Black author to receive a Book of the Year Award from the James Beard Foundation. His memoir, “The Cooking Gene: A Journey Through African-American Culinary History in the Old South,” received two James Beard Media Awards in 2018 for writing and Book of the Year. It also made Book Authority’s list of 100 Best Food Books of All Time.

The Afroculinaria blogger launched the Revolutionaries in Residence program at Colonial Williamsburg in 2017 by creating two dishes that highlighted the African American culinary heritage that fed colonists in the 18th century. Twitty also acts as a chief historical interpreter at Thomas Jefferson’s Monticello and North Carolina’s Old Salem. His interpretations pay tribute to the thousands of enslaved chefs who shaped the culinary culture of the South.

The work of this writer and editor appears in some of the most prestigious publications in the U.S., including the Washington Post, Los Angeles Times and Wall Street Journal. Southern Living Magazine named Osayi Endolyn to its list of 30 Women Moving Southern Food Forward. She was recognized for a series of columns she wrote for the Southern Foodways Alliance’s publication, Gravy. Those columns also won Endolyn a James Beard Journalism Award in 2018. She focuses on food, culture, place and identity in her writings.

Endolyn has been featured on Netflix’s “Chef’s Table,” “The Sporkful” podcast and “The Splendid Table” radio program. She serves on the board of trustees for the Edna Lewis Foundation.

The Philadelphia Inquirer’s new food editor is a trailblazer in the field of journalism. She started as a copy editor and page designer for the Detroit Free Press. She wanted to combine her love of music and writing in her hometown paper. When she transitioned from writing about pop music, Jamila Robinson fell in love with the beauty and energy she discovered while editing the newspaper’s food section.

Robinson followed her passion for telling stories about people through food to USA Today Network, where she guided the lifestyle, dining, arts and entertainment reporting as a content strategist. She is leaving behind her most recent job as editorial director at Atlantic Media in Washington, D.C., to assign, edit and write stories for the Inquirer. Robinson is a member of the James Beard Journalism Committee. She helped start a fellowship program with the Beard and Gannett Foundations to increase the number of food writers of color.

Take a look at the International Culinary Center’s website for more ideas on food careers outside the kitchen.