Four Caribbean Chefs Describe Food in Their Own Terms 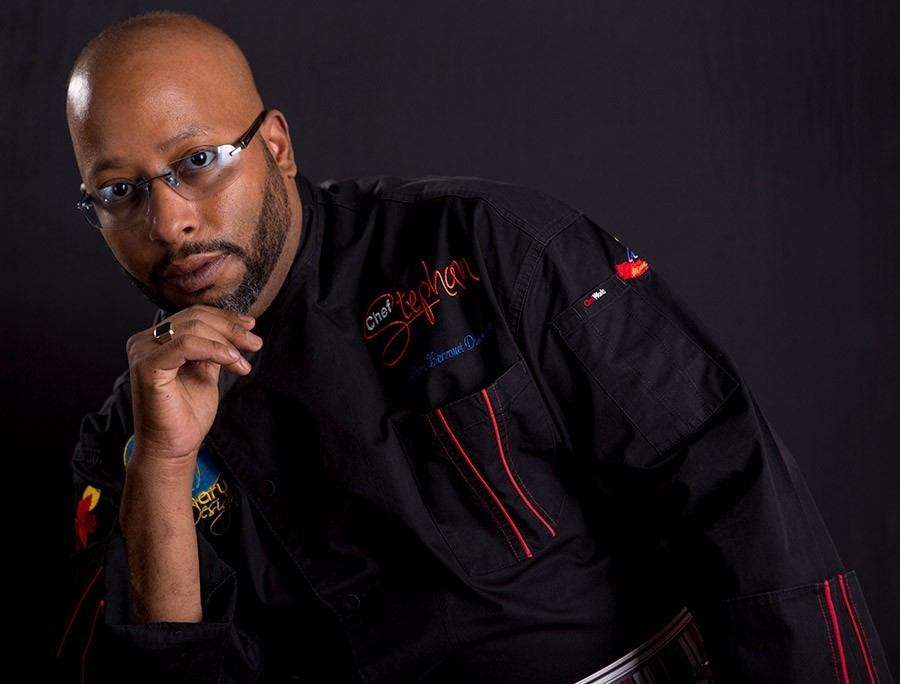 With a total of 28 countries in the Caribbean, each has its own history and cultural personality that extends well into the food we have all come to love.  Like the people, Caribbean cuisine is so diverse that many often get it wrong or confused with other cuisines such as Jamaican based on what seems to be popular and/or reported on in the media and industry circles.

But we wanted to set the record straight and let four chefs who represent the Caribbean, as well as their native countries, tell us in their own words what Caribbean cuisine is and what it is not and why is it on the rise to take the culinary world by storm.

If you want to know anything about Haitian cuisine, chef Stephan aka the Haitian chef,  is your man.  The Miami resident is a private chef who represents both Haitian and Caribbean cuisines with boldness.  Here is what he had to say about Caribbean cuisine.

The Caribbean is a lot of time associated with Jamaican Cuisine, especially with the rise in popularity of jerk. Caribbean cuisine is the most diverse, multi-cultured and multi-ethnic cuisine you will probably come across.

Vibrant, bold flavors and multi-facet. A cross-cultural cuisine with no boundaries.

Born and raised in Central Kingston, Jamaica, chef Andre Fowles began cooking professionally at the age of 17.  The two-time “Chopped” champion sharpened his culinary skills working at fine dining restaurants and cooking for high-profile guests including Sir Paul McCartney and Ralph Lauren.  Fowles continues to develop his Caribbean concept style of cooking while taking his country’s cuisine and culture to new heights. Here is what he had to share about Caribbean cuisine.

Caribbean root vegetables will be seen more this year (cassava, taro, yam etc.). There’s been an upswing in recent years with the use of indigenous ingredients in international restaurants using various cooking techniques with them.

Caribbean cuisine is not only best represented as “street food” but is an emerging force in the fine dining world with an arsenal of unique bold flavours that highlight each island in the Caribbean.

Finish this sentence: Caribbean cuisine is…

Caribbean cuisine is an experience through taste and flavours that features the history, people and each culture represented in the region that leaves you wanting more.

If this makes you want to learn more about Fowles and how he is putting both Caribbean and Jamaican cuisine on the map, follow him on Instagram and Twitter and visit www.andrefowles.com.

This certified private chef and “Taste of the Island” host from Jamaica has a passion for amazing food and great service. On the show and when cooking for clients, he enjoys infusing the influence of the islands with his travels through Europe and the Far East.  Here are is what he wants you to know about Caribbean cuisine.

I believe this will be difficult to predict. I say this because Caribbean food has really been just about any one ingredient. What I will say is that Caribbean cuisine is trending in more refined ways. More Caribbean chefs are not only kicking it up several notches through techniques and presentation but there's also a sincere attitude to a healthier mindset and a deeper exploration of cultural roots.

What I believe is that Caribbean food seems to be observed as a singular one-dimensional entity. The perception is that once you have food represented with some recognizable ingredient that's Caribbean and all the foods in the islands must be the same. What's not being told or represented is the diversity of Caribbean foods. We may subscribe to a “One Caribbean” attitude but the region's culture is so multi-layered that I believe it would take you a lifetime to understand all of its complexities, nuances, subtleties and cultural backdrops. Caribbean food is hella diverse!

Caribbean cuisine is my heart, it's the best. It's always going to be a #FoodOnFiyah experience and one day it will truly be given its true recognition as a top cuisine in the world.

Chef Shorne Benjamin creates traditional Caribbean cuisine infused with unexpected flavors and techniques from around the globe.  Career highlights include cooking for the James Beard Foundation, participating at the Food Network's New York Wine & Food Festival and serving as the official chef of the annual Rum & Rhythm Benefit Gala for the Caribbean Tourism Organization. Over the years, Benjamin has added his unique signature to the dynamic realm of culinary artistry, a distinctive style known as New Age Caribbean®?.  Here is a little insight into what that means.

The ingredient that would take center stage in Caribbean cuisine is cinnamon. I use cinnamon especially in the braising process for my meats. Cinnamon can be used in savory dishes and not only sweet.

More than just rice and peas!