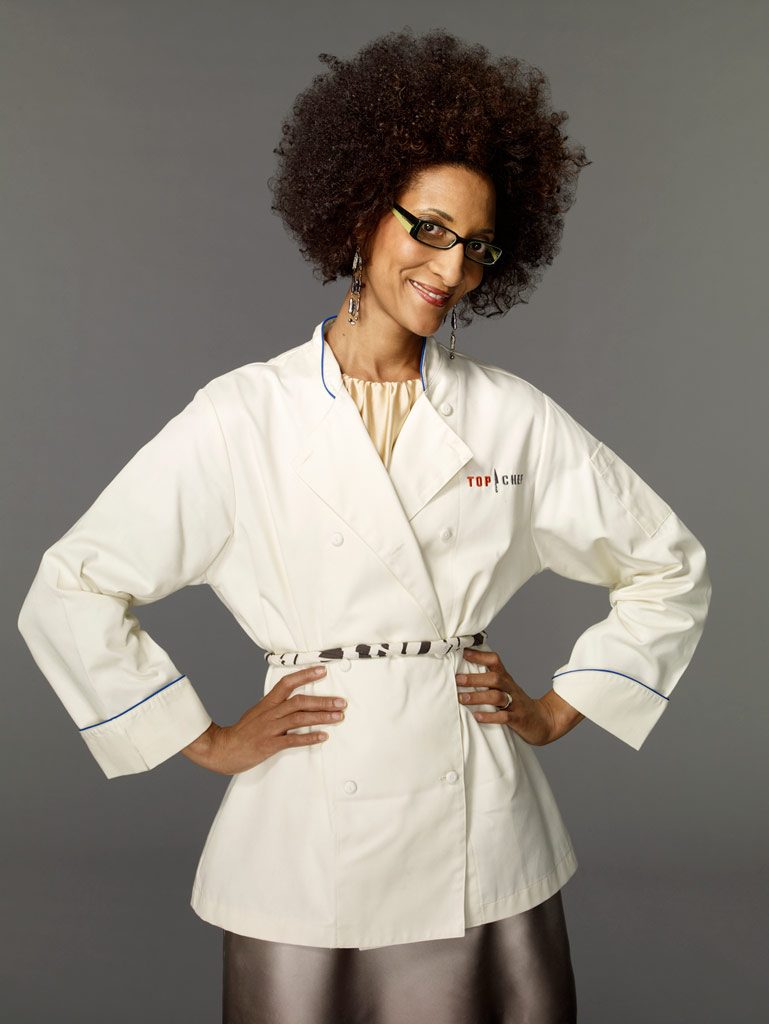 In some circles, Carla Hall was the odds-on favorite going into the finals of the fifth season of Bravo’s “Top Chef” reality cooking show. The Nashville, Tenn., native and current Washington D.C. resident won over judges with her culinary flair (described as simple yet elegant) and captured viewers with a buoyant personality that was both earnest and kooky—witness her judicious use of the phrase, “Hootie Hoo.”

Hall may not have won the competition (her final dish, strip steak cooked in the sous vide style lagged; Hosea Rosenberg took top honors), but she’s certainly richer for the experience—in more ways than one.

“Because of the show, I’ve received more public recognition and a good boost in business,” says Hall, who co-owns Alchemy Caterers in Washington, D.C., www.alchemycaterers.com. “We’ve had to be careful. It’s one thing to grow gradually; it’s another to try to meet the increased demand when you don’t have the infrastructure to do it. One of the things this experience taught me is to work at my business, not in it.”

RELATED: Herb Wilson: Fueling the Food Revolution in the West

Hall often jokes about having to train for “Top Chef,” given the multitude of a zany, never-in-a-real-kitchen type of challenges. But the very schizophrenic nature of the competition reinforced her passion for succeeding in food, and in life.

“The show is really about making it through,” Hall says. “In a restaurant, you put out fires every night. In catering, you might forget something. It’s all about recovery, thinking on your feet. A lot of the situations aren’t realistic, but they help you. When you get in your comfort zone, you get lazy. You grow when you’re out of your comfort zone. It was very cutthroat and I didn’t want to get into that.”

Hall’s circuitous route to chefdom began after graduating from Howard University with a degree in accounting in 1986. She spent two years at Price Waterhouse then, completely flipping the career script, became a model, walking runways from Paris to Milan to London. Modeling, she says, “was a bridge between what I didn’t want to do and what I eventually wanted to do … and I didn’t know what that was.”

By 1991, Hall was back stateside, living in Washington D.C., tending to her ailing mother and buying cookbooks and trying out recipes. Buoyed by rave reviews for food she made for a baby shower (buttermilk biscuits with smoked turkey, chess pie and sandwiches) for a local doctor, she launched the Lunch Basket, a company targeting the black community with beefless and porkless recipes.

Culinary training followed (L’Academie de Cuisine in Gaithersburg, Maryland), along with several stints in area restaurants: an externship at the Henley Park Hotel where she was promoted to sous chef; executive chef at The State Plaza; director/executive Chef at The Washington Club, a private social club. Hall started Alchemy Caterers in 2003 with a focus on using local products and infusing her classic French culinary training into comfort food.

“To me, comfort food doesn’t necessarily mean cornbread and collard greens,” she said. “I strive for ‘oompa,’ which is something memorable about the dish. Lots of people don’t like sweet peas. I think about what ingredient can I add that will make them sing. I add lemon zest, tarragon and butter to bring out more flavor.”

As for whether she plans on returning to the reality show cooking circuit, Hall seems uninterested (she’s also an alum of the Food Network’s “FoodFight,” a since-canceled cooking series pitting two teams of chefs against each other and the clock using regional ingredients.) “It [“Top Chef”] was something I did, but don’t see doing another competition. It was a jumping-off point, a really great experience and a stepping stone. I wanted to be competitive and I thought was. I realized that ultimately I’m competitive with myself.”