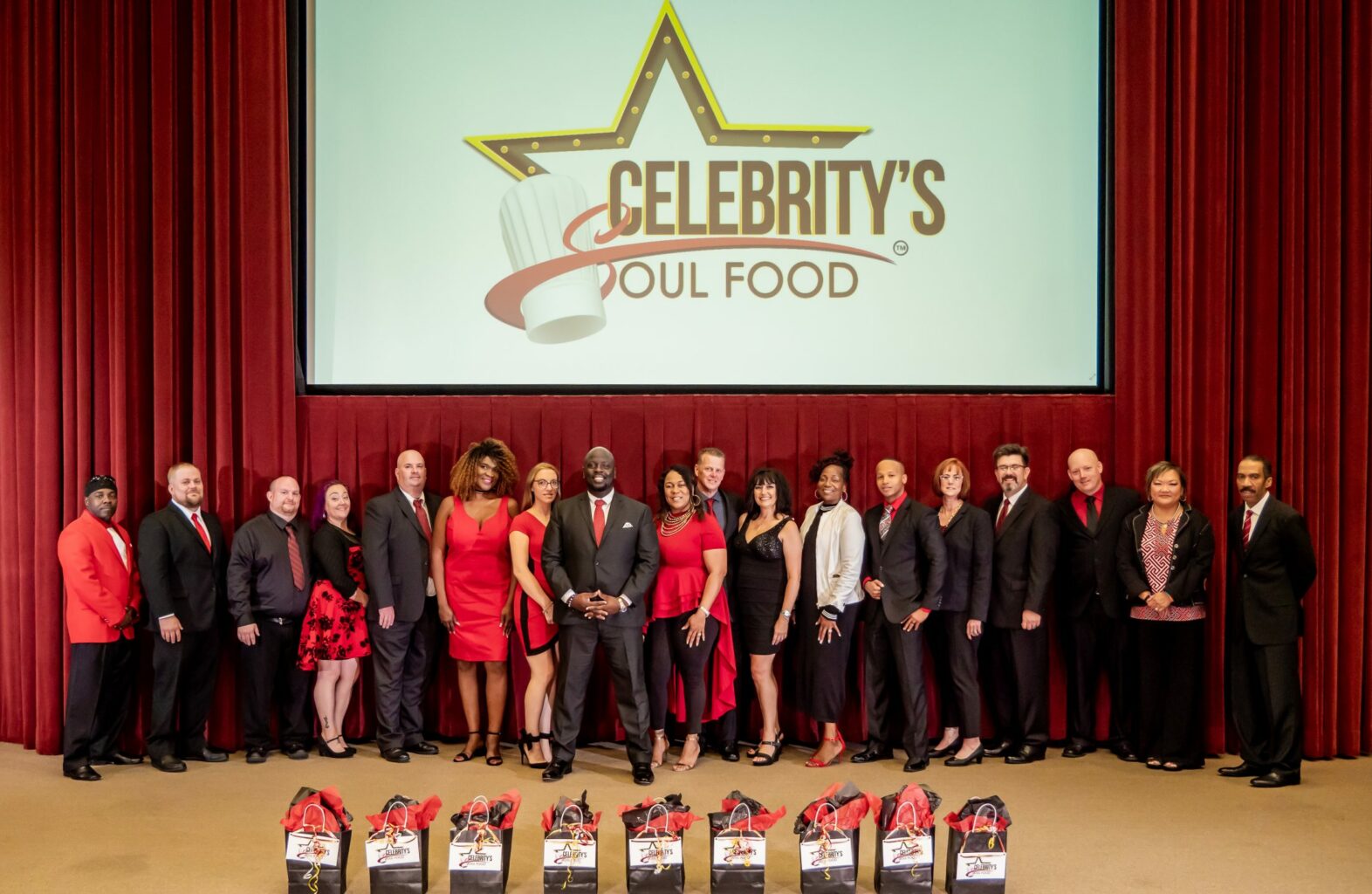 “Be wary of jobs that say they treat employees like family” is advice I’ve been given while job searching. More often than not, this means the job will take advantage of you and then pull a guilt trip when you decide to stand up for yourself.  Servers, bartenders, cooks, bussers, dishwashers will typically form a bond or alliance and that family feeling is more typical among themselves.

In the 20-plus years that I worked in the restaurant industry, I could count how many good and caring, “I got you” managers I’ve had on two fingers. However, there are managers who stand up for you and know the real value of having great and loyal employees; those bosses are few and far between.

Dr. Fredrick Jacobs is one of those refreshing exceptions.

“We’ve seen 140% growth in business,” Jacob tells me. “Even during the pandemic. I didn’t have to lay off anyone and we kept growing.” When I asked what he was doing differently, he says, “Two reasons: we are a catalyst for change in our communities.  When we serve community, community services you. And we have loyal employees. We treat our staff better and we treat their families better.”

Jacobs is the CEO of Celebrity's Soul Food, a franchise of restaurants he calls quality casual. “A fine dining experience at a casual price,” he says. “I want to make sure you can brag about our food quality without the high prices.”

The idea came to Jacobs as he was studying the market. “I saw there was an open market for soul food,” he says. “There are cuisines that are everywhere, but there wasn’t a leader for soul food.” Once Jacobs came up with that idea, he said it only took another four months before he opened for business. He and his wife opened their first restaurant with only $16,000. “We had very little money. Just enough for payroll and first month’s rent.”

Love and Care are the Origins

What puts Jacobs in a class of his own is his seriousness about soul food; it’s not just about dollar signs. He wants soul food, real soul food, to be as mainstream as Chinese and Italian. He wants the authentic taste of soul food, not food with a twist of soul. And he’s got the experience to back this up.

Jacobs was born and raised High Springs, Florida, and is the baby of his family. His parents spent their careers in law enforcement and heavily involved with their community.

They also instilled strong values in their children, telling Jacobs that education was something that no one would ever be able to take away from him and to “get as much as you can, while you can.”  He said that he was never satisfied with “small town perimeters” and heeded his parents' advice.

“I decided to keep educating, keep learning, put myself out for exposure,” he says.  Jacobs did not shy away from education; he holds a bachelor’s in business administration, a master’s in counseling, two doctorates, one in theology and the other in counseling. I asked him if he had any culinary schooling, and he said yes, but not in the traditional way. “Culinary school couldn’t help when it came to soul food because they don’t really teach it,” he says. “Authenticity is missing.”

Jacobs grew up around his extended family and said his grandmother (who birthed 15 children) and his mother were always cooking. Jacobs would help out, and by the seventh grade, he was cooking alone. The first dish he made by himself was his grandmother’s pound cake. “We didn’t have Pam or anything like that,” he says. “I had a paper bag that you shook up to mix everything. It was a little uncooked inside but was amazing.” By the time he was in high school, Jacobs says he was doing main meals along with plating and started to experiment with his own recipes.

One thing that Jacobs consistently brought up during our interview was what soul food meant to him as a child and how that love shaped into a business. He recalled a childhood memory that began with him being upset that he couldn’t go out to play. “I had fallen asleep on the floor because I was sad because it was raining and I couldn’t go out to play. I smelled an aroma. It smelled so good and wonderful. I followed it to the kitchen where my grandmother was cooking. That’s what soul food is to me; raining and then the sun comes out.”

Jacobs says that after his grandmother passed, his mom cooked a lot using soul food as a means of comfort. “And it worked. It made me feel comfort and contentment. That’s what soul food brings.”

A Tested Concept That Works

Jacobs decided to travel the world to get genuine experience with cooking soul food. “My grandmother was half Black and half Indian and exposed me to a lot of herbs and spices,” he says. Jacobs spent six years on his soul food journey going to places like the Caribbean and Haiti to learn more about the fusion of all the cultures in soul food.

“I spent time with grandmothers in the South,” Jacob shares. “If passion and love are missing, then the food isn’t as good.” Jacobs says he didn’t know how to cook many Cajun dishes, so he spent time in Louisiana and learned from an 80-year-old woman. He says they never even went into the kitchen while he was with her. “We just sat on the porch and talked about food, recipes and life. I pursued time and the person, not the food.”

He told me another story about traveling to Tennessee to look and learn more about desserts because he heard about a woman whose apple pies were legendary. “She was an older white lady,” he says. “And let me tell you something, she made a better apple pie than anyone of color. That highlighted one of the reasons I wanted to do this. Soul food has broken the barriers of culture and spread across cultures. That’s why I know it can go mainstream.”

Jacobs has a big-picture vision, and it’s crystal clear that he looks at every side possible, assesses and adapts. After opening his first location, he began doing pop-ups to gauge his soul food restaurant's success. “We built [in] annual numbers for pop-ups,” Jacobs says.  “We showed different components and tested different areas with events. Would soul food work at graduations? Yes.  Weddings and anniversaries? Yes. Can soul food survive in small towns with innovative soul food dishes? Yes. Can Soul Food go mainstream? Yes.”

With proof in hand, Jacobs’ next step was starting a franchise and found an in. “We were approached by a guy, Jason, who told me about his programs [through United Franchise Group]. It was a love-love relationship. He saw what we saw in the business and was blown away.”

Jacobs says choosing a company with “franchise” in the name was strategic. “We went with a franchise group because they are specialists,” he says. “They offered us 200-store rollouts in two years with 30 restaurants in development.”

However, it was still a process. “After the first year and a half, no franchises were open. We had to build systems, copyrighted and trademarked recipes, paid fees to states. Things that take time. It was two years in before we started to pitch and open.”

Celebrity’s is a Place of Empowerment

Jacobs is very involved with the company and owns controlling interest in Celebrity’s. He says that some of the recipes have been in his family for 60 years and has an executive chef who cooks food and has guests come in and try. “We put together diverse teams and listen to flavor palates of them and see what they say,” Jacobs says. “We use fresh ingredients items in specific communities and listen to our client base. We evolve quickly to accommodate you.”

The same can be said about how Jacob treats his employees. He tells me that Celebrity’s has an elite program for its workers, which tremendously shapes the business. “We only accept applications from people who have been in the industry for at least ten years,” he says. “We want that passion and skill set so we can partner with them through the program.”

Jacobs says applicants must also have a 680 or higher credit score, but if it’s slightly under, they will put employees in a program to help build up their credit. “We invest in employees, both financially and emotionally. When you help people heal and let them know they matter and you care, they’ll soar.”

Once a franchise is open, Jacobs says his director of operations helps manage the franchises by providing resources and partnerships with lawyers and directors so that the new franchise is not doing it alone. “We’re not people who just add name to restaurants and don’t put the time and love. We invest in people so they can create their own space.”

Celebrity’s Soul Food sells nothing short of delicious. Jacobs uses fresh ingredients, especially those specific to the community. “Our food is Grandma 2.0,” he says. “Innovated dishes to capture and pay homage to all those who have come before.” Celebrity’s offers vegetarian and vegan options for soul food, something that I told him I didn’t think was possible. But Jacobs pointed out that when you’re sitting down for a soul food meal, there’s typically a lot of sides and one or two main protein entrees. “The story of soul food has been told wrong and is misperceived,” he says. “There were always vegetarian and vegan dishes and people don’t need to die for comfort food.”

I asked what vegan item was the most popular, and he said that it was Beyonce’s favorite: fried corn ribs with aioli.  “Coated in our pimiento aioli, these succulent and crunchy ribs are not just for those looking for a plant-based option.”

Jacobs says Celebrity’s gold-infused wings are a hot commodity. “It’s gold-infused sauce, and gold flake on wings gives an insane taste of butter-Cajun spice,” he says, boasting. “[The] butter and honey dynamic cool it and it’s got spice and a little sweet.”

He also told me about their filet pineapple bowls. “Served attractively inside a pineapple with our saffron jasmine purloo rice, each bowl comes with your choice of protein offered at Celebrity’s.  We also fill each bowl with our charred pineapple slaw and your choice of our homemade and amazing sauces.”

If you got a sweet tooth, try “Celebrity’s award-winning red velvet cake with cream cheese icing and 24-karat gold but with a luxurious twist.  We serve the cake warm after soaking it in our homemade toffee sauce.”

Celebrity’s also sells what Jacobs calls “the black card for food” such as antelope and bear meat, which is only available through private selective vendors. Something Jacobs says took years of building relationships to achieve.

Jacobs is still planning on opening more stores in the upcoming months and years, which will be beneficial to employees and communities. “We do philanthropy work and service each community,” he says.

“We’re partnering up with food banks to make sure people don’t go hungry. The message of soul food is love and care all the way through, from employees to packing food with flavor.”