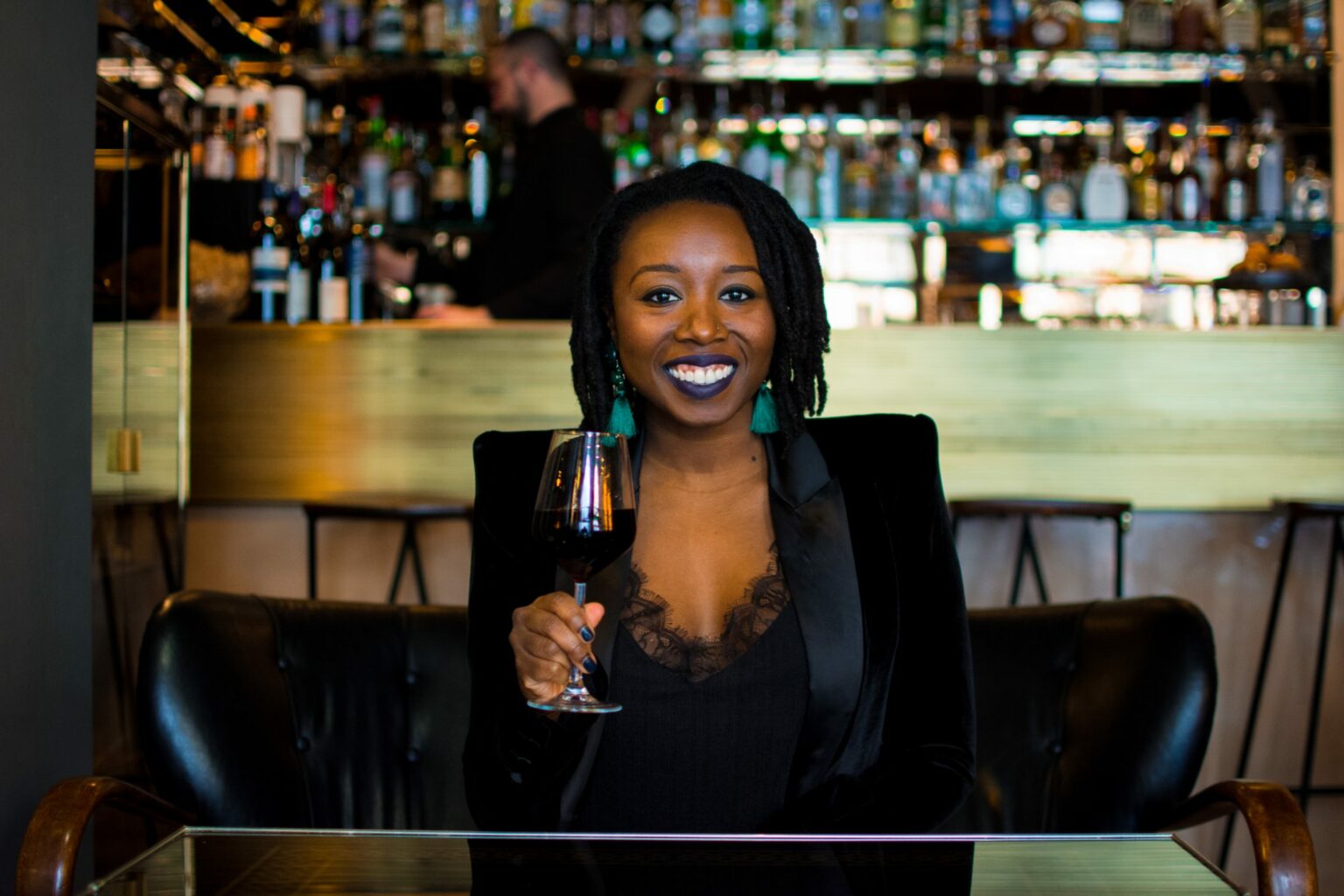 Cha McCoy has made a name for herself as a sommelier championing the inclusion of Black, Indigenous and people of color (BIPOC) in the world of hospitality. As a Black woman, she’s fully embraced her role as a remarkable voice in the industry. But when McCoy moved abroad in Portugal in 2019, she was confronted with a whole new reality and decided to do something about it.

In Portugal, McCoy was a sommelier at a modern fine-dining restaurant. She quickly noticed how her multilingual colleagues were able to switch between languages to serve guests from different backgrounds. “It was very interesting how not just one person, but a large number of my teammates all spoke at least three languages, and I couldn't deliver that type of hospitality in just English,” says McCoy. “I saw that a lot of clients actually did appreciate someone speaking or trying to speak to them in their language.”

For McCoy, this moment of realization wasn’t about pride; it was now impacting her tips and job advancement opportunities. Naturally, a lightbulb went off.

Inspired by the global Black Lives Matter movement, McCoy launched Lip Service in January 2021. The nonprofit aims to equip BIPOC professionals with language skills that will help them navigate and ultimately excel in the hospitality industry. From non-native English speakers who need to learn English to move from back-of-house to front-of-house roles to sommeliers who need to master French to pronounce certain wines correctly, there’s a multitude of reasons for hospitality workers to become multilingual.

“It came down to really trying to think of what Black people were probably not focusing on, that they might also have easy access to. The barrier to entry for learning a language is low; you don't need a tutor, you don't need a master sommelier to come in [and] say, ‘Now you speak French.’ You don’t need to pass tons of exams. It's really about your own consistency, your own study habits,” says McCoy.

Not only do foreign languages help with career advancement, but McCoy believes it’ll help give hospitality workers of color the confidence to travel and relocate internationally with ease. English is widely spoken, but for many businesses both inside and outside of the U.S., other languages are spoken among colleagues and if someone doesn’t speak that language, it’s easy for them to feel alienated.

“Language is definitely going to be an access point into rooms that we weren't even thinking about. You're trying to get a job in New York and maybe as a person of color, it's been hard for you to do that. But as soon as you put on your resume, ‘I speak French and Portuguese fluently,’ I doubt someone's not going to look at your resume. If it’s a French-themed restaurant, then there’s even more reason why they would.”

McCoy likes to think of Marcus Samuelsson’s story as a true testament to this. Not only is he a gifted chef, but as an Ethiopian man raised in Sweden, he brought a level of authenticity to the Nordic-themed restaurant Aquavit that propelled both Samuelsson and the venue to great heights.

“He was the appropriate fit because he could represent Aquavit in real life. The narrative of him being a Black man did not actually stop him – it may have made him different, but the idea of him actually being Swedish in New York City and being able to speak the language and connect with other Swedes who came in was more important,” McCoy says.

Lip Service That Pays It Forward

Lip Service scholarship recipients will receive a subscription to the language learning app Babbel, along with access to language tutors, books, and other material. The launch has been warmly received with some wondering what took so long for a nonprofit like this to pop up. Programming will be free for scholarship recipients, with other participants receiving services at a heavily discounted price.

For now, Lip Service is a strictly digital program, but when the world returns to normal, McCoy wants to eventually take it internationally with immersion trips to wine regions when participants can use their newly-acquired language skills immediately.

For McCoy, wine is a window into the world. “It winds up being, for me, the connector to various cultures, and when I'm visiting as the traveling somm[elier], I’m there exploring the wine culture of the people.”

But for many, the world of wine is intimidating. And if McCoy can help more people of color become interested, fascinated, and less afraid of wine, then her mission is right on track.

How to Get Involved

McCoy is currently seeking both corporate and independent sponsors. For more information on sponsoring a language-learning student, visit https://www.chamccoy.com/lipservice.

If you’re a person of color in the hospitality industry, apply for the scholarship today at https://www.chamccoy.com/lipservice.  The deadline closes Friday, February 5.

Want to tackle a new language and take part in Cha McCoy’s 90-day #LipServiceChallenge? Sign up for the challenge at https://www.chamccoy.com/lipservice.

If you speak several languages and want to donate your time as a language advisor,  reach out to McCoy on her website at https://www.chamccoy.com/chatwithcha.