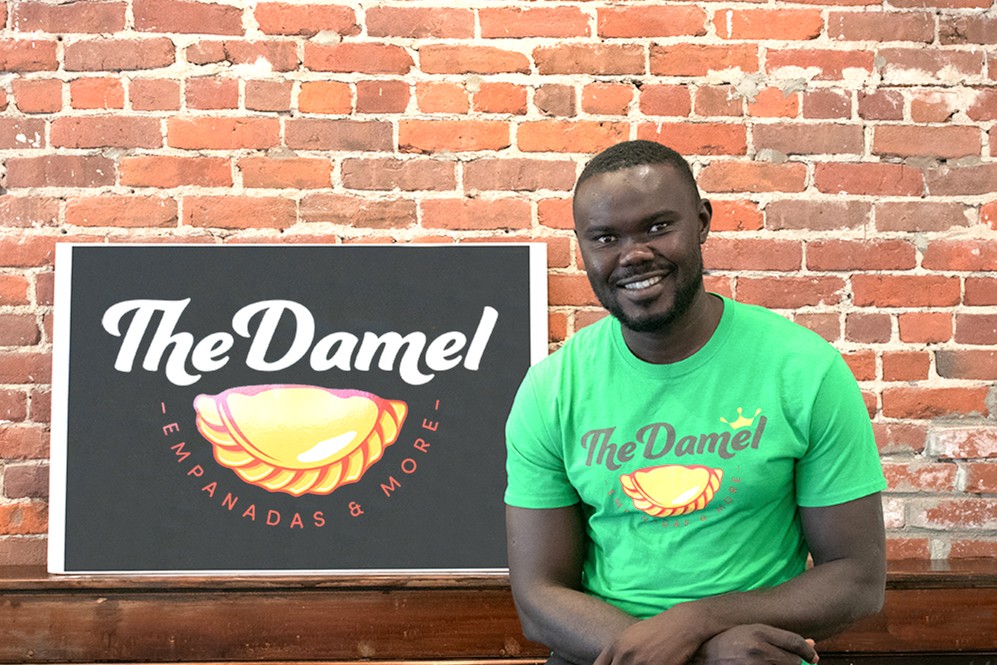 For chef Oumar Diouf of The Damel in Oakland, California, establishing his restaurant last year to offer an Afro Brazilian fusion dining experience to guests has been both the culmination of his many professional endeavors and the heralding of an exciting new chapter. His journey has witnessed his move from his native Senegal in West Africa to South America and eventually setting up shop on the West Coast in the United States. Through it all, he has been driven by a mission to bring global cuisines to local audiences and present flavorful preparations with his own signature style, one that he has perfected over several culinary adventures.

It All Started in Senegal

Diouf’s tryst with the culinary world began out of necessity at the young age of 13. Born and raised in Meckhe, Senegal, he took to helping his mother by cooking for the family when his father passed away. It was, however, uncommon in these parts to see men in the kitchen, especially young boys who should be out playing. Bullying from friends and neighbors ensued, but that didn’t curb Diouf’s eagerness to do his bit. “It’s more important what I am doing than what people are saying, so I kept going,” he shares of his cooking skills. “My mom always said you never know, you have your whole life ahead of you. One day you are going to need it.”

Those words rang true when he left Senegal for Argentina on a soccer exchange to pursue playing professionally. When injuries put that game plan on a standstill, Diouf turned to his culinary skills as plan B. He went to culinary school to get his degree and learn professional tools and techniques.  An opportunity to open his first restaurant in Argentina soon followed. “It kept me busy and had me learning more. You learn more from experience than what you learn at school,” he says.

The next opportunity presented itself in Brazil and after moving there,  Diouf started a catering business and worked in larger hotels. That prepared him for some of his best work — the 2014 FIFA World Cup and the 2016 Olympic Games in Rio de Janeiro. “Those are the two most proud moments of my career. I was cooking for 5000 people a day. I was also maybe the only African descendant, being Black inside the kitchen, with over 100 people and me leading them, having everything go smoothly,” he shares. “I was trying to become a soccer player in my career, so the fact that I was the one taking care of these players now and cooking for them, it was a dream come true.”

But Brazil proved to be a larger playground than he had anticipated. It was during his time there that he observed the similarity between African and Brazilian food. These were the same techniques and ingredients he had learned to cook back home, so he set out researching, which took him to Salvador de Bahia in Brazil’s northeast region. “History-wise, this is one of the most impressive cuisines because it comes from the slaves. They came with no resources or background and few ingredients but created wonderful dishes,” he says. He knew then that his long-term plan would be to share Afro Brazilian cuisine with the world.

Currently, Diouf is eyeing business in Senegal to expand The Damel group there. The name Damel holds historical significance as it was the title given to the king of the Wolof kingdom of Cayor in what is now northwest Senegal. Diouf is also planning on organic farming for produce for the Senegal location and potentially for The Damel USA too. He has started The Damel Foundation in Senegal as a way to give back to his country, helping young children and stay-at-home moms. Aside from his Oakland location, in the works is a new San Francisco location and a newly introduced food truck. He has also set sights on Portugal or France to enter the European market.

Owning it in Oakland

As for the move from Brazil to Oakland in 2016, he says, “I am competitive by nature.  What I always wanted to do and see myself do is to be where the biggest players are. When talking about gastronomy and culinary, America is number one and has big names like Gordon Ramsay, Anthony Bourdain and Jose Andres. That’s my goal to be one of the best.” Inspired by these celebrity chefs and with a dream to find his way to be in that space and start his own business, he eventually incorporated The Damel in Oakland because of the lack of representation of African and Brazilian chefs.

Doing business in America was a mixed bag with its own share of conundrums. “It is way more challenging to start a business here,” he shares. “With the paperwork and legal, you have to make sure you got everything right. But it is also very easy to scale your business.” He counts among his mentors East Bay SCORE volunteer counselor Leland Dear and Wuri Ventures founder Tijan Watt who provide countless hours of guidance as he plans his next moves. He admits it takes a lot of time and work and he spends 90% of his time working on his business.

“I have a customer base of people seeking to find the same taste as they have back home and keep in touch with their ancestors.” Catering to that clientele at The Damel, Diouf presents Argentinian empanadas, Senegalese fataya, Brazilian acaraje, tapioca puffs and coxinha, Senegalese dibi lamb and chicken and more.

Impressive is that all of this progress is reported during the pandemic, which has rendered many businesses in the food and wine industry nonexistent. “It pushed me down as low as I never did but also lifted me up as high as I never did,” says Diouf. While almost on the verge of closing doors, an opportune invitation from the City of Oakland to provide 300 meals a day in partnership with World Central Kitchen, as a call to action during the pandemic, prove to be Diouf’s saving grace.  In serving hungry Oaklanders, Diouf was able to move to a new location, retain his valued employees and work on expansion plans.

From a personal challenge in his youth that set him on a course of culinary exploration, to the professional challenge posed by the pandemic that he has overcome, Diouf has undoubtedly played his best and scored.

The Damel is located downtown at 1312 Broadway.  For restaurant hours, the latest updates on new restaurant projects, food truck and foundation, visit online at www.thedamel.com and follow along on Instagram. Be sure to try Diouf’s recipe for traditional Brazilian cheese bread from our recipes.