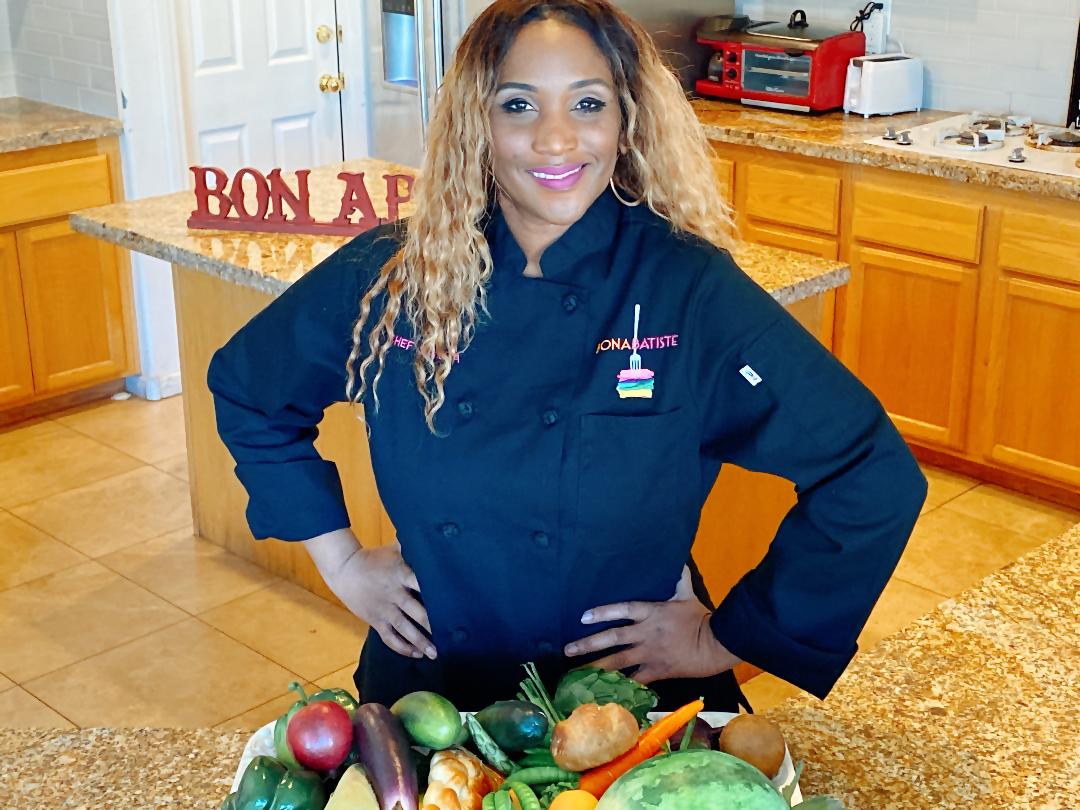 Cajun Creole-inspired cuisine from the bayou to the west coast.

The current economic climate might not be one for new business ventures unless you have years of expertise backing that decision. For chef Sandra Batiste of BonaBatiste Taste Couture, more than a decade of culinary experience will see her launching her first physical restaurant concept called Bayou Scratch Kitchen in Las Vegas, Nevada. The Bay Area native will bring her family’s Cajun Creole influences to the fore with a fusion spot where everything is made from scratch.

Surprisingly Batiste’s professional career started in a different industry but somewhat connected to her current passion. She first worked in the music business and managed artists signed to major labels such as Warner and Sony. Her cooking garnered favorable attention at a few industry parties with the constant feedback being, “You are in the wrong business.” After putting it off for many years, she turned to culinary school in 2012 and completed the program in 2014. “I wasn’t passionate about the music industry or entertainment in general. I didn’t have the same fire that I have being creative in the kitchen,” she shares. That fire she describes resulted in her establishing a catering company part-time as a hobby in 2007, which truly gained traction by 2011 and earned her media exposure on TV One, CBS, Variety and Hollywood Reporter. Appearances at events such as Coachella, Rolling Loud, Hollywood premieres and launch parties soon became commonplace.

“I knew there was a shift and a change coming when the Coachella team contacted me. At that point, it was flattering and surprising, but it’s been surreal,” she says. Serving anywhere from 300 to 300,000 guests was part of the broad spectrum of client projects she catered to. “It became a real business and I dedicated myself to it full-time.” A relatively small team of 20 and some outsourced helping hands are integral to pulling off each job with élan.

A signature move is putting her special spin on every dish. Along with her chef partner Che Gaines, who appeared on the Bravo Network show “Chef Roblé and Co,” they call themselves the SanChe Remix. “We are a small team, but we all wear several hats,” Batiste shares. Now she is gearing up to launch her first brick-and-mortar location at The Gramercy in Las Vegas.

After catering for many years and shuffling all of her equipment to every single event, she admits it feels good having people come to her for once. “I will try to be there at the restaurant most of the time. I am a hands-on type of person, so for me being there means more,” she says. At 3,000 square feet and a capacity of about 150 people, the off the Strip location isn’t too big but enough to make guests feel welcome in a warm and inviting environment.

Batiste’s Creole and Cajun family background plays a part in her successful streak as a chef. Her grandfather was a chef on Bourbon Street in Louisiana. Her grandmother is from Texas and influenced her to cook everything from scratch. “Even though by the time I was born my grandfather had already passed on, some of those influences I got from my uncles who watched their dad cooking every day. The gumbo, beignets, etouffees; we love cooking in my family.”

Growing up in the melting pot that is San Francisco had its perks too. “Being raised near Chinatown and having all these great restaurants, from Italian and Filipino to Indian and French, opened my palate and knowledge of all of these amazing cultural influences and my entire cooking catalog.” For culinary travel, she names Tokyo and France as her international favorites —the former for some of the freshest food available and the latter for attention to detail for something as simple as a request for mashed potatoes. At home, though, Batiste considers seafood a staple (she loves Dungeness crab) and you might probably find her whipping up an Indian fish curry or crawfish etouffee in her kitchen.

Home currently is Las Vegas, although Batiste has lived in Los Angeles previously. While planning for the new restaurant opening had moved from May to possibly June at the time of this interview (given the coronavirus restrictions), she is excited for the prospect of new beginnings. Batiste describes the menu as Southern flair but with more of a colorful blend of different cultural influences on one plate.

Moving from a catering arrangement to a physical location has been a bit of a culture shock for Batiste. “On the catering side, you know an event can be a month or week away and you have the time to prepare. We are learning on the restaurant side that every day is a catered event and there is an expectation every single day,” she shares.

Though it calls for a tweak in mindset, Batiste enjoys the development aspect of pulling different ideas together. “I definitely want to give 100% to the restaurant in its first year, especially now because things are so different.” The pandemic has brought a few things into focus and she isn’t mincing words. “I believe it has caused everyone to rethink how they want to project themselves going forward. I am trying to turn this negative to a positive,” she shares. “I definitely changed a few things that I would normally consider putting on the backburner.”