Chef Suzanne Barr: Curating Her Own Culinary Vision in Toronto 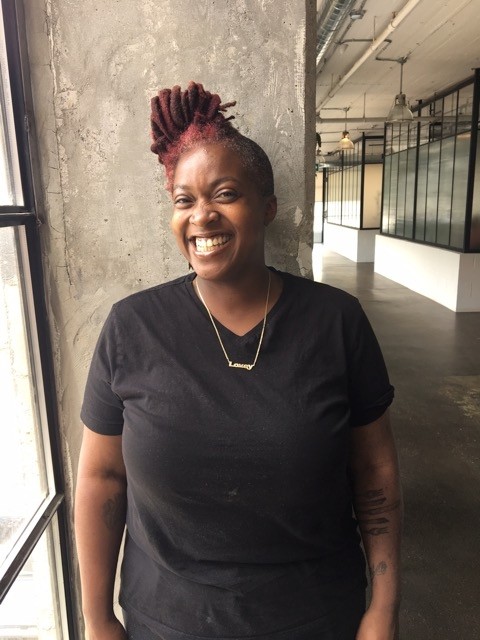 Welcome to Toronto, one of Canada’s major cities that attracts more than 13 million tourists a year.  A metropolis for all things business, events, food, culture and more. It is also home for chef Suzanne Barr, chef-in-residence at the Gladstone Hotel, a boutique hotel known for its artist-designed rooms.  Barr recently closed the doors to her first restaurant, Saturday Dinette, after three and a half years following an unresolved dispute with the building’s landlord.  A note on the website reads, “After a longstanding battle with our landlords we no longer found it to be the safe haven to us as a family and operators of a community centered restaurant.” But it is simply on to the next chapter for the chef who returned to her birth city five years ago.

The Canadian-born chef of Jamaican decent was raised in Florida and like most, didn’t follow a straight path into the culinary arena.  The stress along with the pulls and tugs of corporate America would eventually push her away to search for something more fulfilling.  “I was finding that I wasn’t happy in what I was doing. I wasn’t doing the work that was making me passionate. I wasn’t fulfilling the things that I wanted to do every day,” says Barr who was working in New York at the time.  A weekend getaway changed that.

RELATED: The Essence of Essie’s Restaurant in the Hudson Valley

While joining a friend at a sweat lodge in the Catskills, Barr had to take a job for the weekend and chose to work in the kitchen.  That would be an experience that would change the trajectory of her life.  Feeling reconnected, she returned home and by the end of the week was enrolled in a culinary program at The Natural Gourmet Institute there in New York.  She graduated eight months later.  “I wanted to understand food and health nutrition.  A big part of understanding food and nutrition takes me back when I was cooking for my mother when she was very ill with cancer and understanding what the body needs during certain times of your life.   That really pushed me to find a program that complemented what I wanted to offer to people as a daily bread,” says Barr.  Although her time in the Catskills helped to give birth to her new career direction, it was her father who planted the seeds. “He was curious about food and always came up with different ideas from the things he had seen or read about.”

For about two years, Barr worked as a private chef through an agency that took her to France to cook for a family for a year. When that job assignment was over, she stayed in the country and enrolled in a culinary program.  She would later meet and fall in love with her husband and business partner.  They both returned back to the states and settled with near Barr’s family in Florida.

A desire to visit family back in Toronto prompted Barr and her husband to take a road trip.   They got into Canada but was not allowed to get back out once they approached the border.  Making the best of the situation, they decided to stay and make Toronto home.

The couple started a catering business and then opened Saturday Dinette in 2014, offering lunch and dinner.  The day they opened was the same day Bar found out she was expecting her first child.  Prior to its closing, she says, “This loving space, community center is great for meetups with friends and family gathering.  It became something that I didn’t expect it to become.”  The menu was influenced by her travels throughout Europe and time spent living in Atlanta, Miami and New York and accented with Greek and Australian highlights from her husband.  Saturday Dinette was highly revered by the community it served and will surely be missed.

But rest assure, you can still experience a taste of the West Indies and more at Saturday Dinette’s “lil cousin,” Kid Chocolate slated to open later this summer on Gerrard Street E.  Inspired by the Cuban boxer Eligio Sardiñas Montalvo, Kid Chocolate will be a lunch counter and bar serving prepared meals as well as “a space where you can get away and forget that you are in Toronto.”  The business duo plan to offer meals with the same culinary-forwardness that made them a neighborhood star.

In the meantime, be sure to dine with Barr at the Gladstone Hotel every Sunday – Thursday now through September 28 between 5:30 – 11 pm.

For more information about Barr’s stint at the hotel, to make reservations and to look at the menu, visit http://www.gladstonehotel.com/spaces/suzanne-barr-chef-residence.  You can also follow her on Instagram.