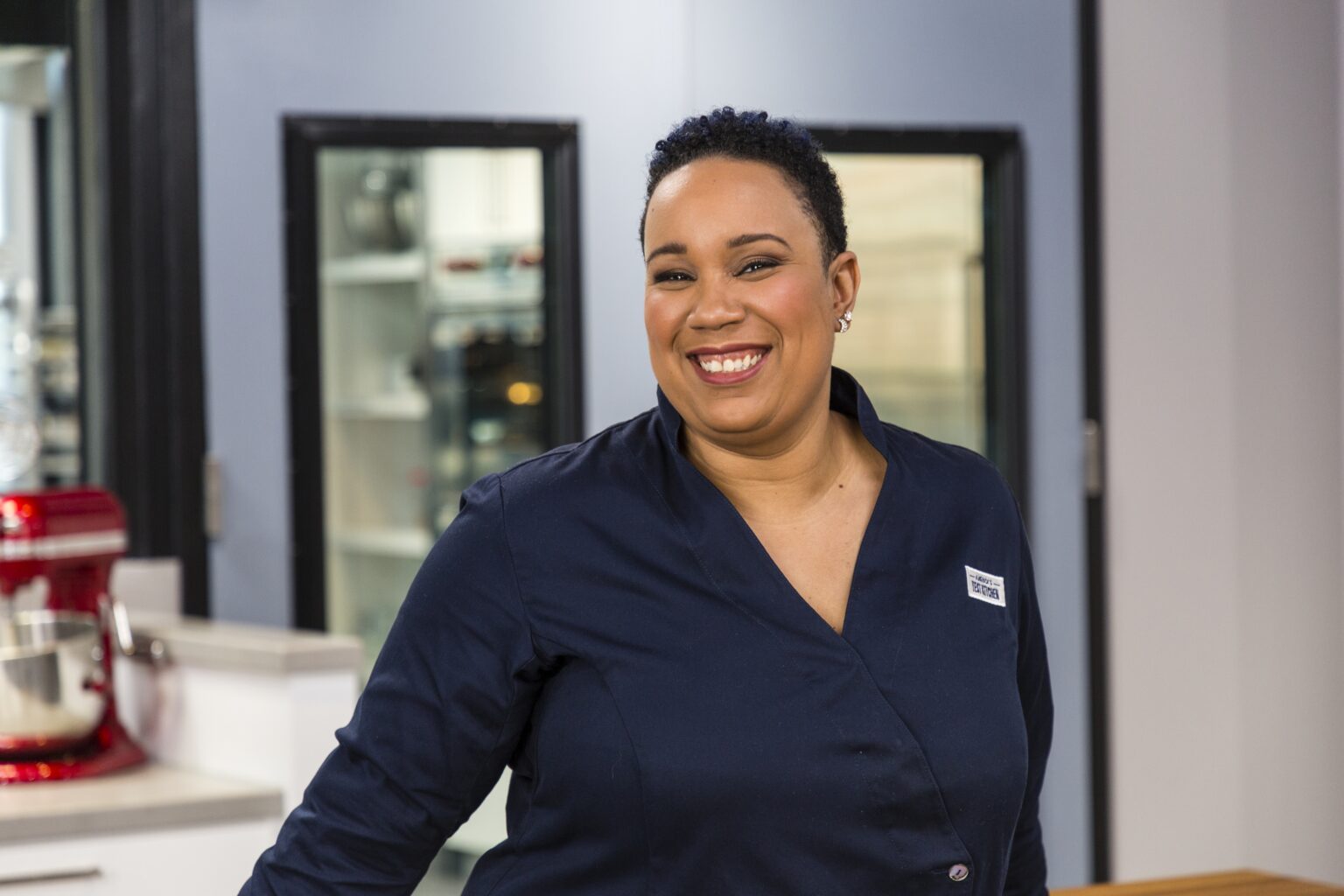 One of the most enduring legacies of African-American trailblazers is the bridges they built for others to cross. The conquering spirit that led them to venture into unchartered waters lives on in talented Blacks with the courage to be the first or one of the few in chosen careers. Elle Simone Scott is one of them.

“Someone’s got to do it. For me to get the opportunity or the honor to hold that space or create that space, it means a lot,” says Scott. The food stylist is the first Black woman to land a position as on-air talent for the PBS show, “America’s Test Kitchen. “Everything you do is not going to be the easiest thing you do. But if you do it, someone else who looks like you will get the opportunity to do it.”

Today, people who love using food to enrich the lives of others can follow numerous paths to success. Scott’s passion for food took her from Detroit to New York and on to Boston. “I teach the viewer, essentially the science behind how we develop our recipes. We use the phrase, ‘We make the mistakes so that you don’t have to,”‘ says Scott. The former social worker is a trained chef with a degree from the Culinary Academy of New York and a master’s in business entertainment. She worked as a freelance food stylist and culinary producer before joining PBS three years ago. Her SheChef networking organization mentors women in the culinary industry.

Scott’s work on Food Network, The Cooking Channel and Bravo’s “Chef Roble and Co” helped to build her reputation for excellence. “I’m really good at cooking, but I’m even better at food styling. I feel for food visually the way people feel for food when they eat it,” says Scott. “My job is to make you want to be involved with the food somehow, someway; cooking it, eating it and sharing it.”

The founder of Middleton Made Knives makes the kind of cutlery people need to perform their best work in the kitchen. He approaches making knives for cooks and chefs with the same dedication required to create an exceptional dish. “Anything you do has to have passion in it if you want to be taken seriously. Your passion makes a difference,” says founder Quintin Middleton.

His client list includes such celebrated chefs as Emeril Lagasse, JJ Johnson, Todd Richards and Roblé Ali. The South Carolina native sells his handcrafted knives for prices that start around $200 to custom knives for $1,500. “There are a lot of knife makers out there, but there are very very few Black knife makers,” Middleton says.

That same passion, training and dedication are making it possible for other Blacks to succeed in several culinary careers inside and outside of kitchens, from food culturists to food show judges.

Nelson’s interest in celebrating chefs of color inspired her to create BlackCulinaryHistory.com in 2008. The website and social network are devoted to preserving Black culinary heritage throughout the African diaspora. Her work helps to promote and protect the contributions of a new generation of Black chefs. She is a member of the Southern Foodways Alliance, Women Chefs and Restaurateurs, National Association of Professional Women and Culinary Historians of New York.

These three food influencers created Dine Diaspora to offer opportunities for others to appreciate the many contributions the African continent has made to culinary cultures around the world. Their agency, based in Washington, D.C., specializes in immersion experiences, event design and influencer engagements that connect people and brands to African foods. From their Dish & Sip events to the articles on their blog, Boakye, Afari-Dwamena and Oduro link people to the beauty and significance of African food culture.

The founders of PowerHouse Productions have earned a reputation for creating quality programming and developing new talent. Rochelle Brown and Sonia Armstead launched their full-service production company in 2003. They are the creative team behind numerous television series and specials, produced in the field and in the studio.

RELATED: The Women Behind PowerHouse Production

Brown and Armstead are the executive producers who helped bring such programming as “The Essence of Emeril” and “Road Trip with G. Garvin” to television. Their most recent work includes shows for CLEO TV, such as “Just Eats with JJ” and “New Soul Kitchen.” From initial concept to final edit, PowerHouse Productions delivers lifestyle, reality and documentary programming that is top-notch.

The founder of Fresh Future Farm is a 2018 winner of the John Egerton Prize from the Southern Food Alliance. She launched her organization in South Carolina because of the disparities in the health, wealth and quality of life experienced by residents of the Chicora/Cherokee neighborhood in North Charleston. Germaine Jenkins and her staff began growing healthy food to build a stronger community.

Jenkins has degrees in Baking & Pastry Arts and Food Service Management from Johnson & Wales University. She has worked in the nonprofit sector for more than a decade. She won seed capital to start Fresh Future Farm after completing certification for Commercial Urban Agriculture with Growing Power, Inc.

For the Love of Others is the organization Lauren Puryear created to improve the lives of people from all backgrounds. As CEO, she wanted to empower, enrich and enhance people’s lives by helping them discover a more meaningful purpose. Her mission to feed 30,000 less fortunate individuals has now reached 187,469 people fed and growing.

Puryear mastered extreme couponing to achieve her goal. She now travels around the country to teach others about the power of couponing.

When he sits at the judge’s table on Food Network’s “Beat Bobby Flay,” this restaurateur’s opinions are backed by more than 30 years of experience in the culinary world. Craig Samuel began to appear regularly as a judge on Flay’s show after being featured on “Chopped” and “Diners, Drive-ins and Dives.”

Samuel attended Temple University and The Restaurant School in Philadelphia before starting his career as a chef in fine dining restaurants in New York, Philadelphia, Paris, Spain and Miami. He is the creative mind behind the B+C Restaurant Group. Samuel’s reputation as an entrepreneur in Brooklyn’s Bedford–Stuyvesant neighborhood garnered acclaim as he and business partner and fellow chef Ben Grossman opened several successful eateries.

They started B+C Restaurant Group in 2006 with the opening of the Smoke Joint, a barbecue restaurant. Next came Peaches Kitchen and Bar, Peaches Shrimp and Crab and Peaches Hot House. B+C has received many accolades, including Brooklyn Magazine’s Lifetime Achievement Award and The 50 Most Influential People in Food Award.

Be sure to look for part two of Careers in Culinary for details on food stylist Emma Feigenbaum and some of today’s top Black food activists and authors.