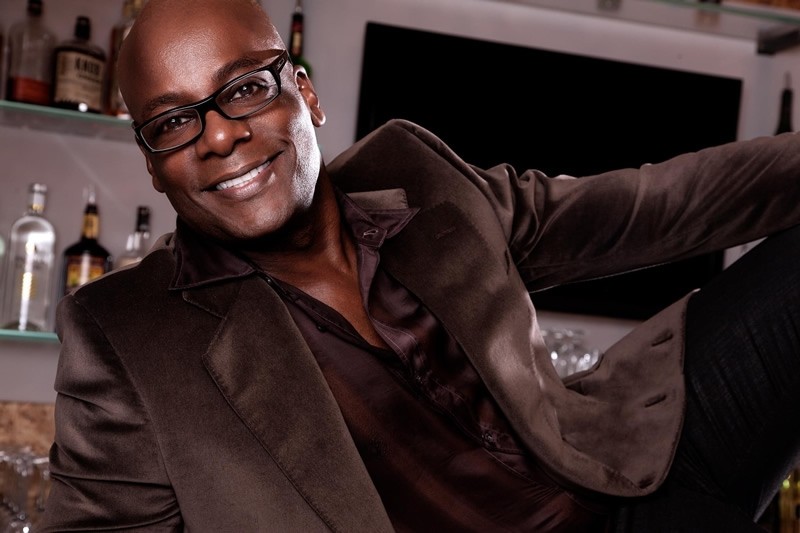 Mixologist Darryl Robinson, familiar to everyone on Cooking Channel’s show, “Drink Up,” is full of creativity, energy and passion for the art of crafting the perfect cocktail. Whether it’s vodka, a specialty liqueur, or tea, cocktails are creations that liven a party and the palate. Cuisine Noir recently caught up with Robinson to talk about creating great cocktails at home and unique drink ideas for the holidays.

Into the Mixology Industry

Robinson first came to national attention for many viewers on the Cooking Channel’s “Drink Up” series, which has been on the air for three years. Cooking Channel came up with the idea for the show but was unable to find the perfect host to carry the show’s vision and connect with a viewing audience. Enter Darryl Robinson. Literally. “It was the shortest audition of my entire life,” he says of his meeting with Cooking Channel. “It was only ten minutes.” That might sound like an exaggeration until you actually talk with Robinson – he really is that charismatic. It helps that Robinson has two bachelor’s degrees, one in theatre and speech, and the other in psychology. No doubt the theatre background has helped him in his work in front of the camera, but none of his degrees are in the area of bartending, which is what he’s become famous for.

“Drink Up” is a show about cocktails, but it’s not about over-indulgence. In fact, when asked about industry trends, Robinson says that cocktails are actually getting less boozy. “Clubbing isn’t dead, but people are more into socializing and atmosphere when they go out. People want to go to three to four to five places in a city. You don’t want to be trashed after two drinks.”

RELATED: A Region on the Rise: France’s Languedoc-Roussillon

That philosophy carries over to the first of three common mistakes Robinson highlights that people often make when preparing cocktails at home. “The main mistake people make is putting too much booze into the cocktail. More is not better.” Cocktail ingredients should be measured carefully to create the right balance and caution must be taken not to erase the taste of the non-alcohol ingredients. “I’d rather have it neat [a spirit served by itself, simply poured into a glass] than have too much of it in a cocktail.”

Second, Robinson, like many mixologists, comments on the use of ice. “Crushed or shaved ice will dilute the cocktail much faster than you want to. When adding ice to a cocktail, use huge cubes, maybe only one. Even when shaking cocktails, try using larger chunks of ice.” Shaved or crushed ice should only be used when it’s actually part of the cocktail like a frozen daiquiri.

The third tip for better cocktails at home is knowing when to shake and when to stir. “Don’t make a margarita by just pouring it over ice.” That’s not a proper way to mix those ingredients. Robinson’s general rule to follow is, “Shake when there are juices, syrups and non-alcohol ingredients. Stir when there are only spirit-related mixtures.”

Non-alcohol ingredients are an essential part of many cocktails and that comes up in the conversation about making cocktails at home. On the show, Robinson always uses fresh ingredients and he’s been doing so for years, long before the popular farm-to-fork movements. “The money is not as big as the time,” when asked about why more people don’t use fresh. It definitely takes longer to make a cocktail with fresh ingredients. “Fresh isn’t always easier,” Robinson says, “but the cocktail will taste better.” Calories might also play a factor when choosing what to mix with. “Decaffeinated teas are a great way to flavor cocktails for only five calories. Jumbo drinks can have 800-900 calories with other mixtures.” Robinson says that you’re only as limited as your imagination.

Gift Ideas for the Holidays

Making holiday cocktails at home is always a welcome activity and the holidays provide the perfect opportunity to give spirits and liqueurs to those on your list. But before you go out and buy an ultra-expensive bottle of scotch for your boss, Robinson advises, “Liqueurs make better gifts because they can be used to flavor several drinks. Spirits are harder to match – unless you know the person’s tastes.” That makes sense and Robinson also has an opinion on presentation. “I hate buying a bottle and putting it in a gift bag. Buy the gift sets.” One of his favorites is St. Germaine Elderflower Liqueur. It’s a versatile liqueur that can mix well with several spirits. Spirits are not completely out of the question, however, and you can use the holidays to explore. “There are some new spirits in the $15-$20 range. Ask around and try a new label in vodka or gin.”

Be sure to try his recipe below to kick off the holiday season right.

In an iced mixing glass, gently chill vodka and PAMA and strain into a Champagne flute.  Add prosecco and orange juice (chilled) and garnish with pomegranate seeds.

Update: Darryl Robinson passed away in his New York in February 2014.