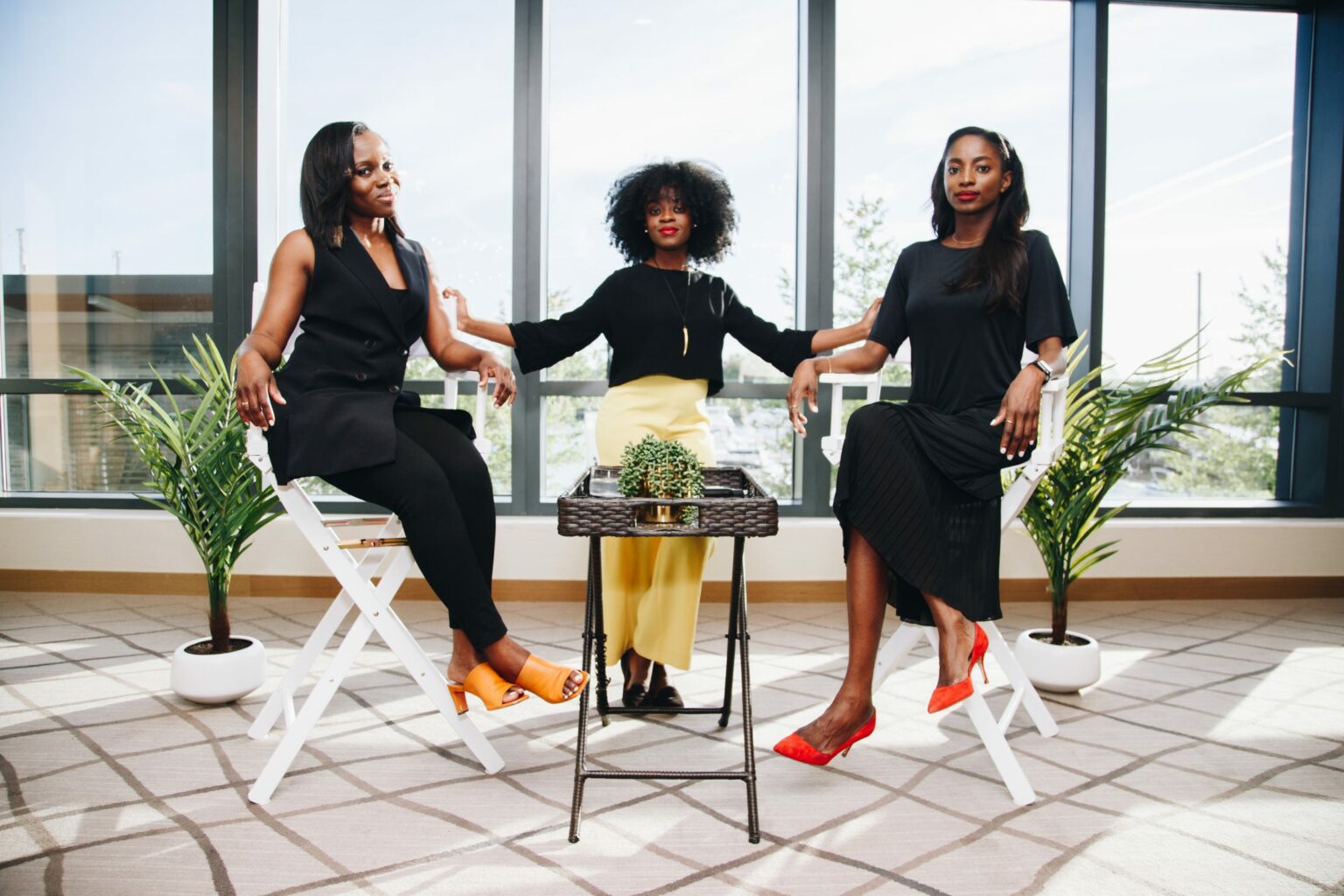 The D.C.-based organization creates a 31-day celebration promoting contributions of women in food.

Connecting people to African food culture, Dine Diaspora was established in 2014 by three talented women from Ghana living and working in Washington D.C.  The young professionals were looking to create authentic and meaningful connections that the available networking channels locally simply weren’t accomplishing.

Their initiative began with dinners featuring African chefs and cuisine so people could connect over the common denominator of food yet learn about a new culture, history and heritage.  Over time, their work expanded to festivals and events, but they noticed that they were primarily interacting with men, albeit from the Black community.

Solution providers at heart, they decided to address it under the Dine Diaspora umbrella with a new effort. And so it is that co-founders Maame Boakye, Nana Ama Afari-Dwamena and Nina Oduro created 31 days of Black Women in Food (BWIF).

“The number of Black women being recognized and amplified was much less than the male figures, so we decided that to solve our own problem, we needed to create an initiative that amplified and honored the women and was also accessible to others,” Oduro shares. Held in March during Women’s History Month, BWIF celebrates the achievements of Black women in the food and beverage industry globally, across six competitive categories. 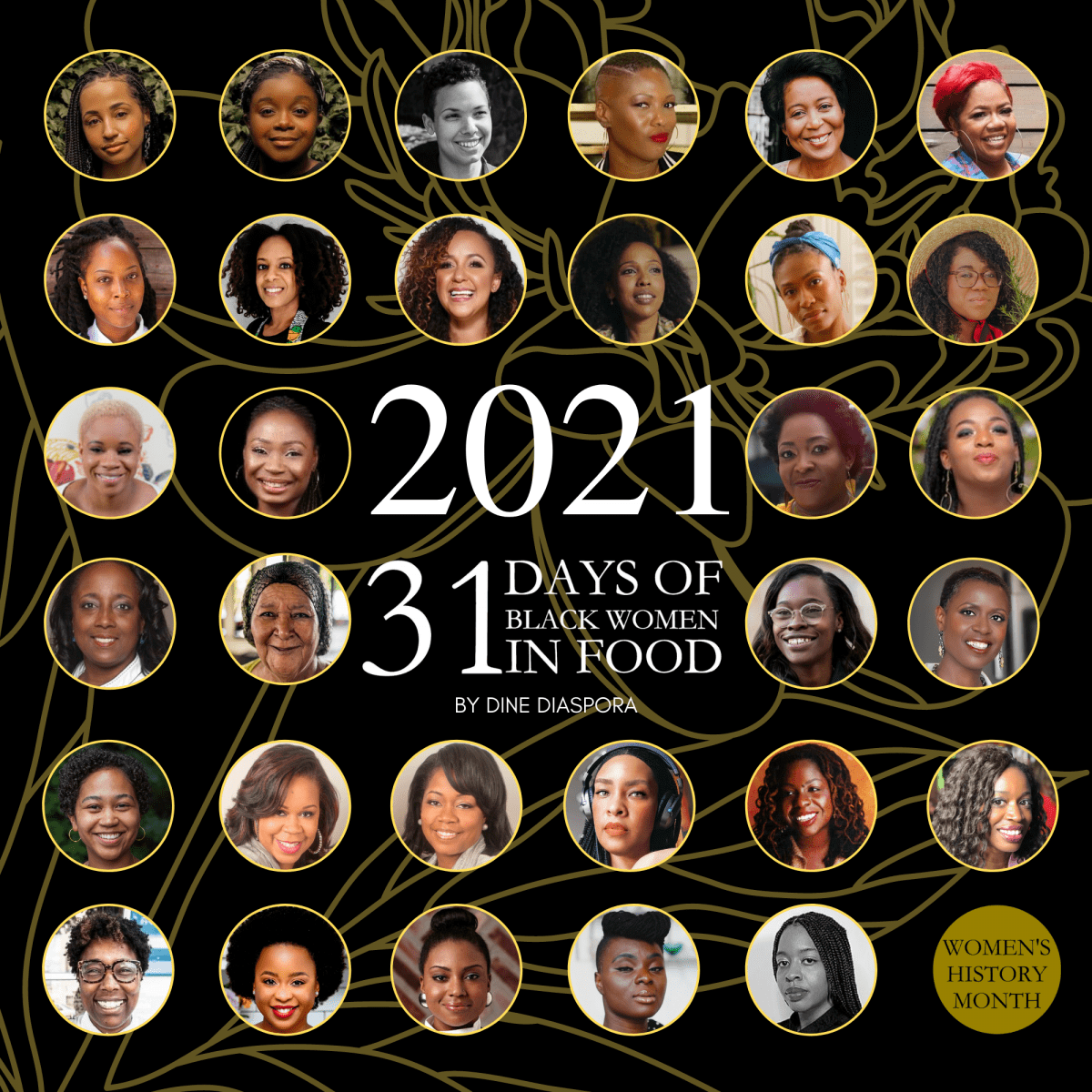 There are two judges per category, and candidates hail from a variety of professional backgrounds. Nominations are open to the public for about two months, after which judges deliberate and the honorees are announced.

The most recent honorees are currently highlighted on the site.  Overall, Dine Diaspora has honored more than 124 women thus far in the four years that BWIF has been held. Honorees are promoted throughout March and beyond.

This includes media opportunities and networking, which is, as Oduro mentions, “to not just meet each other but to be in a space of solidarity, knowing that it’s a long road. It’s not just the honor that is pivotal, this is a career for honorees, and also to discuss some of the challenges they have had in the industry. This network is a support system, a safe space for them to thrive.”

Matse Uwatse from Abuja, Nigeria, is the founder of MatseCooks blog and seasoning. Honored in the creators category this year, she says, “I am so grateful for being chosen as an honoree. It is a great privilege. Being active in the food industry is no joke, especially for Black women who are hardly recognized. It involves hard work, tears, sweat and even blood. Being recognized is like a pat on the back saying well done for the hard work, the sleepless nights, monies invested, time lost. For this, I am eternally grateful.”

Aside from BWIF, Dine Diaspora also hosts (pre-pandemic) the Chop Bar food festival in D.C. annually and the Dish and Sip conversations series with speakers and leaders in the food industry. That programming has, of course, moved online during the pandemic, and most efforts are centered around Instagram now in an effort to make it all more accessible. In 2020, the trio released a digital recipe book called Eziban (which means food in Ghana’s Fante language) and is planning a new edition this year. They also created a short documentary called Foodie Venture: Accra, a journey about the team exploring and featuring some of the innovative food talents in Ghana.

With Boakye hailing from an event planning background, Afari-Dwamena from the health and science field, and Oduro bringing in international development and entrepreneurship experience, they have the operation of this initiative well addressed. But one of the biggest challenges they faced was that they are not culinarians themselves, so earning credibility in the industry meant starting from scratch.

“Bringing our lens from the different industries we have been in was an asset but not a clear asset. We began to explore what it was about the food industry that contributed most to our personal lives but also what it was about what we were doing that was central to the food talent,” shares Oduro.

She continues, “Over the years, we have been able to build a portfolio that speaks to our learnings and enabled us to bridge some of the elements of what it means to be a consumer with what it means to be the talent. Many people are doing this now, but that space was definitely an area that we saw as a gap that needed to be filled.”

The other aspect of the organization was the diaspora connection—bringing in the African diaspora element and the culture of Black food has been the thread that has enabled them to zero in on stories of the individuals they work with.

Dine Diaspora is often contacted by talent wanting to learn how they can build their own brand in the food industry. They also receive inquiries from brands that would like to work with said talent. Much of that programming is driven by a strong focus on those looking at inclusivity and equity with a critical lens and are authentic and focused on integrating new approaches and best practices to ensure they are not exacerbating inequalities.

Oduro points out, “What we are doing is the catalyst for systems change. We know that it takes collaboration, it takes a society and different elements of societies to come together to make that change, and we are looking at and wanting to have that collective action from the consumers, from the brands, stakeholders that are the food businesses, and for adjacent companies.”

When asked what she would like people to take away from BWIF, Oduro shares, “I want everyone to learn and be an active participant in their knowledge in absorbing who these women are and what they do. And to support by following their work and keeping up with them, finding how you can contribute economically to the work that they do, and then advocating that is important to this initiative.”

Another honoree this year, Sicily Johnson from New York, the co-founder and executive chef of Food + People, chimes in, “It is often the Black woman who rallies the troops, inspires, is copied/mimicked and never properly credited for all that we bring to the table, or the kitchen, in this case. So, to be in community with Black women who gather to celebrate other Black women in all of our differences and intersections is a true honor.”