A Lifetime of Delicious Food and Memories with Dr. Maya Angelou 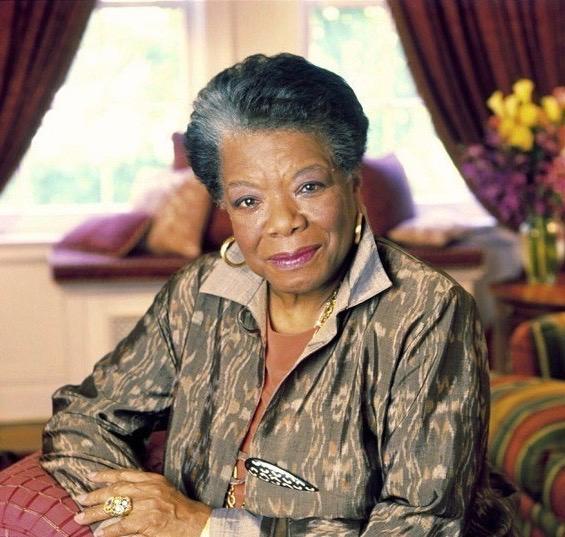 As I prepared for my interview with Dr. Maya Angelou, I would rehearse the conversation in my head as to what I was going to say and how I was going to say it. After all, she is regarded as a renaissance woman with so many exceptional accomplishments, that I didn't have any time or questions to waste.

There were so many things that I wanted to talk about in a short period of time such as moving to San Francisco as a teenager and at the age of 14 becoming the first African-American cable car conductor. Or touring Europe with an opera production, dancing with Alvin Ailey, recording her first album, living in Egypt as well as Ghana, working with Malcolm X and the devastation she felt when Dr. Martin Luther King, Jr. was assassinated on her birthday in 1968. No, let's talk about her book,” I Know Why The Caged Bird Sings” and her career in movies and films including directing her first feature film, “Down in the Delta.” Wait, what about the poem, “On the Pulse of the Morning,” that President Clinton asked her to compose and read during his inauguration in 1993. Her three Grammy Awards and 30 honorary degrees and of course her thought-provoking quotes that help carry so many of us through the day. Which part of her life should we talk about? I know… a part that is just as rich in culture and knowledge and not to mention full of delicious memories and stories. We'll talk about Dr. Angelou's foodie side and her love for food which began as a young girl back in Missouri and Arkansas.

Dr. Angelou wrote “Hallelujah! The Welcome Table,” which was published in 2004, to serve as a wonderful illustration of how memories are created and to, as she says, “show how in certain circumstances recipes are born.” She goes on to say “If there is some event and at the same time the food you are eating is exquisite, then the food can help you to remember the incident, and the incident can help you remember the food you've eaten.” 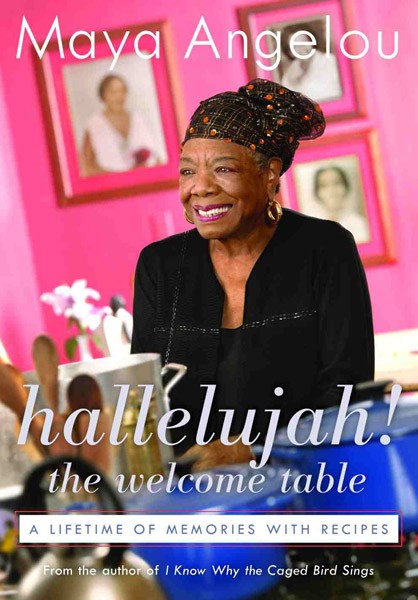 Growing up, she recalls that her mother and paternal grandmother were excellent cooks but wouldn't let her participate in the kitchen. Instead, she was told to learn by watching and eventually started cooking herself. And as a result, the book is a collection of over 100 wonderful recipes inspired by her grandmother, mother, family, friends, people, places and things. With an international palate, readers are treated to everything from twice-baked potatoes, roasted capon, petit pois (very small peas), éclairs, pickled pig feet, Beef Wellington to Chakchouka (Moroccan Stew). Each story that accompanies the recipes is told as if it occurred just yesterday. “When the writer tells the story, the memory of the food comes back so clearly that you can almost smell it cooking.”

We talked more about individuals who she enjoys adapting recipes from and at the top of the list; Chef Jeff Henderson and Edna Lewis. She also notes M.F.K. Fisher (Mary Frances Kennedy Fisher) and Ming Tsai from the Blue Ginger restaurant in Massachusetts. On this particular afternoon of our interview, she was preparing lunch for herself and guests which was inspired by a recipe she saw just a few days earlier. Attracted to its simplicity, it was a marriage between red onion slices, beets, and oranges. With a little adaptation, she planned to prepare it with orange segments, one dry date cut up, toasted cashews, plum tomatoes and pickled beets with hot sourdough bread and butter.

If you haven't read “Hallelujah! The Welcome Table,” you need to catch up because her new book, “Great Food, All Day Long,” is due out this December. Just in time for planning New Year's resolutions, the book will share Dr. Angelou's journey of losing 35 pounds by still eating great food, but just in smaller portions. The key message is “the better the food tastes, the easier it is to feel satisfied with smaller portions.”

Now with two irresistible cookbooks on her list of accolades, Angelou is truly a renaissance woman who believes in savoring traditions and occurrences that take place in one's life. The inspiration that she receives from others continues to be passed down to those of us who are inspired by her. And not only are we inspired by her quotes, poems and books, but also her food that adds additional nourishment to the soul.