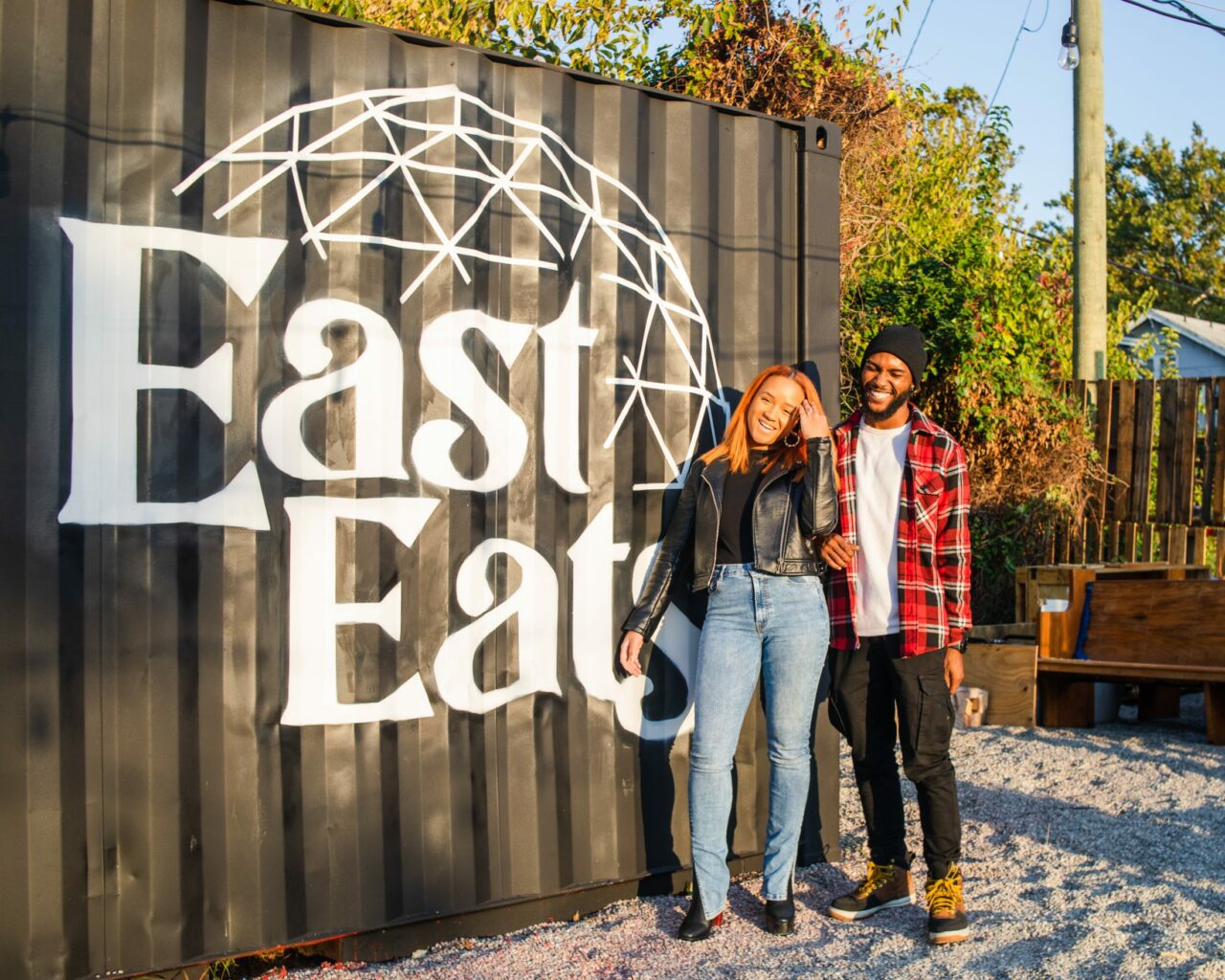 Detroit. A place of light, love and community. Yes, it’s true. Just ask Kwaku Osei-Bonsu, Nygel Fyvie and Dr. Lloyd Talley. They’re the three Black men who turned an empty lot in Detroit, Michigan into a new restaurant, East Eats. This wasn’t a bond that formed because of a crisis. It’s a partnership that solidified change in the food industry in a time of uncertainty.

Before the coronavirus hit, we were all living life day-to-day. We had a set routine and a standard for our quality of life. We felt safe, and dare I say untouchable. No one could have imagined three months into the new year that 2020 would not only turn our world upside down, but it would also change what we had come to know as normal forever.

But if we take a step back to revisit history, the story tells us change is inevitable. The lesson is in how we deal with the change. Do we give up or do we bounce back? Well, I can say without a doubt, Detroit is most certainly the latter.

Osei-Bonsu, Fyvie and Talley are the epitome of what it takes to rise up, dust off and charge forward. Their resumes speak for themselves. Osei-Bonsu is the founder of Detroit Black Restaurant Week, Fyvie is a well-known and respected foodie and instructor and Talley is a renowned psychologist. These three gentlemen came together at a point in history to contribute a new narrative about Detroit and outdoor dining. Timing is everything.

To be the change you want to see takes guts and grit, along with funding and imagination. It’s funny how things sometimes happen though. Osei-Bonsu was offered the land adjacent to his newly purchased Detroit home for $100 through Detroit’s Side Lot Program. He bought it without hesitation, not knowing what he was going to do with it.

It was in that instance East Eats was born.

The three friends met at Osei-Bonsu’s office and utilized a whiteboard to bring life to the vision. “We literally started scribbling on it,” recalls Fyvie. After only one session, they had a base concept that included domes (which will serve as individual eating areas), fire pits, a storage container and a food truck to serve as the kitchen. And, of course, they already have the location (pre-purchased land). The next thing to do was to turn their dream into a reality.

The whiteboard session produced massive plans with minimal resources, along with defining the roles of each partner. Osei-Bonsu is the front of house manager. He also handles events and marketing. Fyvie is the master chef and Talley is the corporate partner overseeing finances and operations.

“Everything in this venture is from the community,” Fyvie explains. “From the materials to the people, all of our contractors and consultants are from Detroit. The interior and the core of the dooms are all reused, recycled, and reclaimed. All of these pieces are local from Detroit.”

During the warmer months, canvas with acrylic over it will cover the dooms. In those colder months, clear geodesic covers will be used. There are 13 domes in total with ten of them in operation for guests. Each doom can house ten guests maximum. And yes, you read that correctly, East Eats will be open year-round. The dooms, as well as the pathways, will be heated.

Along with the private dooms and heated paths, East Eats offers a seasonal menu that ties into the theme of the restaurant. “The menu is actually inspired by our name for our Thai-dine concept,” explains Fyvie.  “We have a rotating seasonal street food menu that travels to the Eastern hemisphere. The first stop is Asia.”

Based on the inside tip I received, future stops may also include India, Ghana and Ethiopia. The doomed atmosphere is a uniquely different eating experience. “You have to have handheld food. You have to have something that’s small that you can hold and that you can share,” explains Fyvie.

As a bonus, this eclectic dining experience is B.Y.O.B. (bring your own beverage). You can even receive suggestions on liquor to bring that compliments the current menu. While this outdoor dining experience is one born out of necessity, the concept will surely influence the future.

East Eats is located on the east side of Detroit (hence the name) and welcomed into the neighborhood. There were also many local volunteers from the surrounding community, lending a helping hand, mostly children. “People in the community just seen it and they were like what can we do to help? How can we contribute?” Especially the little ones.

“The little ones were so curious and really just wanted to help,” states Fyvie. The children (seven in total) became so involved that Osei-Bonsu, Fyvie and Talley decided to dedicate a mural to them. It’s a beautiful addition to the restaurant’s storage container. “It was an experience for them done by Black men,” says Talley. An experience with the possibility of cultivating limitless opportunities.

Osei-Bonsu, Fyvie and Talley have changed the game when it comes to outdoor dining and what a restaurant could be. Pandemic, necessity, innovation and courage all paid a significant role in the development of East Eats. Their motto: Preserve human connection in a time of social distancing.

In the end, it was all worth it and these three brothers are just getting started.