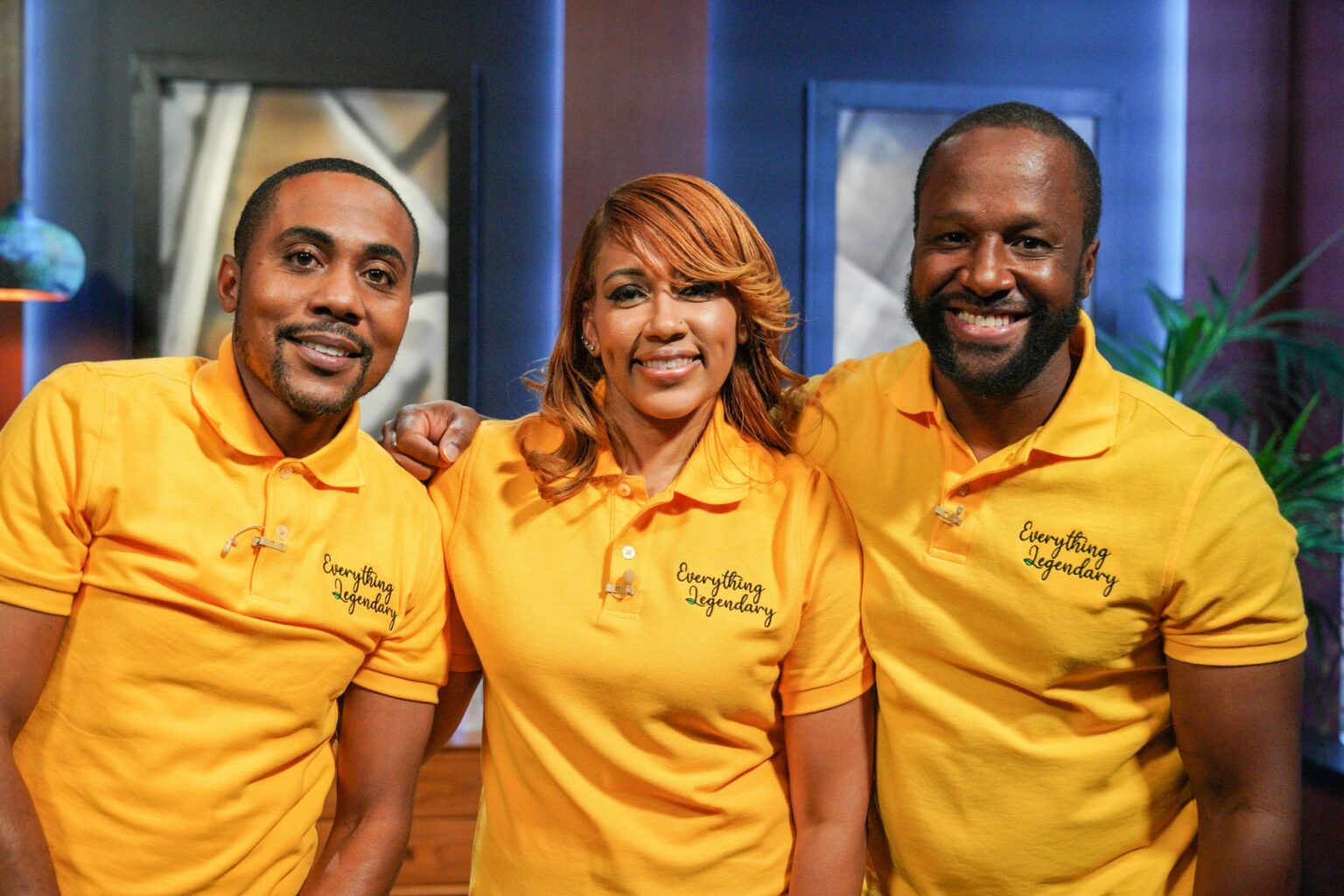 If you’ve watched the reality television show “Shark Tank,” then this company’s story is one you must read. With a recent investment from billionaire entrepreneur Mark Cuban, one of the five sharks (judges) on the show, Maryland-based Everything Legendary made headlines for its plant-based premium vegan burger that unanimously received rave reviews from all judges and a well-deserved spot in the MCC (Mark Cuban Companies) family.

Established in June 2019 by founders Duane “Myko” Cheers, Danita Claytor and chef Jumoke Jackson, the purpose-driven company is leading the flavor revolution with a line of healthy, plant-based ground “meat” and burger patties. At the heart of it all, the Black-owned company is centered on two of the founders’ moms and their health, resulting in a product that is now spearheading the movement toward healthier food options packed with a flavorful punch even the sharks couldn’t deny.

About the “Shark Tank” experience, Cheers shares, “It was a dream come true. Being someone who was a business major in college, has been a long-time entrepreneur for over 12 years, left a federal government job, been through so many trials and tribulations of failing over and over again and not having money and going through foreclosure, I think ‘Shark Tank’ is every business major’s biggest dream ever. But the biggest thing is we were prepared for the moment, and that’s just a testament of the great team that we have.”

Cheers had a dream of doing “Shark Tank” and while watching it one night saw that the show was accepting applications for season 12. “I believed and I dreamed, and I filled out the application and the months went on and we started getting phone calls,” he shares. “We made sure we were so prepared that we got the best of them when we got there because we had so much on the line. We had struggled for so long and been through so much that we finally had this moment to execute.”

The business was born out of both Cheers and Claytor’s mothers being diagnosed with terminal illnesses. In fact, the “aha! moment” occurred when Cheers was with his mother at the grocery store one day and noticed that she couldn’t find a burger that tasted good despite all the vegan products available. He connected with Claytor on his idea for a vegan plant-based premium product, and they brought in Jackson to create the burger, as neither were culinarians.

“However, I am not vegan,” shares Jackson, who has shared a friendship with Cheers and Claytor for more than 11 years. “I am a private chef/caterer. I have learned plant-based creations and know the plant-based world really well.” In creating the recipe for the burger, he wanted one that even nonvegans would enjoy to disprove the stereotype that eating vegan is not flavorful.

He created a pre-seasoned burger that doesn’t need anything additional unless you choose to add something to it because you want to. “I am happy with what came out. It took a good three months of research, trying a million things and trial and error. Fortunately, on our first tasting, it was successful. To see people enjoy your stuff, as a chef, that’s the most gratifying thing,” says Jackson.

From pop-ups to homecomings, the events that Legendary Burger showed up at grew larger and more frequent. Thanks to the pandemic, they moved to an online business model but are also available in big retail stores such as Safeway and Giant Foods, with more being finalized. And now with Cuban on their side (he invested $300,000 for a 22% stake), there is no limit to how legendary things are going to get.

There is constant behind-the-scenes product development underway with many more offerings in the pipeline, including sausages, nuggets, chicken patties, and infused cheeseburgers. Everything is produced in California with ingredients sourced from across the country.

Cheers admits it took a long time to get the right flavor, taste and texture so people from all walks of life, no matter their diet, could enjoy the burgers. The product is also free of artificial preservatives, has no GMOs, and contains no soy. But most importantly, it is mom-approved. “This was created for our mothers because our mothers are our legends,” shares Cheers.

For Cheers, the challenge in this whole process has been funding. “That’s why ‘Shark Tank’ was the biggest blessing in the world. We didn’t have the financial runway that the other competitors had. Now with Mark Cuban’s advice and how helpful the entire MCC family has been, we are able to play on a level playing field. …We keep the same grind and same hustle that we always had.

“Now that we are here, we have to work ten times harder, and that’s the mentality that we had to put this product inside every single grocery store, restaurant, home, globally. Everyone needs to have the opportunity to get this product, live a better lifestyle, become a legend and just be a part of this movement where we are eating healthy.”

For Jackson, as the chef, the challenge took on a different form. “The learning curve for me was understanding the plant-based burger market because my idea of a vegan burger was a bean burger. I just wasn’t immersed in plant burgers, so I studied all the competitors, looked at what they did and took that as a blueprint for creating my own thing.”

One of the flavor profiles in the burger is a spice called Tastic—an all-purpose spice that is part of a spice line Jackson sells—that he considers one of the stars of the burger in terms of flavor.

Spurred by an interest in the product outside the U.S., Cheers now has his sights set on an international presence over the next few years. His advice for entrepreneurs applying for “Shark Tank?” Know your numbers. He says, “Persistence will always overcome resistance. You have to be persistent and you have to be consistent. If you have those two, then you can accomplish it.”

Jackson adds, “We are trying to transform how people approach food. You can have flavorful food, but you can also make it healthier for you. It’s important that we are more conscious of what’s going into our body without sacrificing flavor. If I can contribute to changing the culinary culture in that way, that’s a blessing.