Made From Scratch: Chef Mike Walters 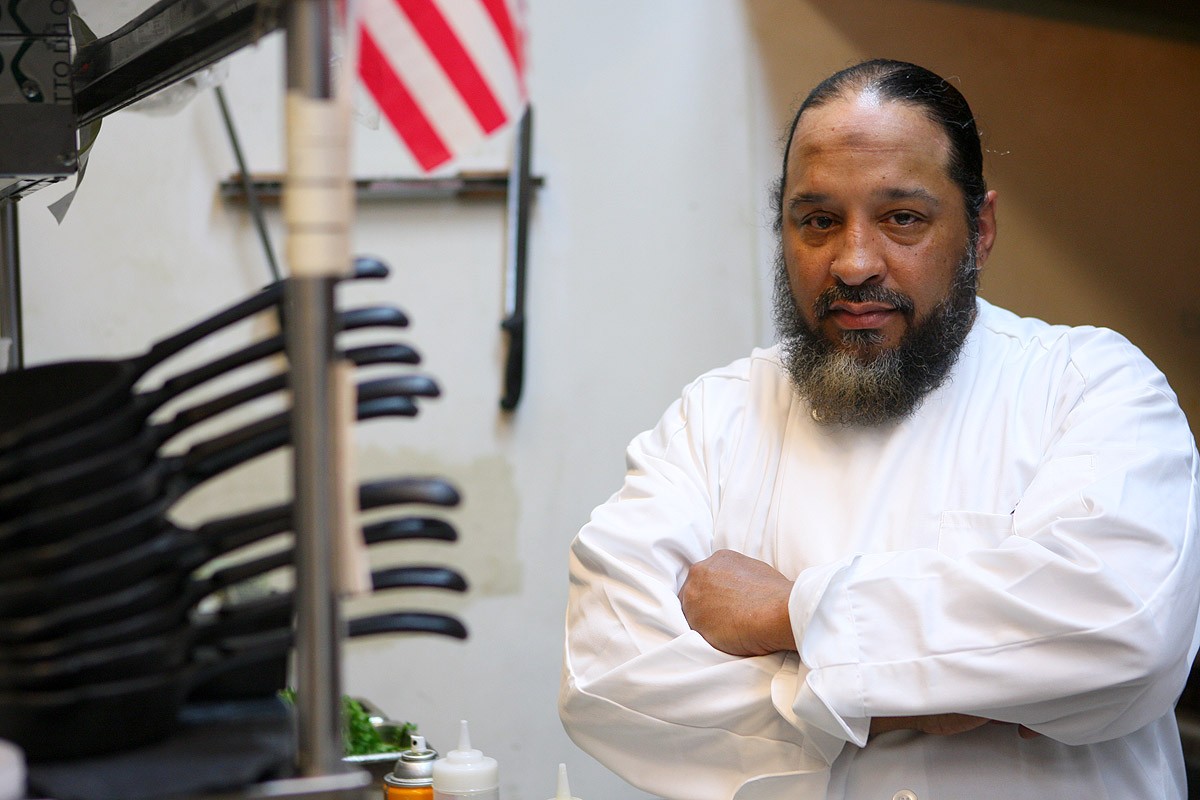 A passion for food comes across loud and clear when chef Mike Walters talks about food. He would make almost anyone with even the slightest desire to cook for a living want to leave his desk job and slave over a hot stove in the kitchen. The Washington, D.C. native has amassed an impressive culinary pedigree by working with some of the country’s top chefs, and with no culinary degree, has worked his way up the ranks from dishwasher to executive chef in a variety of fine dining restaurants. Renowned chef Michel Richard told the blossoming cook that he had a great palate – one of the greatest compliments for a chef and words that still resonate with him today.

A Food Philosophy Developed From Scratch

With roots hailing from the Caribbean, Walters favors bold flavors and labels his style of cooking “New American.” Growing up watching his grandmother cook comfort foods from scratch every day for his hard-working grandfather gave him a solid base for what good, fresh food should be.

The tagline for his brand is from scratch which sums up his food philosophy. “There was no microwave in the kitchen,” he laughs. As a child, Walters started his food journey making peanut butter and jelly sandwiches and then graduated to grilled cheese sandwiches. Seafood is his favorite thing to cook now. “I love any kind of whitefish and also scallops. And I hate to say it but I don’t like salmon or asparagus. As a child, I used to put my asparagus under the tablecloth and then got in trouble after I left and went out to play because it stained the table.” Well, what kind of kid likes asparagus and salmon anyway?

While working at the restaurant Silo in D.C., Walters created a food menu that won over guests who eventually invited him to compete on the Food Network show, “Beat Bobby Flay,” which aired in August. Walters won with his version of jerk chicken – a rare feat attempted by many cooks but attained by few. Taking the win in stride, he has bottled the jerk rub which initially took him three weeks to perfect. It includes a mix of ingredients such as cinnamon, nutmeg, allspice, poblano and Scotch bonnet peppers and is for sale on his website.

Walters was the opening chef for Scales 925, an upscale, southern restaurant owned by hip hop recording artist and actor Clifford “T.I.” Harris in Atlanta and continues to play a role in the back of the house by consulting and cooking for the restaurant as needed.

Calling this chef a “mover and shaker” is an understatement. It is truly amazing how he balances his professional career and a family including seven children. With a line of sauces and culinary clothing in the works along with a cookbook, personal appearances, traveling and shooting a pilot television show, Walters shows no sign of slowing down. When asked what his last meal on earth would be, there was a short silence. After giving some thought to his answer he proudly admitted, “My grandmother’s oxtails and pigs feet.” Food memories like that are a cherished commodity and worth the pause.

Tracey is a Los Angeles native and professional chef. She is currently creating, testing and editing recipes for Breville Inc. along with teaching cooking classes, catering and getting inspired by the delicious life surrounding her.