Talk of the Dixie with Food Culturist Nicole Taylor 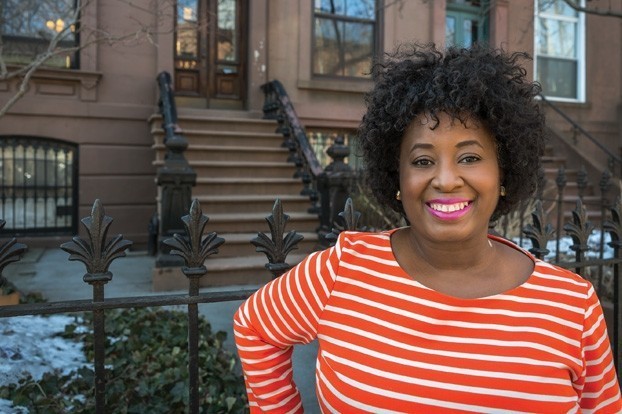 Growing up in Athens, Ga., author and food culturist Nicole Taylor did everything she could to distance herself from country living when she moved to Atlanta for college. Being in the big city meant new food and cultural experiences; something she very much looked forward to. “When I turned 18 years old, I was like get me out of this country place. I wanted to be in the big city. And from Athens going to Atlanta it was like arriving and coming into your own.”  Then years later, a move “up” to New York changed everything and also inspired her first cookbook just released by Countryman Press, “The Up South Cookbook: Chasie Dixie in a Brooklyn Kitchen.”

“I would often make the comment to myself when I went home, ‘No thank you on the slave food,'” says Taylor thinking back to the days when she was a college student at Clark University. Truly looking to create her own food experiences, she stopped eating meat and other Southern classics that she grew up on. It was a new day and she was now in control.

But when her husband’s job transferred them to New York, the old comforts of Athens soon followed, only to re-introduce themselves and are now a part of her story as she honors tradition while putting her own spin on them. “When I moved to New York City, all of this food just came back to me and I started back eating meat, I started making black-eyed peas and putting ham hocks in it. Everything I grew up with, the memories, the taste, the cravings, all just came back.”

Always seeing herself living in New York or D.C., Taylor says she remembers when the artisan revolution started and making your own jellies, jams, sauces, etc. was the thing to do. While exciting to some, it was nothing new to her and only tapped into memories growing up as “the family child,” and watching aunts and uncles make and preserve their own foods. Her grandfather fished and also had two big gardens that would often feed the community. There was no escaping it as food is simply a part of Taylor’s DNA.

In her new book, “The Up South Cookbook,” Taylor takes readers back to her childhood with some good old-fashion Southern foods such as green fried tomatoes, fried chicken and blueberry cobbler. Half of the book’s recipes, she says, are foods she ate growing up and the other half she started making when she moved to New York that are influenced by her Brooklyn neighborhood as well as the state’s melting pot. Taylor says she started working on the book concept more than 5 years ago but in fact, it has been in the making as a child.

Describing her cooking as simple, no fuss and a lot of flavor, she says, “I take a lot of care and I plan what I am going to cook and I make it simple.” She is a fan of letting the ingredients shine whether it is a great cut of meat or artisan salts. She also keeps a weekly log of what she prepares that goes as far back as eight years.

Coming from a family of home cooks, cookbooks were rarely used, let alone measuring out ingredients.  Following this style of improv cooking that Taylor has adapted since establishing her own kitchen is also known as vibration cooking by Vertamae Smart-Grosvenor.

RELATED: Glynis’ Kitchen: Serving Love and Healing on a Plate

Her podcast, “Hot Grease,” intersects the American South with local food scenes and also highlights influencers and trendsetters in “the good food world.” Giving a nod to Victor Green, she released two issues of The Modern Travelers’ Green Zine, a food and travel publication with one focused on Philadelphia and the other on discovering the best fried chicken in New York City.

Taylor is on the road promoting her new book with stops in New York, Georgia, and California. For more details, visit her website’s event page.