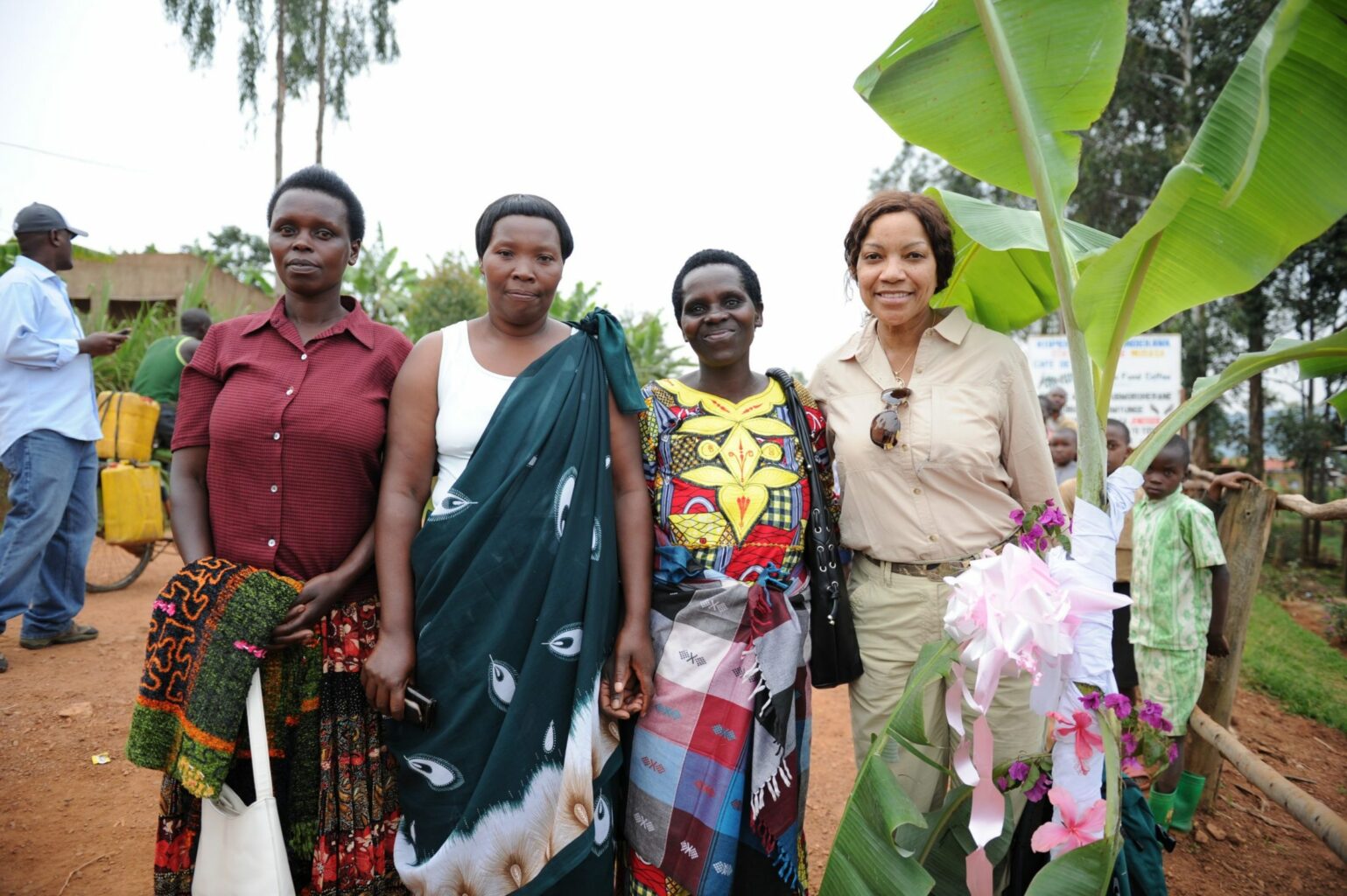 It was the 2004 movie, “Hotel Rwanda,” starring actor Don Cheadle who played Paul Rusesabagina, a hotelier trying to save his fellow citizens from the Rwandan Genocide that not only opened the eyes of millions around the world but also had a profound and life-changing impact on one philanthropist, Grace Hightower De Niro.  Like many, until she watched the movie, De Niro was unaware of the genocide massacre this is said to have killed between 500,000 and 1,000,000 Rwandans, the majority of whom were from the Tutsi ethnic group.  In 2013, she created a company and a brand that would capture the spirit of the country, the people and especially the farmers who have since rebuilt knowing that their future is not defined by their past.

As fate would have it, shortly after watching the movie, De Niro was invited to a private function where Rwanda President Paul Kagame would be speaking. “To hear this man speak about recovering and moving forward and just making a life for yourself in spite of, I just thought that was incredible. He had just a strong will to move forward.”  One thing that really resonated with De Niro that evening was when Kagame told guests that the country wants “trade and not aid.”   The point was that he wanted the people of Rwanda to create and own businesses that would create sustainability.  While aid is not bad, it is available for only a short period of time.  Trade helps build a future.

RELATED: Deaf Can! Coffee Changes Lives, One Bean at a Time

Connecting to Make an Impact

She would later have breakfast with Eugène-Richard Gasana, the representative of Rwanda to the United Nations, and his wife Agnes and asked how she could help.  When asked about the resources available in the country, both confirmed that coffee was the country’s number one commodity.

Mrs. De Niro herself is no stranger to a farm, going up on one in Kilmichael, Mississippi with seven brothers and two sisters. Prior to meeting her husband, she was a flight attendant for TWA, traded mutual funds and lived in Paris as well as London where she would meet her husband who is not the only actor in the household.  Mrs. De Niro appeared in “Precious” (2009) where she also sang the lead vocals on the soundtrack’s song, “Somethin's Comin' My Way.”  Other stints include season one (1994) of “NYPD Blue” and “The Paperboy” (2012).

These days, the mother of two is busy with her new company and coffee brand Grace Hightower & Coffees of Rwanda which was inspired by the movie, a visit to the country and the strong desire to help. “The people stole my heart. They are just so genuine and want to work. They want to do for themselves and they speak from their hearts,” says De Niro.  “I saw how hard they worked and I saw how much care they put into the farm.  Everything is done manually. They grow the coffee trees, they pick the beans manually, they carry them walking sometimes one, two or three hours.  Sometimes women carry the beans on their head with a baby on their back.  It is phenomenal to see.”

Producing Coffee That Gives Back

Grace Hightower & Coffees of Rwanda officially launched last year after months and months of planning and working with consultants.  The brand offers four blends: Medium Light Roast, Medium to Dark Roast, Espresso Roast and a Signature Series. All are sold at retailers such as Whole Foods, Bed Bath & Beyond, Brooklyn Fare and The Fresh Market to name a few.  You can also order online with each bag going for $12.50.  A portion of the sales from purchases goes back to the farmers who are paid immediately upon bringing their cherries (coffee beans) to the washing station.

“A number of people in the west just did not know about Rwandan coffee.  Of course neither did I, but the key is how good it is.  Because I said if I am going to get involved, it is not just the product but it has to be really, really good and I did some cuppings while I was there and oh my God, it is so good.”

With plenty of press and a good footing in the marketplace, De Niro notes this year she plans to open a flagship coffee shop in New York City within the next two or three months. She happened to be looking at the venue on the day of our interview in February.

A philanthropist and strong advocate for women, she is also working with organizations within Rwanda to help train women to work in the service industry so that they can expand and build on their skill set from producing the coffee to serving it.  The farms that she currently sources her beans from are co-ops that are owned by women or have women on their boards.

Although the brand was created to help all farmers, male and female, in the future she says, “I plan to source from small farms targeting women farmers simply because they really get the job done and they produce well.”

To purchase Grace Hightower & Coffee by Rwanda, go to www.coffeeofgrace.com where you will also learn more about the brand’s inspiration and story.