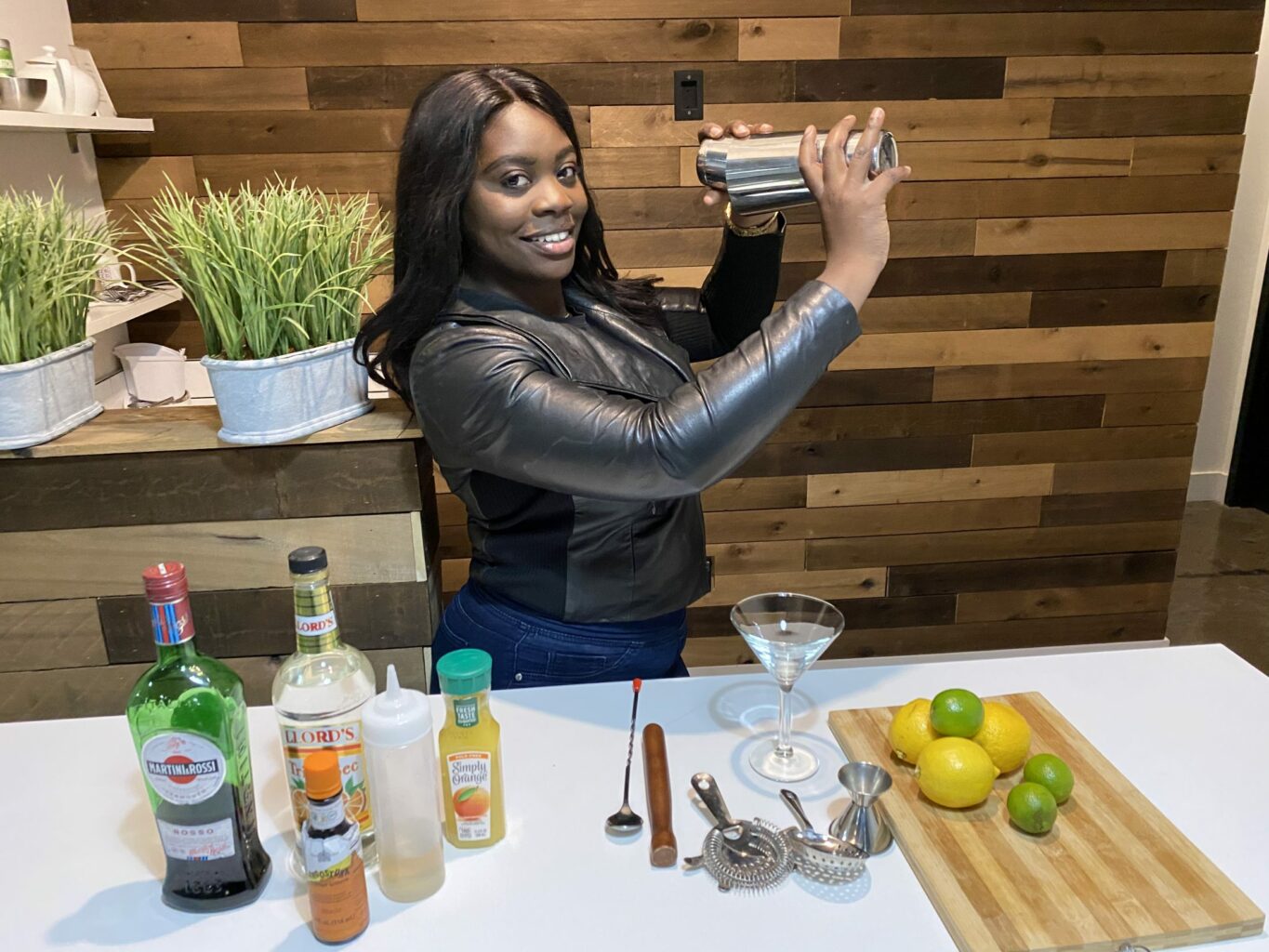 The saying by Benjamin Franklin, “Out of adversity comes opportunity,” still holds to this day. While COVID-19 may have changed what we once knew as normal, it’s also been the catalyst of innovation for many people.

That is certainly the case for Veronique Fariala in Detroit, Michigan, who started her bartending company iBartend this past September.

With original roots from the Democratic Republic of the Congo, Fariala and her mother left their native home when she was just seven years old. She has relatives in Europe and across the United States, but Detroit is where she calls home now.

“If it’s not Africa, it’s Detroit,” Fariala proudly states. “It’s the only city where I have felt comfortable. I go to an African church on the west side. There are African restaurants. There are markets. And then, at the same time, it's Detroit culture too. So, I get a little of everything here.”

She attended bartending school in Livonia, Michigan, when she turned 18 years old. With her mixology certificate in tow, Fariala went on to earn a master’s degree in communications with a focus in marketing from Wayne State University. It’s this education that served as an anchor throughout her career.

From Certificate to Connoisseur

“I worked as a waitress at Northern Lights Lounge,” says Fariala. “That's in New Center Detroit, over by College for Creative Studies and Wayne State University area. There, I was working as a waitress, but we would get so busy that the bartender couldn't make my table's drinks. So, I had to make my own drinks. I would just ask him [the bartender], what goes in this? What goes in that? How do I do this? That's pretty much how I started bartending. With that, I put that on my resume that I bartended at Northern Lights Lounge.”

From there, she went to DUO Restaurant and Lounge in Southfield, a suburb of Detroit. “It's an upscale martini lounge and it's Black-owned.  DUO was also a great learning environment for me because the clientele there is upscale. They are African American. These are people with degrees, doctorates, masters. They live in Oakland County. They know what they want and they want it to be right. I learned my basics at Northern Lights, but I learned my finesse at DUO.”

Fariala didn’t get complacent. Instead, she continued to strive for more. She left DUO to look for a new opportunity and landed at Bucharest Grill as the bar manager. “That's where a lot of my teaching came into play,” Fariala explains. “I want to say 80% of the bartenders had no previous experience, so I had to teach them.”

The Next Level of Making Cocktails

In 2019, Fariala went from bar manager to product specialist for General Motors. She traveled the world, meeting new and fascinating people. “It was almost my dream job,” says Fariala. It all came to a screeching halt at the beginning of this year.

“I was with GM for a short year, then the world ended. I felt lost,” shares Fariala. “So, that's when I had to go back to roots. And I said, ‘Maybe I should go back to a bar,’ But restaurants and bars weren’t hiring new people. They're laying off more than hiring, so I'm definitely not getting anywhere. So, I had to dig deep and figure out what I was going to do.”

Instead, she thought, “I can have my own space. They [the people] can be separated. They can all know each other. They can have their cocktails, their liquor, food, and train themselves. I can stay safe and still make a living.”

Feeling backed into a corner, she says, “Money can only do so much for me. I needed a purpose. I needed something to do.” She introduced iBartend in September that she says offers fun and exclusive bartending classes for small groups and celebrations as well as date nights with the goal of providing overall liquor knowledge.

Learn How to Shake it Up

iBartend’s The Shake & Sip classes are held on Fridays, Saturdays and Sundays and last for two hours.  Fariala offers complimentary Champagne upon arrival and an assortment of snacks and hors d'oeuvres.

Classes are set up so everyone has their own station, complete with everything needed to make the cocktails Fariala will demonstrate. In addition, masks are required unless eating or drinking.

This pandemic-inspired business has proven to be an instant hit with numerous sold-out classes. “I would like to own a space. I want to keep this going,” says Fariala. “I kind of want to make it a franchise now. I kind of want to do iBartend New York, iBartend Chicago and iBartend Miami. So a year from now, I hope to have at least two more locations.”

Follow Fariala on Instagram for class and location updates, and you can join her for an upcoming class by booking a spot on iBartend’s Eventbrite page.