Iris Rideau Creates History and a Legacy with Rideau Vineyard 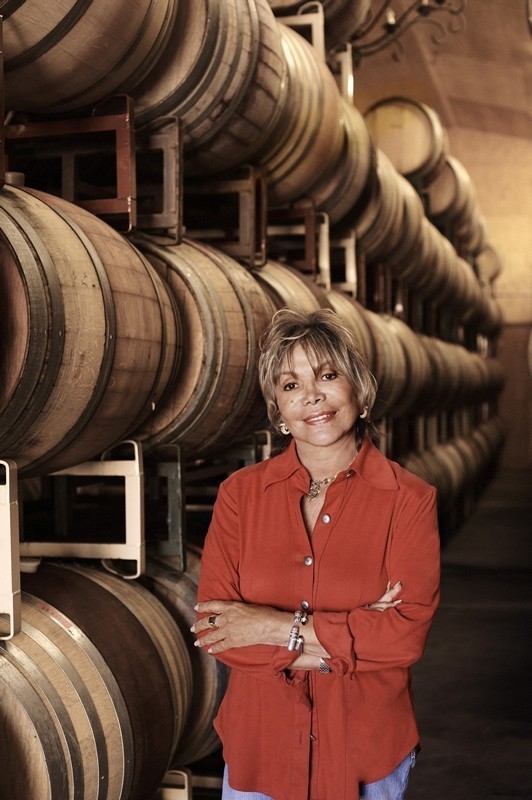 Santa Barbara County’s Santa Ynez Valley is a stunning wine country. Unique geography, horse ranches, charming small towns, endless microclimates and a casual vibe make this Southern California’s premier wine destination. It is easy to see why New Orleans native Iris Rideau immediately fell in love with the valley. Rideau recalls her first trip to the region while taking a drive north of Los Angeles.  “I just started driving. I saw Oxnard, Montecito and Santa Barbara, but nothing grabbed me. Then I saw the [Santa Ynez] valley and I just had to live there. I didn’t know a soul, but I knew I wanted to be there.” That was in 1990 and nearly 25 years later as Rideau prepares for a birthday celebration event at the winery this September, she sat down with Cuisine Noir to talk about her journey. It is a story of food, wine and lots of Southern hospitality.

New Orleans is a long way from California wine country, but wine may have been in Rideau’s blood since childhood. “My grandmother was half Italian. She would put wine into one of her fancy pitchers and on Sundays children were given a little red wine and water,” she says laughing.  “I don’t know if that had anything to do with it at all.”  Clearly, she developed a taste for wine and good food from her New Orleans roots, both of which she shares with guests at her winery.

Rideau’s father moved to California, owning a poultry farm where Rideau recalls learning to ride horses.  As a child,  she helped persuade her mother to move the rest of the family to the Golden State and although she never forgot her Louisiana heritage, Rideau grew up and lived in the Los Angeles area.

RELATED: Couple Survives Hurricane Katrina and Rebounds with Painting with a Twist Business

RELATED: Wisdom Oak Winery: Blending Visions from the Past and Present

When it was time to retire, Rideau set out to explore the area north of Los Angeles in Santa Barbara County, eventually finding the property that is currently the winery. But the initial thought was not to make a winery at all. Rideau just liked the scenery. It was not until a neighboring five-acre property with an abandoned vineyard came on the market that wine entered the picture. Rideau bought the property, which included an old farmhouse, and set out to restore the residence and land. Through a contact, she was approached by a local winemaker who wanted to branch out on his own and sold her on the idea by pairing his Blues Cuvée with her gumbo. Rideau loved Châteauneuf-du-Pape wines from France’s Rhône Valley and learned that her property was ideal for growing Rhône grapes. In 1997 she opened the doors to her winery and says, “It was the best move I ever made.”

While she does have help making the wines, the winery tasting room experience is all Rideau. Visiting is like stepping into your grandmother’s home – your grandmother who just happens to have a vineyard in her front yard. The old farmhouse on the property was converted into the tasting room and restored to include touches of Rideau’s New Orleans past, so much so one would think this was the house she grew up in. Not only is the home decorated with parlor-style red drapes and carpets, and with antique items such as her grandmother’s crystal, but there is a warm sense of Southern hospitality that greets each guest as they enter. Rideau says, “That’s part of my southern upbringing [is] really enjoying being around people and wanting them to feel at home. It feels that way to everybody who comes here, no matter where they grew up.” There is always a comfortable place to sit, interesting paintings and decorations to look at, and a good music to listen to. But perhaps the best reminder of Rideau’s passion for people comes from the tasting room’s kitchen. Rideau is often there cooking gumbo, New Orleans po-boys or preparing charcuterie and cheese plates for guests. She says she wants to give people that “full experience of wine and food,” and you won’t find food like that at another winery in California.

Good food needs to be paired with good wine and Rideau and her winemaker, Adrienne St. John, produce a wide range of varietals from chardonnay to sangiovese. The winery’s heart, however, is in the Rhône varietals that do so well in parts of the Santa Ynez Valley. “My particular property is the same microclimate as the Rhône,” and those grapes, she says, happen to make wines that pair well with Creole cuisine. “The syrah has a peppery finish that supports the spicy, not hot, flavor of the Creole dishes. We don’t cook with a lot of pepper, it is more spices. The syrah [with its finish] lends itself to the spices in a red sauce.” If that is not tempting enough, to hear her passion for pairings, one only needs to mention viognier, and if you don’t mention it, Rideau will. She says laughing, but completely serious, “God made that in heaven for oysters!” Being the foodie that she is, she doesn’t settle for anything but the oyster varieties from her home state and she has them flown in from Louisiana. If you haven’t tried viognier, she says, “It’s a great substitute for chardonnay.” Rideau makes two viogniers, including one in stainless steel and also blends it into several of her other white wines. “It has a weight to it,” she says. This is true, it is not as light as a sauvignon blanc or pinot grigio. Viognier can stand up to hearty dishes as well as make an excellent sipping wine.

The winery has several other fine selections including a dry riesling, roussanne and dessert wines for white wine lovers and grenache and pinot noir for red wine drinkers.  Featured on the winery website are several wine and food gift sets, including the Bon Temps Gift Box which contains a bottle of Bon Temps Red, a bottle of Bon Temps White, one jar of Creole seasoning and one jar of Rideau’s hot sauce. Use the seasoning and hot sauce on anything and you’ll have a great pairing with the Bon Temps wines.

2017 Update – Rideau sold Rideau Vineyard in 2016 but can occasionally still be seen on the property.