Brewing Up Diversity in the Craft Beer World with Dr. J. Nikol Jackson-Beckham 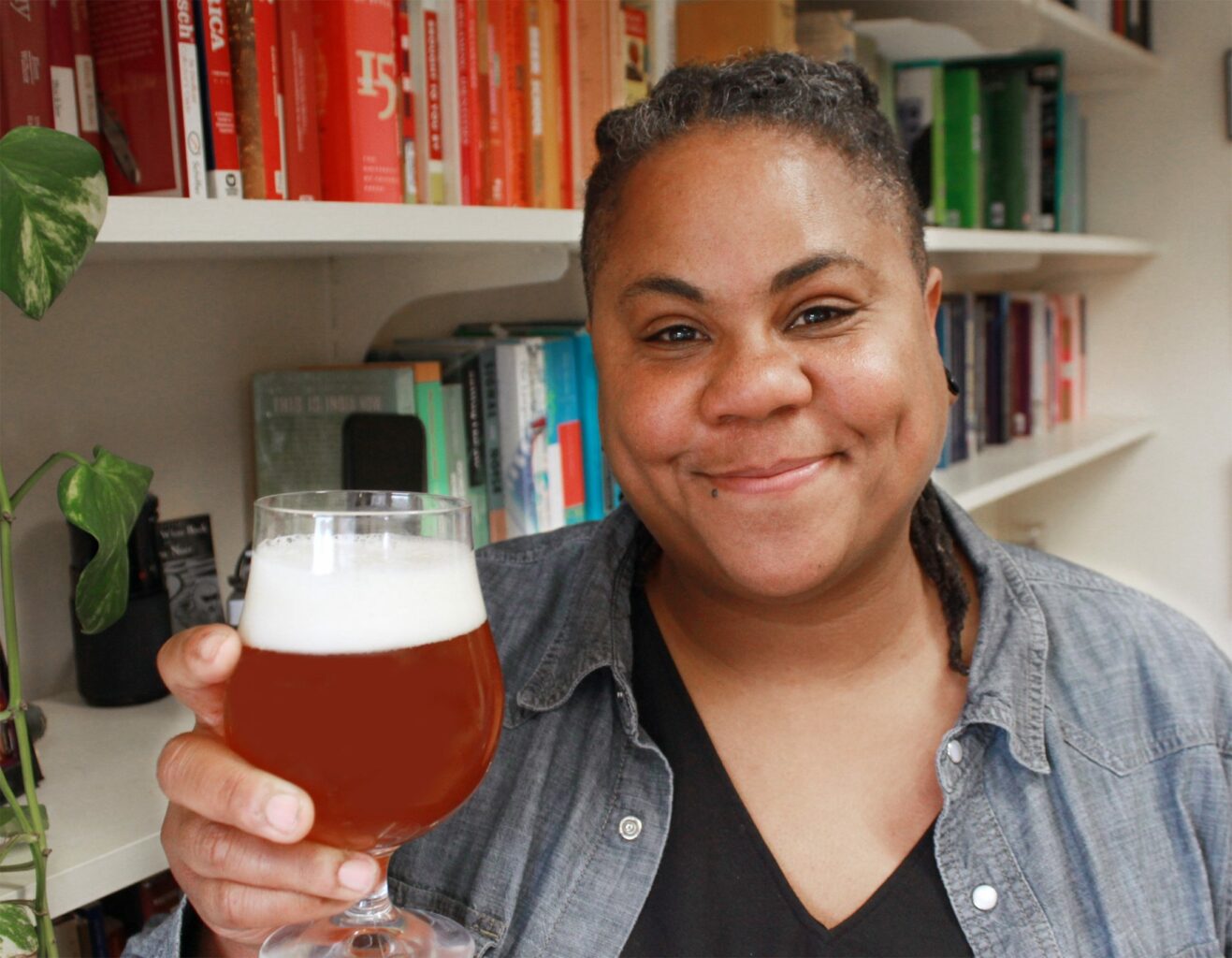 Going to a beer and wine store with my brother usually becomes an adventurous journey into the craft beer aisles. He knows a lot about wine but can also rhapsodize about the flavors of his favorite beers made by “small, independent and traditional” American brewers. That is how the Brewers Association (BA) defines craft brewers who contributed more than $76 billion to the U.S. economy last year.

As an urban black professional, my brother is one of the consumers paying higher prices for craft beer, but he doesn’t fit the image the industry has projected in the past.

“We’re talking about things that have taken years of history to cement into place, and it also makes you not freak out in the moment because you realize it is a long game,” says J. Nikol Jackson-Beckham, Ph.D. As the BA’s first diversity ambassador, the college professor, researcher and writer is involved in helping breweries craft a more diverse and inclusive image and workplace. “Surprisingly, people are already on board. The question really is how. People are struggling with the day-to-day mechanics of working toward this goal on multiple fronts.”

Diversity as an Industry Change Agent

It is a complex but potentially rewarding opportunity for the more than 6,200 craft brewers to change the perception that craft beers are for bearded white males in plaid shirts. Jackson-Beckham has studied the origins of the craft beer movement which dates back to the 1960s and 70s. At that time and for many decades, beer marketing focused on white men, except for the malt liquors advertised almost exclusively in urban communities.

Jackson-Beckham and BA’s diversity committee are working on increasing the presence and participation of minorities and women among today’s craft brewers. “I told them I believe deeply in this cause, but I want to do data-driven analyses of the industry, and I want to help people with evidence-based strategic planning,” says Jackson-Beckham.

For her, that means not giving lip service to diversity and inclusion, but actually building mechanisms for hiring, training, funding and supporting people of color and women who want to be part of the industry. Jackson-Beckham is traveling to state guild and craft brewing events around the country to listen to BA members and help them expand their staffs and customer base.

The head of the not-for-profit trade association explained the new ambassador’s role. “Craft beer is made by and for everyone,” says Bob Pease, president and CEO, Brewers Association. “Diversity and inclusion are opportunities for businesses to lead and succeed. Jackson-Beckham will help to reinforce this idea, identify occasions where efforts can be strengthened and educate our members on being an even more inclusive community.”

As an assistant professor of communication studies at Randolph College, Jackson-Beckham is considered an expert on beer and its place in American culture. She sees the diversity ambassador position as a chance to work with craft beer makers on how diversity and inclusion can help their bottom lines, considering the rapid growth of the industry and the increased competition for customers. “This is about understanding something on the level of what is ethically, financially and sustainably smart decision making,” says Jackson-Beckham.

The BA’s diversity committee is already taking steps to make sure the industry does a better job of representing the true diversity of people who drink craft brews in ads, promotions and other visual representations. Resource materials for brewers and consumers interested in diversity and inclusion will be made available on the association’s website.

In fact, the head of the committee, Julie Veratti, is a co-owner of Denizens Brewing Co., the only woman and minority-owned and operated brewery in Maryland. Jackson-Beckham believes sharing the stories of craft brewers who are connected to their communities and representing diversity matters, especially if those stories develop more connections. “If we can create more situations that are close mentoring, that’s going to be a high-yield proposition to help people start businesses; to help people get knowledge, training and exposure. Those things are necessary.”

Broadening participation in and appreciation of craft brewing could also mean involving more homebrewers, such as Annie Johnson, named Homebrewer of the Year at the National Homebrewers Conference in 2013. Jackson-Beckham started homebrewing more than a decade ago and she has seen growth in the number of groups with diverse backgrounds collaborating around craft brewing.

“I’m hoping that conversations and more black drinkers coming to the table wanting to have a stake in these conversations will accelerate the change,” says Jackson-Beckham.

The BA’s diversity ambassador sees changes in the industry as economic opportunities considering the number of brewery employees has nearly tripled in the last 10 years to almost 70,000. The career possibilities include marketing, finances and distribution, not just brewing and serving craft beer. “For me, this is again why it absolutely makes sense to include diversity and inclusion as part of your long-term strategy for the financial sustainability of your brewery.”

Jackson-Beckham is not alone in wanting the industry to break down some of the barriers created by too much emphasis on expertise and experience, too many breweries buying real estate without connecting to the neighborhoods and too few sources of brewery funding for minorities and women.

Fresh Fest, the first festival for breweries owned by African Americans was held in Pittsburgh this past August. The co-founders include Mike Potter of Black Brew Culture and comedians Day Bracey and Ed Bailey, producers of “Drinking Partners,” a podcast that includes conversations about beer appreciation. These are craft brew lovers who look more like my brother.