Jody Watley Finds Her Sanctuary in the Kitchen Amidst the Pandemic 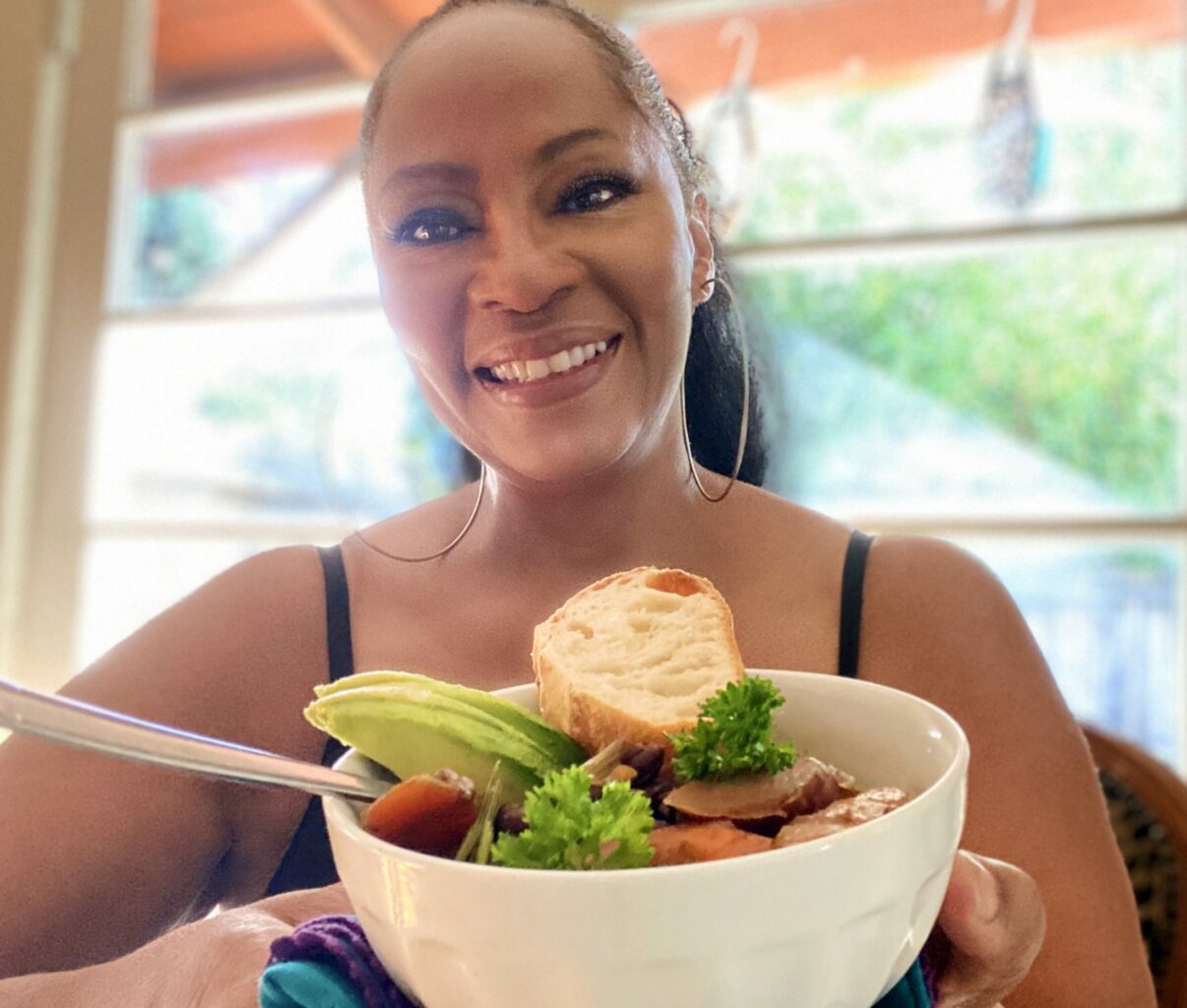 Preparing for my afternoon interview with the award-winning songstress Jody Watley called for a trip down memory lane.  Who needs MTV videos thanks to YouTube. My search for her 1987 hit, “Looking for a New Love,” from her debut album produced quite a few chuckles as I remember watching her videos as an aspiring dancer. The dance moves, the fashion…the earrings.

With a musical career that spans more than 30 years, Watley’s fans are some of the most loyal ones I know. As COVID-19 shut down live performances and touring, Watley, like other artists, is spending time catching up with family and enjoying parts of her life that we don’t get to see when she is on stage. This includes a focus on self-care and another creative outlet: cooking.

A Time to Reflect

I spoke with Watley from her home in Los Angeles. The Grammy winner is unsure when she will be able to get back on the road, sharing she is staying in the present, although some artists are already rescheduling canceled performances for 2021.

“During this pandemic, I am mainly sheltering in place and trying to avoid the quarantine 15 as they say,” the Chicago native shares.  Being a conscious eater for most of her life, these days Watley continues to opt for lighter fare while indulging when the mood hits her.

“My dad was a big salad person and I love salads to this day. My love of vegetables and salads comes from my dad,” says Watley, whose father was a minister and also loved a great steak. Watley inherited this love from him as well.

Her mother was the culinary influence behind her favorite dishes prepared over the years for her own family. “My mom was a great cook.  She wouldn’t have me in the kitchen or anything like that. And so ironically, for instance, I love my mom’s chili. She made the best chili. And when I started cooking, I made chili exactly [the same way]. She never told me any recipes, but by tasting, I just put those ingredients together.”

Growing up with her brother, dessert always followed dinner and the two looked forward to having their mom prepare root beer floats and strawberry shortcake to name a couple of favorites. This fueled her love of baking.

Memories From the Road

From her debut videos to current performances, you can always look forward to Watley’s passionate vocals and eye-stopping dance moves.  However, colleagues focusing more on her talents over the years as an artist were a little stunned to hear she can also hold her own in the kitchen.

“People were always surprised because they would look at me and say, ’You don’t look like you can cook.’ And I was like what does that mean because I throw down. I am an excellent cook,” says Watley.  The sentiment reminds me of the saying, “Never judge a book by its cover.”  In other words, don’t let the vocals, fashion and hair fool you.

“If I wasn’t traveling, I would cook because I have never been a big fast food person. I cooked meals,” says the mother of two. These days she is cooking for one as an empty nester, but that doesn’t stop her son and daughter from calling for some of her tips and cooking tricks.

When she is traveling, she says finding healthy options can be a challenge. However, it is on her show riders that she can make these requests, especially because of the variety of dietary lifestyles her band members have.

Finding healthy options or not doesn’t stop her from enjoying food while living and touring around the world. Indian food in London is top of mind as Watley once lived above a family-owned restaurant.  She says she got to know the family and the ingredients they used in the dishes well.  Japan is another one of her favorite places to work and eat.  She reminisces about the breakfast and how vegetables are eaten in the morning with miso soup.  That is something that won her over as a vegetable lover.  She is not a big sushi person but appreciates the preparation. Her brother also lives in Japan, so the country has a special place in her heart for many reasons.

The release of her latest single, “The Healing,” in May couldn’t have come at a better time when looking for music that can give your mind a comforting escape.

Until performances resume, Watley has a few other projects in the works that fans can look forward to. One is a photography coffee-table book that captures the first sessions from her debut album.  Unlike many artists, Watley owns this important visual collection.

Another one is the expansion of her candles and the addition of an interior fragrance to her product line, Sanctuary, inspired by the song of the same name on her Paradise album. She is also exploring a wellness box that complements her focus on self-care and well-being.

“I love cooking. I love baking,” confirms Watley leaving no doubt in my mind that another future project could follow in the footsteps of Patti LaBelle, Bobby Brown and others expanding their empires beyond the studio.  “It is something that I am interested in and things that are in line with eating healthy,” she says in terms of what a food product line could look like.

For now, you can join her for Meatless Mondays on Instagram and try recipes like this one she shared on her website: a healthy version of vegetable soup.  Lastly, hope that Watley not only announces new tour dates in 2021 but a few new delicious surprises too.