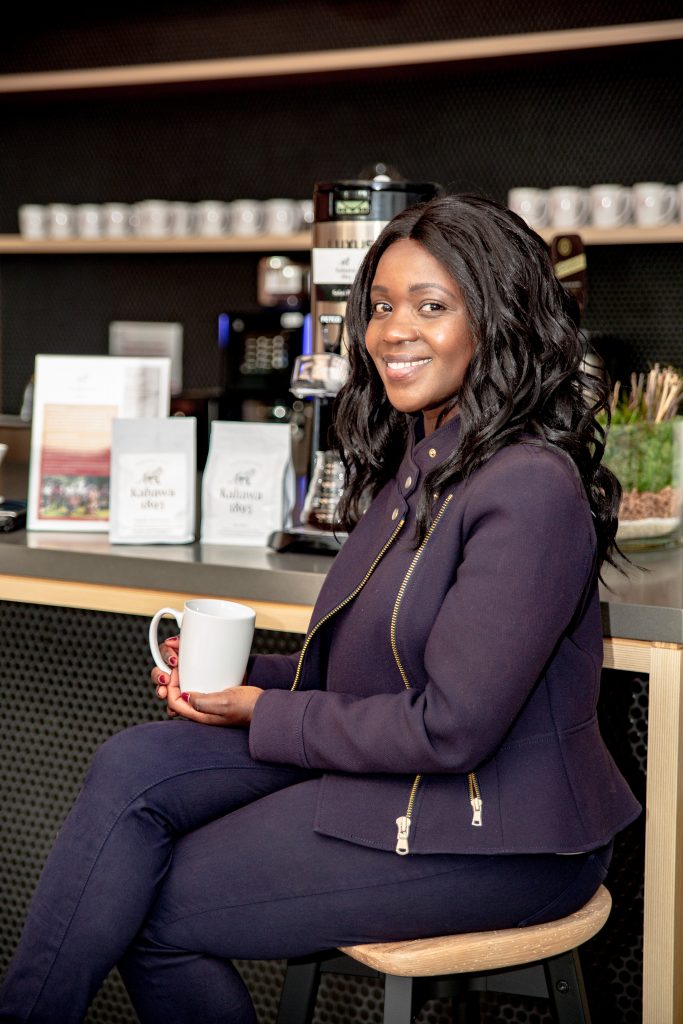 For some, coffee is but a morning beverage of choice. For others, it is much more. Margaret Nyamumbo can fully relate. The owner of Kahawa 1893, a specialty coffee roaster based in San Francisco, was surprised to find that farmers from her home country of Kenya producing globally famed coffee were not receiving their fair dues. Where accolades were plenty, affluence was scarce.

She also observed that the majority female labor force working on the coffee farms on the ground were not paid accordingly for their efforts. Moving away from her Wall Street job and creating the Kahawa 1893 in 2017 to address these issues in the specialty coffee industry, Nyamumbo has made steady strides toward some locally relevant solutions while paving a path for herself as a Black- and female-owned brand.

The excitement is palpable in Nyamumbo’s voice as she shares the latest news. “We just launched in Trader Joe’s in California. What I didn’t expect that people would celebrate was that we were the first Black-owned and woman-owned coffee brand to be in Trader Joe’s ever…They traditionally don’t carry branded coffee.”

That effort took many months of tasting, preparation and coordination. “It’s an accomplishment just making it through that process for a brand of our size and resources, but they reached out to me. Then we started the process of deciding what coffee they would carry, tasting it, and getting all the other elements together. This is our biggest volume yet, so we are putting together all the plans to deliver that in a timely manner,” she says.

Kahawa 1893 currently has among its offerings­ a light roast single-origin from Kenya; some from Ethiopia, Rwanda, and Malawi; a Safari blend which is a medium roast that Nyamumbo terms “a crowd pleaser type of coffee.”  The Serengeti Blend, one of the more popular blends, is “a very dark bold but not bitter coffee.” She also has single-serve coffee—a great way to introduce people to specialty varieties, especially those who don’t have all the fancy equipment to get the most out of the beverage.

Grown in Kenya, the coffee beans head to the Oakland port in California, and processing and packaging for distribution occur in a co-roasting facility in Berkeley. She also has a whiskey barrel-aged coffee and offers a monthly subscription box that found favor during the pandemic courtesy of online shopping.

“When I joined the specialty coffee industry, I found it to be intimidating and inaccessible. There were all these rules, a lot of gatekeeping around who governed what tasted good. And that was governed by historical context, so the tasting notes on the flavor wheel that we use have a Western bent. It doesn’t consider cultural tasting notes,” Nyamumbo explains.

“I started approaching it as what do I like, what do people in my community like, what do they think tastes good, and that’s my approach to our menu and why I created blends without all the trappings of what’s supposed to taste good or not. I wanted people to have the freedom to enjoy what they like. Our menu is designed to meet people where they are in their specialty coffee journey.”

Nyamumbo grew up on a coffee farm in Kenya and is familiar with the intricacies of coffee farming as a third-generation coffee farmer. Her grandfather started a farm when native Kenyans were allowed to grow coffee.

A little history lesson is warranted here­ on the name of the brand. Kahawa means “coffee” in Swahili, and 1893 is the year when coffee was first grown commercially in Kenya. British colonialists never allowed the natives to grow or drink coffee, so it was only after attaining independence that locals could participate in coffee production. Her grandfather was a government driver, which is how he gained access to seedlings and started a farm. “Now we are celebrating Africa’s rich history and role in the coffee trade and continued excellence,” she says.

When Nyamumbo moved to the United States for higher education and then work, she realized how specialty coffee was growing. “Kenya is considered the crown for specialty coffee, like France is for wine, in the sense of having the perfect climate and terroir for growing coffee,” she shares. “What surprised me was people that I knew back home growing coffee were not getting all their money back to support farming, even though they grew the best coffee in the world.”

She also observed that women comprised most of the labor force, but they are not compensated because they don’t own the land. “So, when I was thinking of building the company, I wanted to focus on how we can get money back in the hands of these women, and that’s how we came up with the women’s fund as a way to tip the farmers.”

The problem of farmers not receiving their dues is layered with complicated issues. One issue is the global prices set by world trade. As Harvard-educated Nyamumbo explains, global market prices for coffee were below the cost of production for everyone in the world, but Kenyan coffee makers are affected in particular because of the type of small-yielding coffee grown that is even more expensive to produce. Given a lengthy supply chain, none of that money makes it back to the source, so it’s also a structural industry issue.

With Kahawa 1893, she decided to address that in her own way, making the supply chain smaller and more efficient and getting more money back to the farmers. One solution was to help farmers produce higher-quality coffee to get higher prices for the product.

Nyamumbo also decided to tip the farmer directly and put that money in a women’s fund run by the women on the ground so they can use it to invest in themselves. Of course, Nyamumbo had to tread carefully to ensure her efforts were applicable to the local context—so it wasn’t monies taken away from the men (the owners of the farms) to give to the women but rather funds that went additionally to the female labor force.

She is happy to report, “About three years ago, we started talking about coffee produced by women receiving a premium in the market and I have seen that growing. The community has been very receptive to the idea…it’s still men-led, but I have seen that giving women this income, self-sustenance and empowerment is changing the picture in terms of how the men view them.”

Perception has created roadblocks for Nyamumbo too. Personally, she says the challenge has been being a Black female building a roasting business in an industry that traditionally is white-male dominated. At industry conferences, attendees would approach her assuming she was a barista. In talking to one coffee farmer from Rwanda, she learned she was the first Black female with a roasting company that he had met in all his years in the industry.

But her background working in Wall Street prepared her well to handle such situations. “The biggest challenge was figuring out the logistics. Coffee is a very complicated commodity. I had to become an expert in how coffee is roasted and created,” she says. “Then distribution, learning how to bring awareness to the brand. Then the pandemic and our business model.” 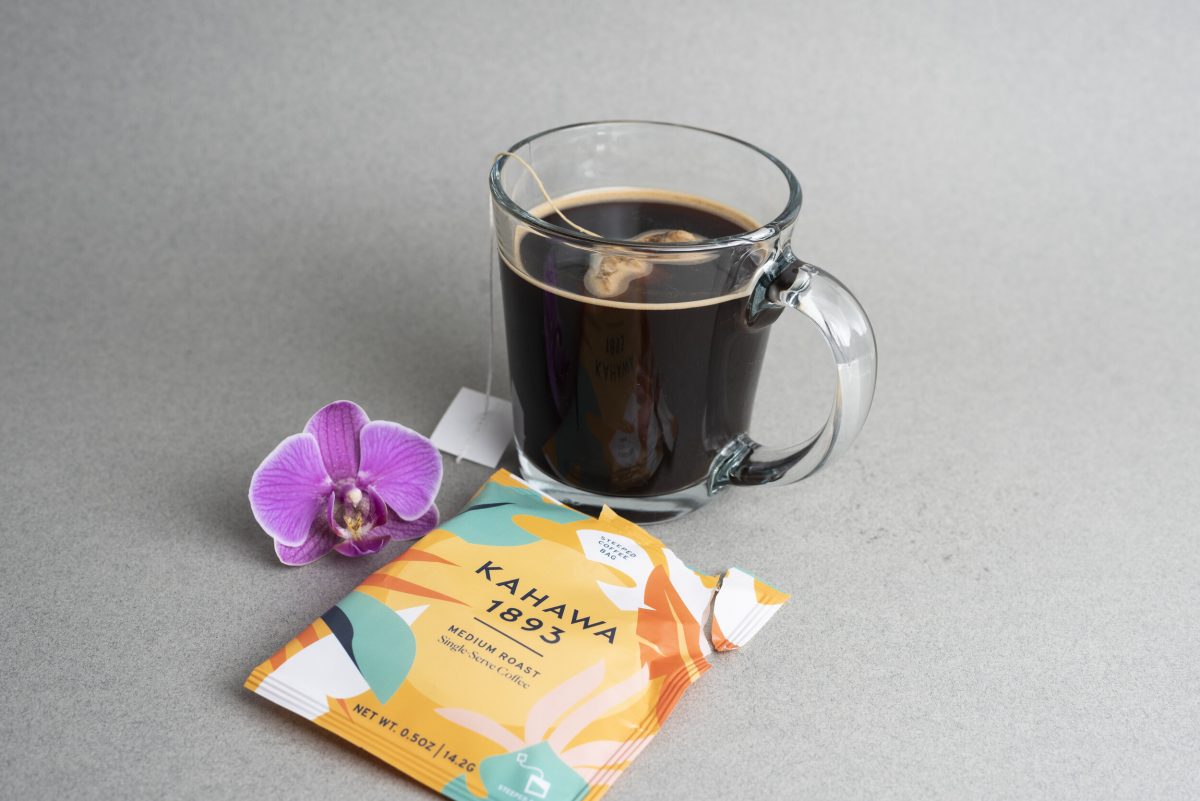 She was initially serving her coffee to tech companies in the Bay Area, such as Facebook and Twitter, and had to transition to more direct to consumer, with work from home becoming the norm. But she is now enjoying the instant feedback and connection with consumers of Kahawa 1893 and entertaining more interest from other chain brands to feature her products.

Of course, she has plans to grow the company locally and globally, serve more farmers in Africa and otherwise, and open a retail coffee shop space in the future. And you can rest assured she is working on it right now, sipping on her favorite–the Safari blend brewed in a French press—accompanied by a croissant that brings out the sweetness of the coffee. Just the way she likes it.