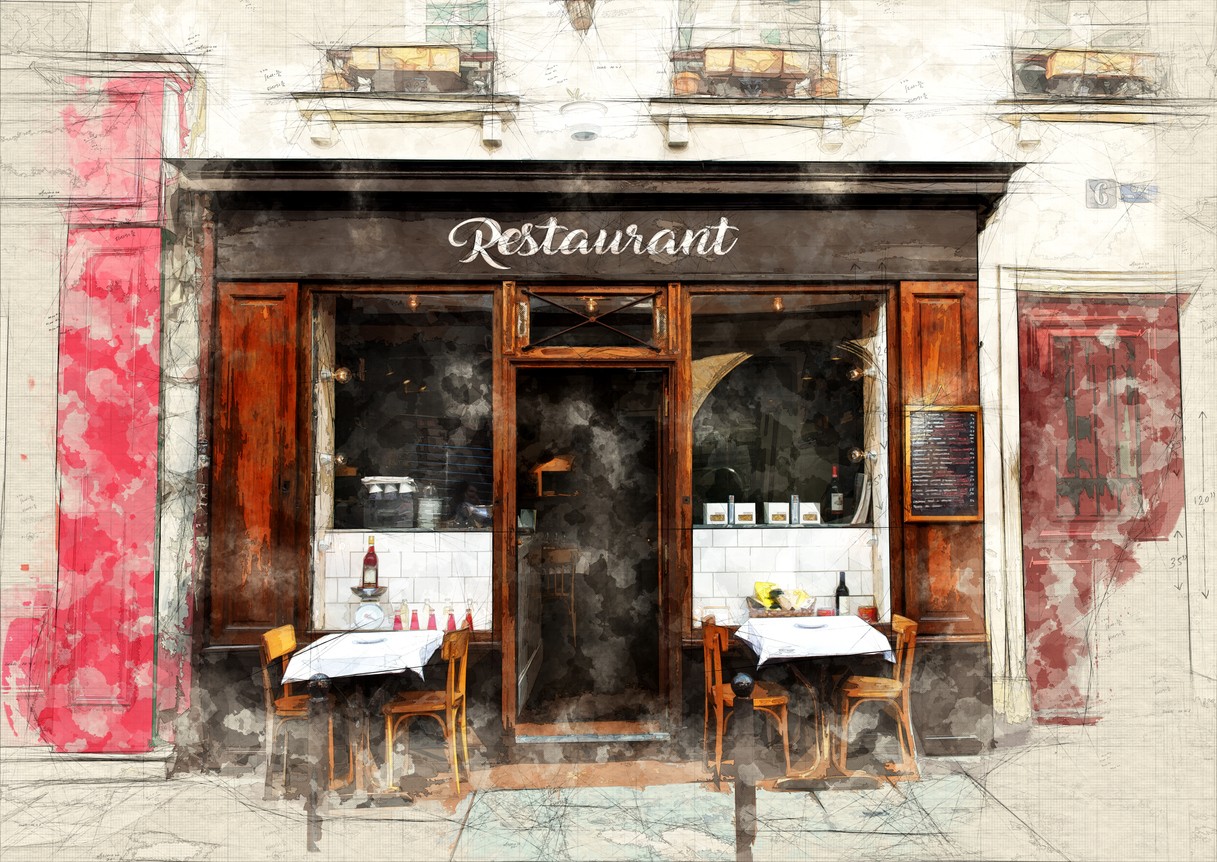 This past April marked eleven years since the closing of the first African American restaurant in Europe, Chez Haynes. Decades before Sylvia Woods (1926 – 2012) opened her renowned restaurant in Harlem, an American named Leroy Howard Milton Haynes (1914 – 1986) opened Europe’s first soul food restaurant in Paris, France, 71 years ago. It was called Gabby and Haynes, the last name of Leroy and the nickname of his first wife, Gabrielle Lecarbonnier.

Haynes’ friends called him “Roughhouse,” which was a nickname given during his years as a football player at Morehouse College in Atlanta, Georgia. After graduating, he enlisted in the U.S. Army and served from 1946 – 1949, leaving with the rank of a chief warrant officer in Europe.

In 1949, Gabby and Haynes opened its doors in the Montmartre section of Paris. Born in Clinton, Kentucky and raised on the south side of Chicago, the restaurant’s menu represented the food Haynes grew up eating and learned how to cook. Menu items included fried chicken and honey, pig’s feet and turnip greens and spare ribs. In the beginning, his most loyal customers were Black American GIs and American jazz and blues entertainers working in Paris. As the restaurant gained more popularity, the patrons were mostly Parisians. However, Richard Wright and James Baldwin had their own small tables at Gabby and Haynes.

In addition to owning and operating the restaurant, Haynes dabbled in the acting business starring in several small movie roles in about a dozen French films. He also marketed and sold his own brand of wine and barbecue sauce, branding his business decades before this concept would be taken on by American chefs.

The year 1964 was a big one for Haynes. He divorced Lecarbonnier, became a naturalized French citizen and reopened his second restaurant under the name Chez Haynes at a new location that was rumored to be a former brothel. Haynes turned the restaurant space at 3 Rue Clauzel into a stylish 48-seat eatery. The walls were decorated with signed photographs of blues, jazz and international movie stars – including a photo of Sarah Vaughan – autographed with a note that read, “The best food in Europe.”

The menu had many of the same signature dishes guests loved from the previous restaurant location. In the February 1968 issue of Ebony Magazine, the published article, “Paris ‘Soul Food’ King,” mentioned that Richard Burton and Elizabeth Taylor celebrated her February birthday the previous year at Chez Haynes with quarts of Jack Daniel’s sour mash whiskey and fried chicken sprinkled with garlic salt. This was something relatively new in the 1960s since most fried chicken eaten during that time was seasoned only with salt and pepper and coated with flour.

Other celebrities passing through its doors included Peter O’Toole, who went wild over the chili and red beans, Brigitte Bardot, who enjoyed chitterlings and lemon meringue pie and Jackie Gleason, a big fan of smoked ham hocks and black-eyed peas.

Haynes, along with his third wife Maria Dos Santos (whom he married in 1985), continued to run the restaurant together until he died in 1986. Dos Santos kept the restaurant going for another 23 years before it permanently closed in April of 2009. Chez Haynes is gone but not forgotten. In addition, the city of Paris honored Haynes’ gem by renaming a portion of Rue Clauzel with an honorary Chez Haynes street sign.

I am honoring his legacy by recreating his Hambrock and Gabbage dish (number 23 on the menu) for Cuisine Noir readers.  Whether you prefer to enjoy this classic traditionally or on the lighter side, it’s a recipe that will take many back to Sundays at the dinner table.  Check out this dish in the recipe section.

Wilbert Jones is the president of The Wilbert Jones Company – a food product development and marketing company founded in 1993. He has authored three award-winning cookbooks and was the host of the PBS television series, “Healthy Heritage Kitchen” in 2008.