Luella' Southern Kitchen: A Tribute to One Chef's Great Grandmother 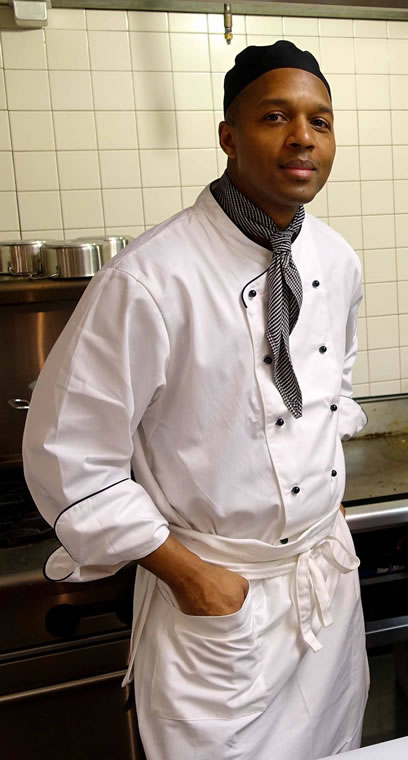 Chicago’s Lincoln Square is now home to its newest restaurant, Luella’s Southern Kitchen, by chef Darnell Reed.  The restaurant pays homage to his great-grandmother Leulla who moved to the city in 1943 from Morgan City, Mississippi.  “She was the chef.  There were my aunts and my uncles, we did have other people in the kitchen who would cook, but she ran the kitchen,” remembers Reed who enjoyed many family gatherings growing with his great-grandmother who lived in the Robert Taylor Homes on the south side.

For holidays, Luella created her own traditions by roasting a duck instead of turkey that accompanied sweet potato pies and other fixings while his aunt would bring Pineapple Upside Down and 7-Up cakes.  Reed says the spread was not complete without a pitcher of Kool-Aid and if you are from Chicago, you know what color it was.  “They really made me see how food can bring people together because we were all there together but we all had an interest in how the meal was going to come out.”

In addition, to being introduced to cooking by his family, Reed became a fan of chef Justin Wilson, a southern chef known to Cajun-inspired cuisine.  Together with his great-grandmother, the seeds were planted for his future in the culinary industry.

Reed would go on to graduate from Chicago’s Washburne Culinary Institute and began his professional career at the Palmer House Hilton before moving up the chain of command in the kitchens of various Hilton properties.  From the start, Luella was there to guide him on recipes and techniques.

Dreams of a restaurant were planted early on in his career, but so was the understanding that you have to the right financial backing to give it a fighting chance of being successful. Reed wasn’t sure what restaurant concept he wanted to open but after doing a southern-themed menu as the executive chef at the Conrad Chicago Hotel, the influences from his great-grandmother unknowingly guided him and after connecting the dots, the vision for Luella’s Southern Kitchen was born.

Located at North Lincoln Avenue, the restaurant officially opened this month on February 3 to a packed house.  The cozy 44-seat location is open Tuesday – Sunday and the menu will not disappoint.  Chicken gumbo, Bourbon chicken and waffles, shrimp and grits, and Low Country shrimp and crab boil are just some of the offerings.

At just 35, the Chicago native is well on his way to joining the ranks of some of the city’s most successful restaurateurs.  “I want it [the restaurant] to be a place that you would bring your friends and family to.  I want it to have the same feeling that I had when I would go to my great-grandmother’s house.  I want people to walk away just thinking about who are they going to bring to join them next time because they just enjoyed it that much.”

Luella’s Southern Kitchen is located at 4609 North Lincoln Avenue, Chicago, IL  606025, 773-961-8196.  For more information and to drool over the menu, visit www.luellassouthernkitchen.com.  You can also follow Reed and the restaurant on Facebook and Twitter.