Marcus Johnson's Prescription for Jazz, Wine and Therapy of FLO 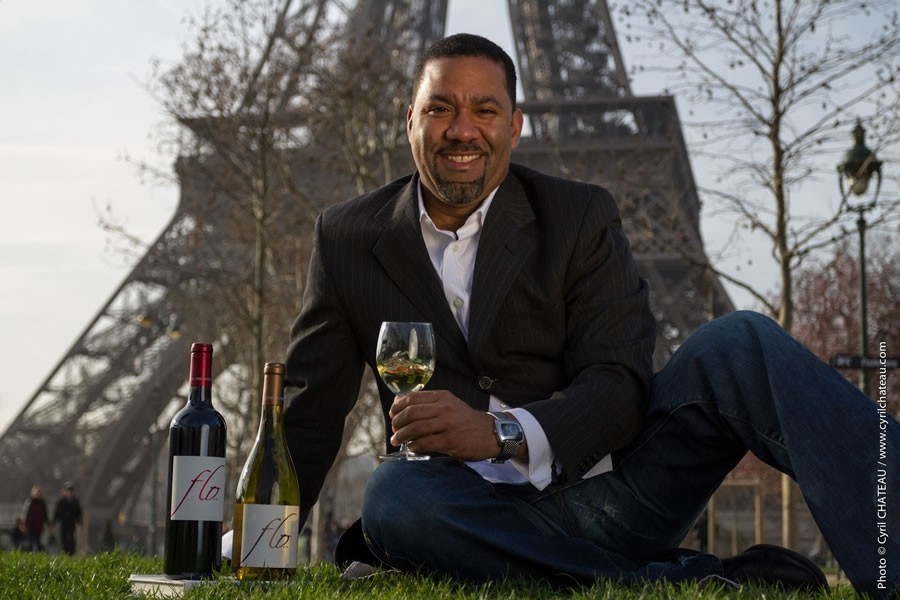 Marcus Johnson of FLO Brands is an entrepreneur and a smart one at that. It’s easy to respect a guy with both a JD and MBA behind his name and Johnson looks for opportunities in everything. But don’t let the pragmatic businessman side of him fool you as he’s also a very creative, artistic man that’s passionate about what he does. The best entrepreneurs have to be. If you go by the left and right brain philosophy, Johnson is strong on the logical side of running a company as well as on the creative side of coming up with new ideas. From jazz musician to wine man, his enthusiasm is contagious and you’ll find yourself anxiously waiting for what he’s going to come up with next.

Johnson is most importantly a jazz musician and that’s still up front in everything he does. His music career began officially in 1997 with the release of the first of fifteen (and counting) albums. Through is music, he’s known all over and he’s based in the Washington, D.C. area which served as the creative hub for not only his music but also his wine. Jazz into wine may seem like a stretch, but if you talk to Johnson, the two aren’t that different, especially when viewed as lifestyle, therapeutic products. “The business I’m in is therapy. FLO is your therapy,” says Johnson.

Johnson is a charismatic personality that would have no problem attracting people to his music or wine, but he says right away that “the focus of FLO Brands is conceptual. Concepts outlast people.” He’s definitely setting FLO Brands up for the long term. Beginning in the mid-2000s Johnson started thinking about extending what he was doing with music into an entire lifestyle brand. It wasn’t difficult to think of a glass of wine going well with jazz on a sunny afternoon and it would make sense since jazz fans were already enjoying wine with their music. The connection was obvious. Focusing on the Washington area, Johnson worked with vineyards in northern Virginia to release his first wines (both a red and a white) in 2010. The wines were distributed locally and featured at Johnson’s concerts. They sold well.

With success in the Washington area with Virginia-grown grapes, the decision was made to enter into the most competitive wine region in the United States; California. That’s a tough move even for people with wine industry names like Mondavi, Meyer, Gallo or Trinchero. California, especially the prime regions, can be expensive and difficult places to be successful. Coming from outside of the wine industry would have proven to be more of a challenge for Johnson had it not been for his FLO Wine partner, Rob Piziali, who had previous wine industry experience. The two have managed to create working relationships with wineries like the Miner Family in Napa Valley and Wente in Livermore Valley. The wines are produced through other wineries and then blended and labeled for FLO.

With a modest price, the wines have been very successful, even landing a spot in Michael Mina’s coveted BOURBON STEAK restaurant at the Four Seasons in D.C. That type of successful placement so early on could go to someone’s head, but Johnson doesn’t take his success for granted. “It’s really hard work and very difficult. I take my hat off to every African-American winemaker out there.” Ultimately, Johnson’s goal is not to make expensive wine, but good wine. It’s part of an entire package that includes not only the wine but also the music.

Why Music and Win FLO

The combination of wine and music is a winner. On the FLO Brands website one of the most popular items is the FLO Gift Pak which consists of two bottles of FLO Wine and one Marcus Johnson CD. In short, the recipe for a perfect evening. The wine itself is a pleaser for a broad range of palates. Each year, FLO releases a red and a white with distinct characteristics and like his jazz music, the wines benefit from blending. The red uses Bordeaux as the primary inspiration with a blend of cabernet sauvignon, merlot and then adds unusual touches such as petite sirah. The white is inspired by Burgundy and uses chardonnay as the lead grape with the unexpected backup of viognier or riesling. For something a little less-dry, expect a moscato from FLO Brands in the very near future. Johnson says, “Moscato is what people like.” No doubt, this will be a strong seller for FLO.

As the interview concludes, the question arises about Marcus’ own wine collection. He enjoys a Napa Valley cabernet sauvignon and, unsurprisingly, wines made by FLO. It’s comforting to know he is a believer in his own product and actually enjoys drinking it. What’s the perfect pairing with FLO Wines? Johnson doesn’t suggest food, he suggests jazz. Miles Davis or St. Germain are two top picks and if you’re into Pandora Internet Radio, he says to be sure and listen to Mark Farina’s station for a good mix of music that goes well with FLO. “Happily ever after is a process and a journey, not a destination,” says Johnson. His journey has certainly been a happy one for his followers and fans with the promise of more to come along the way.