McBride Sisters Collection Combines Passion for Wine and the Environment 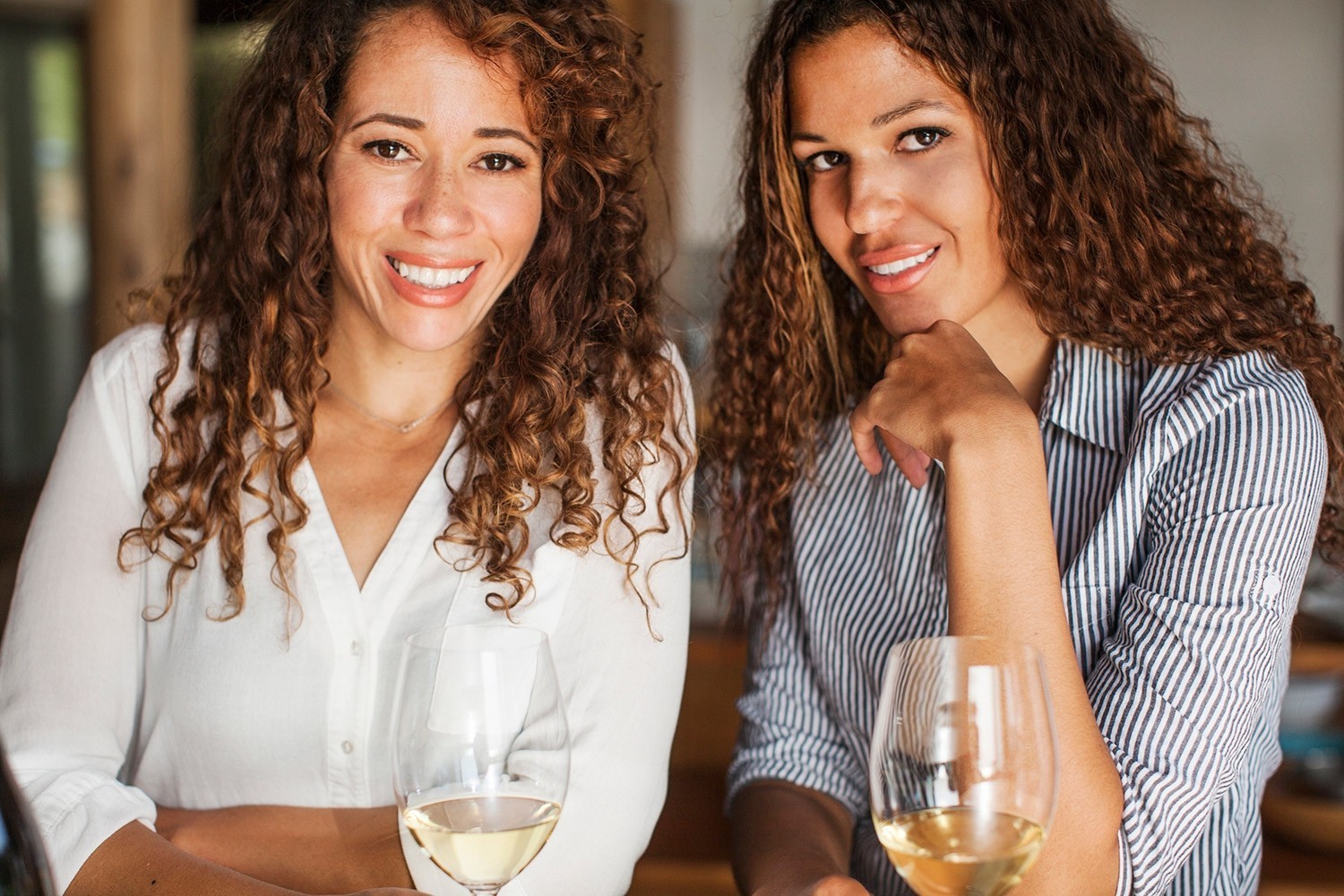 It is a story that I love hearing and sharing over and over again. Big sister Robin McBride grows up in Monterey, Calif. unaware that thousands of miles away, she had a little sister, Andréa McBride. Born in the states, Andrea’s mother took her back to Marlborough, New Zealand where she would grow up believing she too was an only child. At ages 25 and 16, they would finally meet each other for the first time at the request of their father before he passed away and with the help of relatives.

As the two got to know one another, Robin says there was no denying that they were sisters. Their sisterhood bond would be further cemented by their shared passion for wine which first led to the launch of their import business and then their sustainable label eco.love, the world’s first carboNZero certified brand, in 2010. They later partnered with Diageo Chateau & Estate Wines in 2015 to create and produce Truvée.

As I sat down with Robin over lunch in Berkeley, Calif. last month, I was excited to hear more about their new venture sans partners, McBride Sisters Collection, launched in the spring of 2017. With the new brand, the McBride sisters continue to focus on crafting environmentally responsible wines in their signature style they describe as, “a blend of elegance of the old world with the finesse of the new world.” Some of my favorite wines by far, it is easy to see why they have been so successful in the industry while becoming an inspiration to so many.

Paying Dues in the Wine Industry

“We have been in the business for 13 years, and we have been in all phases of the business. We have the confidence, and we have the history to prove that we can deliver and produce and keep delivering and producing,” says Robin. Indeed, this small but mighty sister team has proven to be a powerhouse producing upwards of more than 20,000 cases a year and securing an exclusive deal with the grocery retailer Kroger which sells more than $1 billion in wine annually.

Before I was introduced to the wines, I had to ask about the label and what noticeably appeared to be a family crest. It was. In fact, it was created by Robin and Andréa.  Breaking it down, Robin shares that the peacock at the top symbolizes their father while the two lionesses on the sides represent their mothers. Next, you’ll see the M and S intertwined together in the middle for McBride Sisters. Look closely and you’ll see that the S is in a curly font, a resemblance of the sisters’ curly locks. The crest is complete with the year 1999 which is the year they met and their journey as sisters began.

A Collection Rooted in Family

The McBride Sisters Collection is a reflection of both Robin and Andréa’s upbringing. The national brand currently consists of two wines from New Zealand and two wines from the Central Coast of California. Robin starts with the 2016 Sauvignon Blanc Marlborough New Zealand. Boasting complex flavors, get ready to taste nectarine and peach as well as tropical nuances of papaya and guava. Excitement built as we moved on to the NV Brut Rosé Marlborough New Zealand. The sisters’ first sparkling wine is 90 percent pinot noir and 10 percent chardonnay. Aromatics include floral notes of rose petals, crushed red berries and hints of strawberries and cream. Carefully crafted after two fermentations, this Brut Rosé adds sophistication to a Sunday brunch, or if you love bubbles like I do, it will quickly become your go-to regardless of the meal or occasion. Not only is it one of less than a handful of sparkling wines produced by African-Americans, but it is also the first Brut Rosé that comes out of New Zealand into the U.S. market. Another fun fact is that the pinot noir grapes used during production come from the same vineyards Andréa helped plant when she was growing up. Talk about life coming full circle.

If chardonnays top your white wine list, the McBride sisters have got you covered. It was a balancing act when it came making their 2016 Chardonnay Central Coast offering that is not too oaky or buttery. Your palette will undoubtedly pick up complex fruit notes of pear, apple, mandarin orange and tangerine with very subtle oak notes.

Topping off the collection is their 2015 Red Blend Central Coast. This proprietary blend of merlot, zinfandel, malbec and petite sirah was aged in French, American and Hungarian oak giving the wine a delicious combination of notes to include toffee, blackberry and raspberry cobbler. Robin points out that they wanted a softer, smoother red wine without all of the tannins. For that reason alone, it is another one of my favorites.

As the collection marks a year this month, Robin and Andréa are busy preparing to bring the next vintage to market as currently seen on their Instagram account as they work harvest in New Zealand.

This year will prove to be another busy one as they plan to expand their team and also continue hitting the road to promote the brand. Among the stops includes the Association of African American Vintners’ 10th Wine Symposium and Tasting in Santa Rosa, Calif. on June 23 and ESSENCE Fest in New Orleans this July 5-8.

With other projects in the works, one includes creating opportunities and content to connect with those in the industry or looking to get into it. After working hard for so many years, Robin says they are now at a place where it is fun and that, “It feels good for us to have the experience to be able to share and see younger people who are interested. Because we’ve got to have some changing of the guard at some point.”

Be sure to stop by a Kroger store near you to pick up a bottle or two. The McBrides also ship to more than 30 states making it convenient to have the wines sent directly to you.  For more information, to order and to check out their pairing recipes, visit www.mcbridesisters.com and follow their wine journey on Instagram.