Michael Caines: The Journey of a U.K. Top Chef 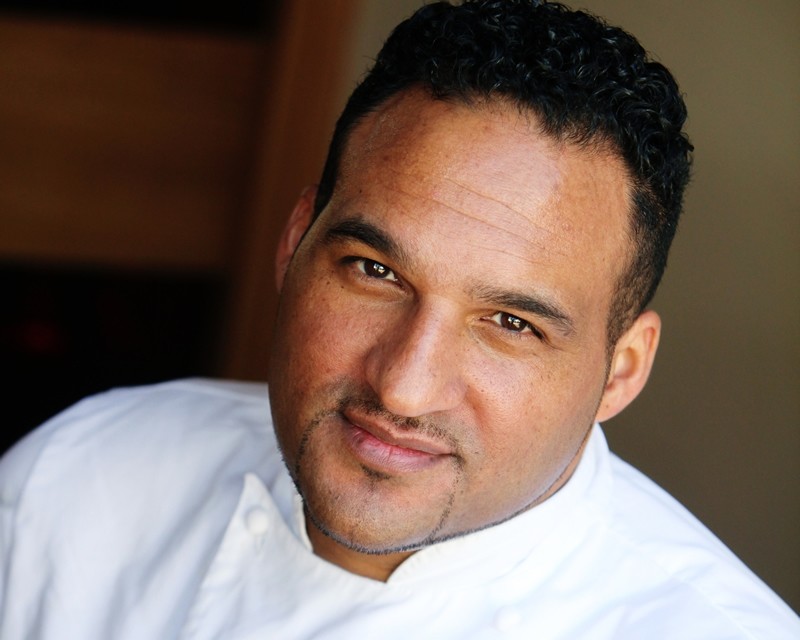 For 20 years, chef Michael Caines has been the culinary mastermind at Gidleigh Park, a prestigious country house hotel located on the edge of Dartmoor at Chagford, Devon.  With two Michelin stars to his name and a list of accolades that includes being named AA Chef of the Year in 2007 and the best in the country in 2011 and 2012 as well as earning a MBE award (Member of the Order of the British Empire) which is only given for “significant achievement or outstanding service to the community.”

Caines’ culinary prowess actually began like most chefs at a very young age. Adopted into a family where he was the sixth child, he started helping his mother bake before moving on to savory dishes.  The family grew their own food which trained Caines’ taste buds for freshness and seasonality.  “It was all part of the family really. I was the youngest of six children and mom obviously cooked for us to make ends meet. We had to grow our own stuff so dad grew vegetables and mom turned them into lovely, wholesome food. It was very much a lifestyle,” says Caines.

After completing school, the military seemed like the next logical choice but that all changed once he found out that being a chef is truly a viable career option. “I hadn’t realized that cheffing could be a career. When I found out that one of my friends was going to be a chef that is when I realized that I could actually take it as a career at which point I really jumped in with both feet and decided that my future lay.”

After attending Exeter Catering College and earning Student of the Year, he honed his talent by working for some of the best chefs in the world such as Raymond Blanc in Oxfordshire and Joël Robuchon in Paris and the late Bernard Loiseau in Saulieu.

Humble and very grateful for all of the recognition that he has received over the years, he acknowledges that he is just one of the leading lights in the U.K.  However, Caines’ journey to success has not been without any bumps in the road, one of which almost took his life.

Determined to be the Best

In 1994 after starting Gidleigh Park as it’s new executive chef, Caines fell asleep driving home from this niece’s christening. Eager to impress and working long hours, he was simply tired.  The impact woke him up as the car lost control after colliding with the central reservation. He would lose his right arm but with the support of his family as well as Gidleigh Park, he returned back to work two weeks later and eventually received a prosthetic arm from the U.S. Caines then made it his goal to not let this stop him. It just meant he had to work harder to be the chef he wanted to be.  That perseverance paid off and earned him the two Michelin stars (he is going for a third) and the restaurant has been voted #1 two years in a row (2013 and 2014) by Harden’s Sunday Food Times List.

His style is noted as “classic and highly innovative, modern European yet firmly rooted in the West Country.”  When creating signature and winning dishes, he says, “I have always championed great produce, in particular, local produce in the area of the South West.” In addition, a lot of attention is given to where the seafood, lamb, beef and other meats are sourced from for an optimal tasting profile while breads, marmalades and other staples are made in-house.

Catering to international palates is not as hard as it may seem.  With guests coming from around the world, Caines says, “The thing about being a chef of high quality, there is an element that what you are doing represents you and therefore people are going to take the meal for what it represents. I am conscious of the fact that palates do differ but I don’t adjust my cooking style.” However, Caines and the restaurant do cater to guests with dietary restrictions such as celiac disease as well as diabetes and the intolerance of lactose.

With many years to go and more culinary greatness to create, Caines will continue to proudly represent the greatness of food in the U.K. Next month he’ll join thousands from around the world at Terra Madera and Salone del Guston in Turin, Italy channeling Mark Walberg and the gang from the movie, “The Italian Job,” arriving in BMW MINIs with produce from Devon.

For more information about Michael Caines as well as his partner endeavors outside of the kitchen such as motor racing, slateware and a luggage and accessory line, visit his website at www.michaelcaines.com.