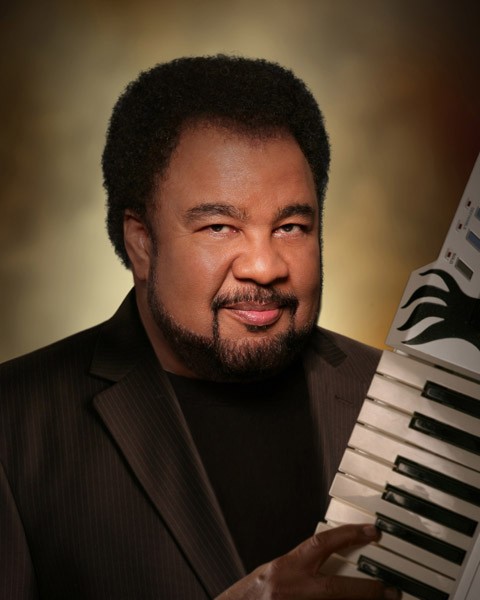 For more than 30 years, keyboardist-composer-producer George Duke has serenaded fans and audiences around the world with his multi-styled blend of vocals and instruments. He first caught my ear as a teenager with his album Snapshot which produced the hit singles “No Rhyme, No Reason” and “Geneva.” And over the course of his career has released 30 solo projects and worked with artists such as Al Jarreau, Najee, Anita Baker and Dianne Reeves.

But what caught my attention as the publisher of Cuisine Noir is the fact that not only is he a maestro on the piano, he can also go toe to toe with wine experts given his 20 years as a true wine enthusiast.

The Perfect Combo: Jazz and Wine

I first heard about Duke’s collection over dinner last year with James Adams from the organization Roots & Vine Wine Tours. Always amazed and excited to hear about the “foodie” side of celebrities who love food and wine, I knew this would make a great future story. Duke is scheduled to release his next album this month on August 10, so I thought it would the perfect time to explore his other passion, wine.

RELATED: Off the Court and on the Culinary Scene with Rick Fox

His first introduction to wine was through his former lawyer who invited him to attend a Friday gathering hosted by the WOW Club (World Organization of Wine) at Le Dome Restaurant which was previously open on Sunset Blvd. in West Los Angeles. The club met every other Friday and attracted wine lovers from all over the world who would come, share and taste bottles from other countries.

Since this introduction, Duke has been enjoying and building his own collection of wine which is now around 1500 bottles, down from over 2000. “I prefer rich wine, dark and heavy. I like the color dark, I like it rich and deep but that is not everybody.” His current favorite is a bottle of 2006 Earthquake Zinfandel that he was turned on to while in Monterey. “I started off with white and graduated to red.”

You can find Duke sharing a bottle or two with family, friends and fellow artists especially in his studio in Los Angeles. For those new to wine, he recommends starting with whites and tasting over time to learn what you like and what you don’t like. As for himself, he likes reds over whites and whites over rosés. In his wine cellar, you may find a little of everything, but he especially fancies Bordeaux and Italian wines.

Similar to his gradual transition to red wine, Duke’s soon to be released CD, “Déjà Vu,” is also a gradual move to what is familiar and what feels good. “It is kind of a look back at some styles I started playing in the late ’70s.” He goes on to say, “I decided to revisit the synthesizer, the old instruments. I mean I went back and started dusting off some old instruments I had in storage and using them on this record along with some of my current instruments.”

I had a chance to listen to the CD and fans are in for a groovin’, funk-filled listening experience. Be sure to check out track #3, “What Goes Around Comes Around,” as well as track #6, “Oh Really?” Again, Déjà Vu hits stores on Tuesday, August 10. For tour dates and upcoming shows, visit www.georgeduke.com.