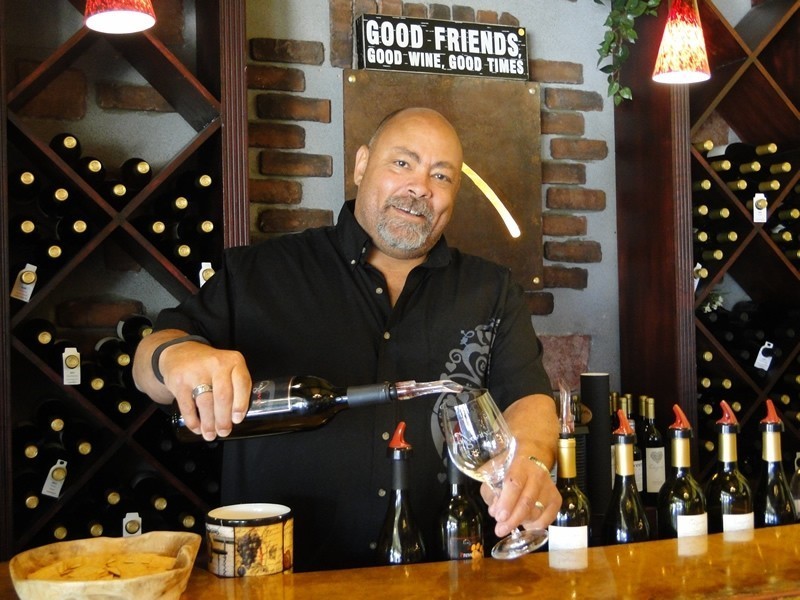 Phil Long, co-owner and winemaker at Longevity Wines in Livermore, Calif., got into the wine business for the right reason. “It’s about a lifestyle and loving what you do,” he declares.  It could not sound like a more perfect recipe for life. Phil and his wife, Debra, co-founded Longevity Wines in 2008 and have since turned it into a family-owned, boutique winery to be proud of that is known for a distinctive “pink” pinot grigio and a set of creative blends.

Going Where the Vino Is

Long grew up in the Los Angeles area city of Inglewood and says, “There’s not a lot of wine in Inglewood. In Southern California, wine is something you buy from the store.” That perspective all changed when he moved to the San Francisco Bay Area. “I’ve loved wine as an adult. It’s everywhere in Northern California.” It is a true statement and it is difficult to drive any distance in the Bay Area, even around Sacramento or Monterey, and not find vineyards close by.  It was in the Sierra Foothills AVA of Fairplay where Long first bottled his own wine and apparently caught the bug. He began with a half barrel in his garage which expanded and it was only a matter of time (and a lot of hard work) that led to the opening of Longevity.

When discovering the wines of Longevity, there are several to choose from. For a winemaker, it must be hard to pick a favorite wine, but Long does not think too hard when the question is posed. He responds with pride about his celebrated “pink” pinot grigio.  His other favorite wines have family connections. The debru-veé, a playoff on his wife’s name, is a Rhône-inspired blend of syrah, grenache, mourvèdre and petite sirah. Long has his own Left Bank Bordeaux-styled blend, Philosophy, which contains cabernet sauvignon, merlot, cabernet franc and petit verdot. Not to be left out, the couple’s dog, Press-Ton, has a wine named after him that is especially popular with Longevity wine fans. The Press-Ton blend changes each year, with the current release being a malbec and cabernet sauvignon blend.

A Setback for a Setup

Long loves what he does, and having experienced life’s challenges, he appreciates every day.  In 2011, he suffered a tragic accident. A wine barrel fell from a rack and landed on his head, leaving him on the floor of his winery partially paralyzed. His recovery has been nothing short of miraculous and his story was made into a mini-documentary by David Anthony Alvarado. Long says he’s back to “90 percent” of what he used to be.

His commitment is strong. “This is something we’ll do until we die,” he says of making and selling wine with his wife. The best ventures in life can always be improved upon. “Our winery is in one location, our home is in another, the vineyards are all over. It would be nice to have all in one place someday.”

Plan your next day of wine tasting in Livermore Valley with Longevity Wines at 2271 South Vasco Road, Livermore, Calif.  www.longevitywines.com. 888.325.WINE.  Follow them on Twitter and Instagram for more events and other wine news.