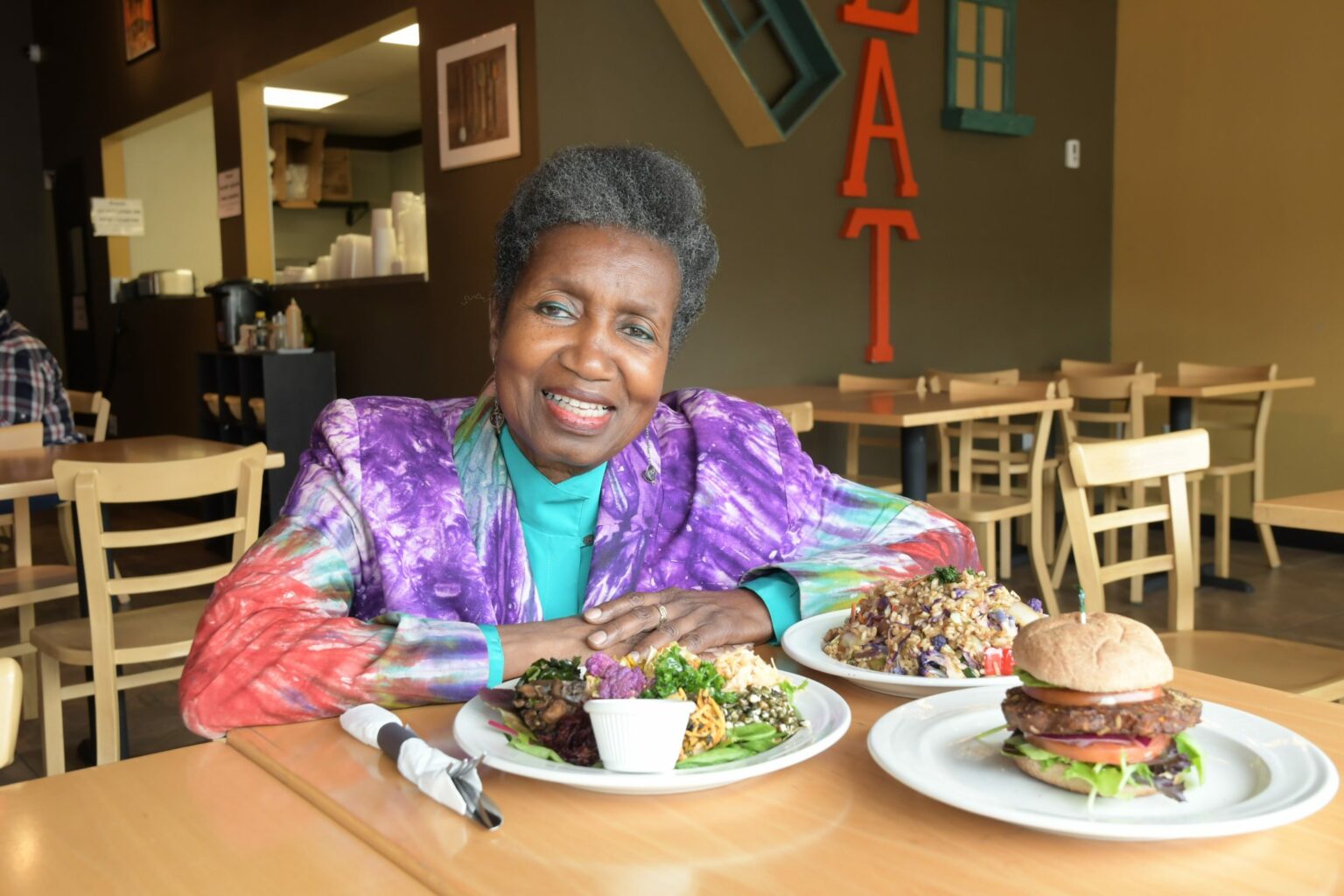 As a premier black-owned vegetarian, vegan and raw restaurant in West Philadelphia, renowned for being among the first to bring healthy food options to the community, Atiya Ola’s Spirit First Foods just wrapped up another “first.”  Last month, the City of Brotherly Love hosted its inaugural Philly Vegan Restaurant Week (PVRW), with Atiya Ola and Spirit First Foods as a proud participant.  Conceived by Carmella Lanni and friends, PVRW donated a portion of its proceeds to the Peace Advocacy Network, an organization that promotes peaceful existence through veganism.   Resonating with Atiya Ola’s overall mission of promoting health and well-being, this nonprofit agency supports, and in some cases, literally provides guidance to those making the transition from the Standard American Diet (SAD) to a more health-inducing and sustainable one.

Health and Community Through Spirit

Atiya Ola’s mission of health and community involvement began in the early 1970s when she was part of a group of young entrepreneurs who made and sold art, clothes and jewelry and practiced “building” at every opportunity.  Her relationship with delicious, picture-perfect food began much earlier.  “As a child, my mother and senior sister made holiday foods.  It wasn’t until I was grown and making the decision to go into food that I realized my mother and sister were magazine cooks.  When I started looking at magazines, I realized I was raised on beautiful foods including a large variety of vegetables, stews, soups, casseroles, poultry, fish and game.  Preparing food is in my DNA,” says Atiya Ola whose surname is Sankofa and prefers to be called Atiya Ola as she feels there is a spiritual essence that comes through when said together.

Serving vegan and vegetarian food was a natural progression.  As a mother of eight, she was accustomed to preparing fresh fruits and vegetables for her children.  Her love for preparing and serving healthy foods lead her to vending.  With an increased knowledge of the value of healthy food, she became a vegetarian and brought her three youngest kids with her, kicking and screaming.  Her health quest and love of community culminated in the opening of a cozy 13-seat restaurant in 2008 on one of Philly’s most eclectic culinary streets, Baltimore Avenue.

RELATED: Black-Owned Restaurant Week is Back in Portland

When the rent increased almost two years ago, she lost her brick and mortar location but continued to vend and cater from her home.  When word got around, the community rallied in her support and held fundraisers at various venues; even setting up a GoFundMe page.  Thanks to an opportunity with the Common Table (one of Philly’s restaurant incubators), Atiya Ola’s will soon celebrate one year at its new 40-seat restaurant just blocks away from its old spot on Baltimore Avenue.

Walking into the new place feels like family and neighbors stopping by to see what’s for dinner.  On any given day, Atiya Ola comes out from the kitchen, still wearing her apron, to personally greet an old friend and usually makes a new one.  On weekends, there’s the occasional ‘open mic night’ or karaoke; Sundays and Mondays when the restaurant is closed community members often use the space to host baby showers and networking events.  At those events where turnout is sparse and the tip jar is low, Atiya Ola smiles at the organizer, serves up a big hug and gently pushes the proffered contribution into the jar.

For anyone looking for enticement to sample vegan cuisine or to introduce someone to healthy and delicious food options, Spirit First Foods is one way to start in a city that is becoming a fast favorite on the food tourism circuit. If you missed Philly’s Vegan Restaurant Week last month, don’t worry there is always next year.

For more about Philly Vegan Restaurant Week, visit https://www.phillyvrw.com.  To dine at vegan restaurants all year long, check out the article, “When it Comes to Vegan Dining in Philly, The Home of the Cheesesteak Proudly Vedges Out.