The Women Behind PowerHouse Productions 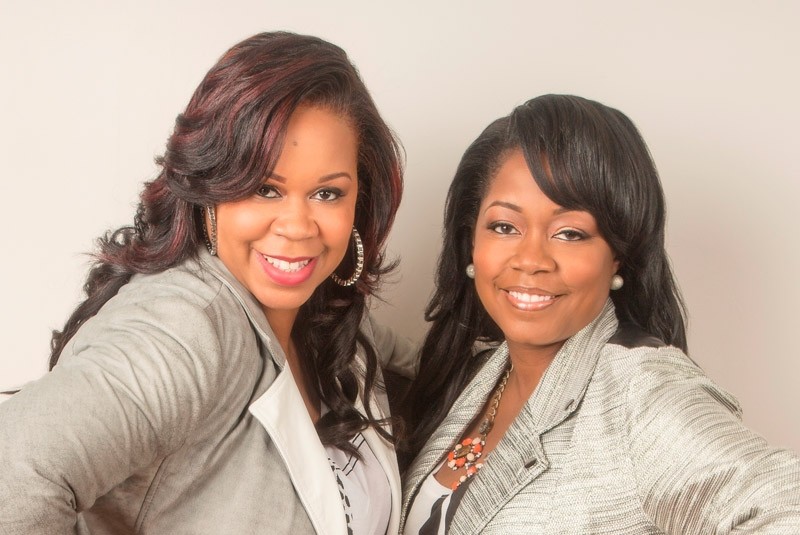 Behind every production company is a team of creative minds, looking and discovering who or what is new and hot.  Talent on the cutting edge.  When Rochelle Brown and Sonia Armstead started their careers in television, they didn’t have a clue that one day instead of producing news, political debates and whatnot, they would be producing culinary shows that would captivate the taste buds of millions.

The Tale of Two Executive Producers

Born in Jersey City, New Jersey, Brown grew up around food and her family, like most, celebrated almost every occasion with food.  Knowing she always wanted to be in the TV industry, she graduated from Douglass at Rutgers University and landed her first job at FOX’s “Good Day NY” as a trainee.  Here Brown would be introduced to producer Ricky Stofsky who would mentor her as well offer her a job at the newly created Food Network that she was helping to launch back in 1993.

“Mentors are kind of what make you in this industry. Ricky has always been a great mentor to both of us. She told me she was going to be leaving and I was devastated. She was going to start up a network called the Food Network and I was like you can not leave me. I didn’t really care that it was the Food Network, I just loved working for her,” says Brown.

So putting her creative juices to work, Brown sent her resume to Stofsky in the form of a menu with each course representing what she could bring to the table along with a bottle of wine and cheese and crackers. It worked.  She was hired as the third employee of the Food Network.

Armstead, also a native of New Jersey, was actually being groomed to be an engineer but switched tracks before graduating from high school.  Instead, it was journalism that made her heart beat as well as the dream of one day working for ESSENCE magazine.

Changing tracks once again, she interned at “Regis & Kathy Lee” and which opened her eyes to TV.  After college, HBO came calling but Armstead, who was sick at the time, couldn’t make the interview.  But as that door closed, the one at FOX opened and eventually she was also working on “Good Day NY’ where she met Brown.  Armstead also worked for the Food Network before taking on other roles in the industry.

In 2003, the duo came together with all the experiences they had gained over the years and decided to make their talent and contacts work for them and PowerHouse Productions was born. “Timing was right,” says Armstead who has always been a foodie.

Being a Part of the Food Revolution

From the very beginning, both Brown and Armstead could see the culinary revolution that gave birth to culinary networks, culinary stars and chef reality TV shows.  One of their first clients under the PowerHouse name was Emeril Lagasse and the power duo also produced “Living It Up with Patti LaBelle,” on TV One which was also just planting its feet in the industry.  When the network wanted to enter the lifestyle category, the power duo was called in to check out a new talent who was discovered in Los Angeles.  On a conference call, they met Gerry Garvin, aka G. Garvin, and weeks later they were shooting a 26-episode buyout on “G. Garvin’s Road Tour.”  PowerHouse also produced Garvin’s show, “Turn Up the Heat with G. Garvin,” which ran for seven seasons.

Since 2003, the power producers have worked for networks such as the Cooking Channel, TBS, BET, Fine Living Network and HGTV to name a few.

The Power of Creation

Their reputation for creativity when it comes to developing programming and talent has opened the doors that many, especially people of color, are not invited to walk through.  Their shows have won a total of 12 Telly Awards and garnered nominations for a James Beard and NAACP Image awards.

Current show developments include another series with Dr. Steve Perry after the success of the hit show “Save My Son,” which aired on TV One in 2012. Brown and Armstead will once again work with Perry to save both young men and women.

They couldn’t say too much but look forward to something exciting from PowerHouse and gospel star BeBe Winans and singer Patti LaBelle.

Give Back to the Future

Just as Stofsky played a role in their development Brown and Armstead also believe in doing the same thing. The two executive producers are never too busy to help the next generation of producers behind them and will continue to nurture “mini Rochelles and Sonias looking to break into a tough industry.

Although the road hasn’t been easy, their hard work and perseverance have paid off.  The sky is the limit for PowerHouse Production team as they continue to produce quality programs that represent the fabric of America.

For more information about PowerHouse Productions and current and past shows as well as shows in development, visit their website at www.powerhouseproductions.TV.