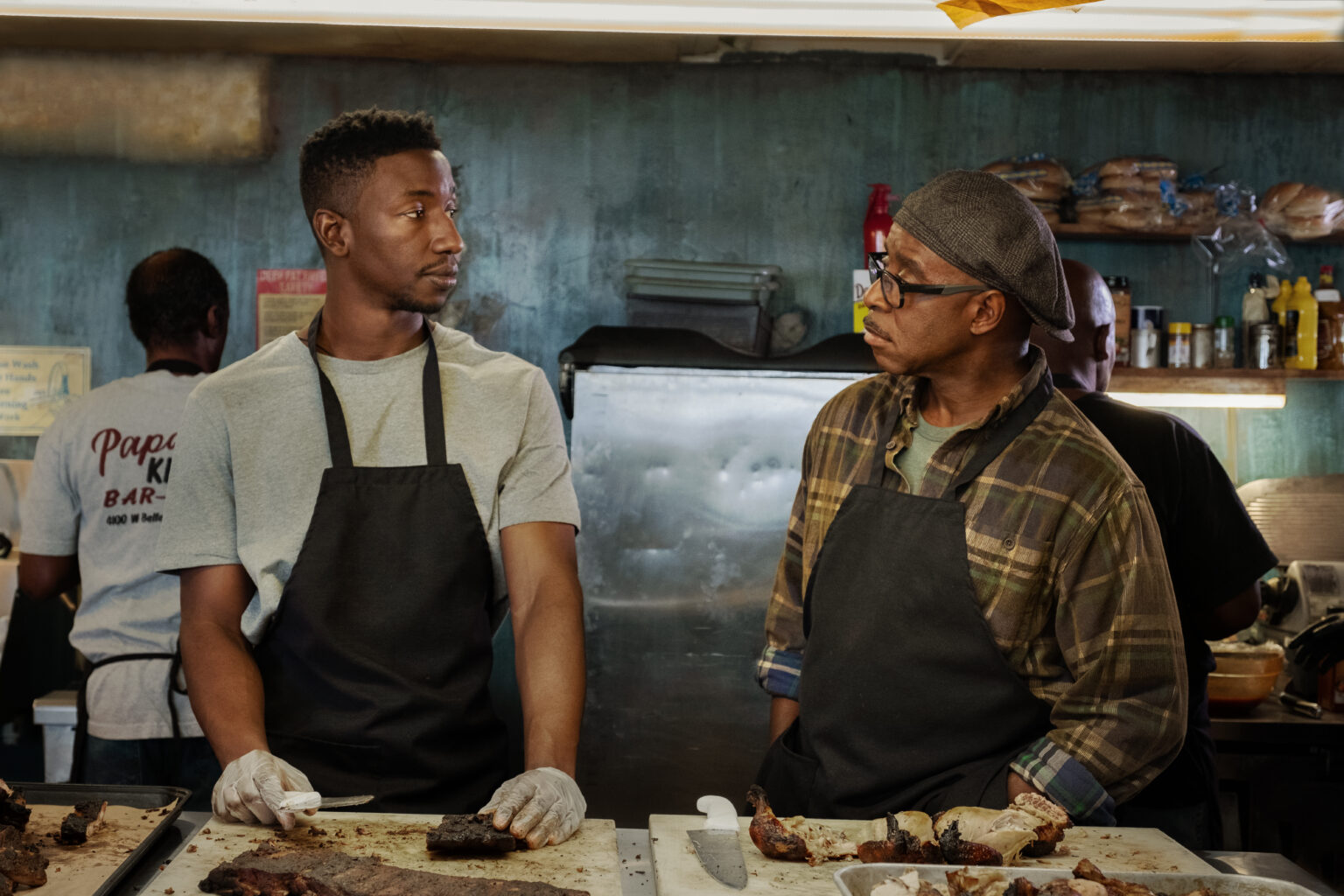 In 2014, Prentice Penny headed over to Paris for his cousin’s destination wedding.  Not much of a wine drinker, he, however, was familiar with France's reputation for making world-renowned wines and said if he was ever going to get into wine, this trip would be the perfect time.

Doing just that, he says, “I took a Wine 101 class at this wine bar in Paris and the guy made it super easy to understand. He broke down the regions, what all the labels meant and what I should be looking for, what Grand Cru meant vs. this and I just got into wine that trip.”  Not only did he begin to think about wine differently, but the trip also inspired something else he wanted to do — write a movie.

Born and raised in Los Angeles, California, Penny knew early on that he wanted to be a writer in Hollywood. Following the work of Spike Lee helped Penny navigate his way to film school at the University of Southern California. Upon graduating, he worked different odds jobs for nine years before signing on as a writer for the hit show “Girlfriends” in 2005.

Since then, Penny’s list of writing as well as producing credits has grown to include “Scrubs,” “Happy Endings,” “Brooklyn Nine-Nine,” and “Insecure,” with Issa Rae. His desire to write a movie was a natural pivot given his success as a writer for television.

When his grandfather had a heart attack, Penny says his father dropped out of college to continue running the family furniture business that started in the 1950s.  Naturally being next in line to take it over, Penny saw himself going down a different path. Although a career outside the family business may not have been what his father wanted, ultimately Penny says, “I think he always wanted me to be my own man.”

With a father and son story in mind, Penny wanted the story to evolve around a decision that the son would make that audiences could relate too, as well as enjoy. “I wanted to write about a similar dynamic I grew up in, I knew I wanted it to be a family-run business. I knew I wanted something the son did to be creative, something that you don’t typically see a lot of people of color in even though we are in those worlds,” Penny says. “For the wine, really the trip is what got into what the son should do. I wanted to be a writer, but that is not visually interesting. Nobody wants to just watch that,” he says, referencing his trip to Paris. “On that trip, I was like the son should want to do wine.”

When it came time for casting, right away Penny knew he wanted actress Niecy Nash to play the role of Sylvia, the mother.  He wrote the script with her in mind. “I had written the part for Niecy from the beginning. When I told her I had written this part for her, she was like, ‘Let me read it,’ and she read it was and was like, ‘Yeah I will do it.’” That was 2015 and Penny was still working on bringing it all together, including securing the funding. Three years later, he gave Nash the green light to start filming, sharing that she was always down from day one.

For the father, Penny knew he wanted someone who embodied the essence of the character he would name Louis. Brainstorming with his team, when Courtney B. Vance's name came up,  Penny it was a no- brainer. “I knew I needed a dad who would always have a presence.  He had to be everybody's dad to a point.  He had to be a very specific dad. He had to kind of inspire a healthy amount of fear and respect from his son, so much so that the son just can't talk to him,” Penny says. “And I was like that is what is so great about Courtney. I knew he could be funny and I knew he could be heavy when he needed to be.”

Recommended by a friend, Penny’s lead character Elijah is played by actor Mamoudou Athie, best known for his roles in the TV series, “The Get Down” and movies “The Circle,” “The Front Runner” and “The Unicorn Store.”  Following in other directors’ footsteps, he says, “I knew I wanted someone new. I really love when directors find talent and put them into a lead the way I think about Scorsese and DeNiro or the way Spike has done with so many of his actors.”

Sommelier and hospitality veteran DLynn Proctor of Fantesca Estate in Napa, California who makes a cameo appearance in the movie, was brought in to advise and help Athie bring the role of Elijah alive in a realistic way. As one of the stars of the documentary “Somm,” he knows the exam that Athie’s character will be studying for is no small feat.

With an amazing cast and a story about love and family, Penny’s debut as writer-director for the movie he would eventually call “Uncorked,” is set to begin streaming on Netflix starting Friday, March 27.

“Uncorked” follows Athie’s character Elijah in Memphis, Tennessee, working at the family’s barbecue business while simultaneously working at a wine shop.  Viewers will watch as the story unfolds and Elijah pursues his dream to become a master sommelier, while his dad wants him to take over the business he inherited from his father.

Elijah is trying to get his family to understand his dreams with comical moments around the dinner table that take him to Paris in preparation for an exam that many compare to those taken to get into law or medical school. As he juggles the pressures of family, school and a new relationship, a tragedy forces both father and son to slow down and finally learn to listen to one another.

With movies we love such as “Sideways” and “Bottle Shock,” Blacks in the industry, as well as wine lovers, are excited to see a movie that shows how diverse the industry is becoming.  Aware of the lack of diversity and representation in the wine industry, Penny's message for the film is not about race or addressing that subject but instead depicting a family that goes through joys and pains just like others and wine happens to be involved. In his interview with the San Francisco Chronicle, Proctor sums it up best when he says, “Culturally, [wine is] not something I grew up with, and I’m certain most Blacks and minorities in the U.S. didn’t either. So I want viewers to take away from the film that wine should be as normal in their lives as breathing is.”

“Uncorked” is truly a movie for wine lovers, so be sure to gather your wine friends, a couple of bottles of wine and make it a movie night.