Quentin Love: Transitioning Communities One Meat at a Time with TurkeyChop 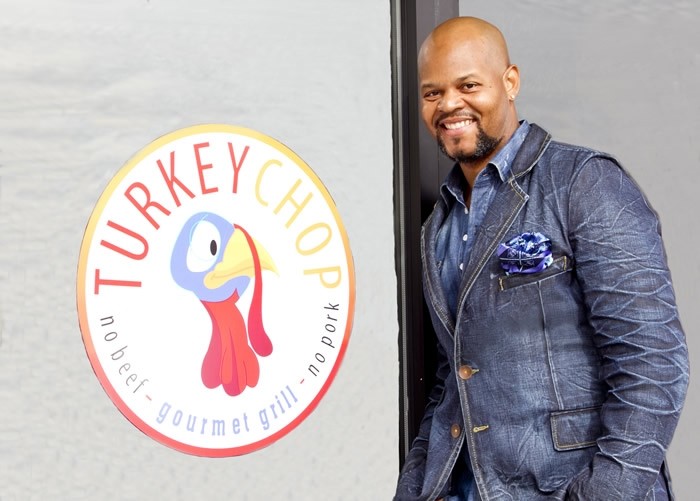 Thousands of restaurants open each year looking to be the next best thing with creative dining concepts that focus on the needs or desires of a community.  Over the last three years, Cuisine Noir has dined, showcased and written about many of them with one in particular recently catching our eye and taste buds.

TurkeyChop, located outside of Atlanta in Jonesboro, is on a mission to show that food from a quick-service restaurant can be healthy, full of flavor and most importantly delicious.  Owner Quentin Love wants to make a difference in communities, especially African-American communities, that lack healthy choices with his unique concept that offers turkey prepared in a variety of ways as well as chicken, catfish, shrimp, salmon, and tilapia.  No beef and no pork.

Testing a Concept That Works

“We started off with a turkey burger, turkey polish, a couple of chicken sandwiches, a fish sandwich and a salad. So there were like seven or eight items on the menu and we tried it out and realized we had a niche,” says Love.  Prior to opening TurkeyChop in Jonesboro, Love was testing other dining concepts in Chicago before deciding to combine the bestselling items onto one menu and looking at the popular selections that were made from pork and beef.  From there he would look at offering the same items only in a healthy way and that is when the TurkeyChop concept began to take off.

RELATED: Makini Howell Makes Being a Lifelong Vegan the Norm

“I began to take a look at the common things that people eat.  They eat steak. When most people eat pork, they eat pork chops. I said if I can replace those on my menu with all of the main things we eat every day as a healthier alternative than I believe I have a hit,” says Love.

Love, who was born and raised in the inner streets of Chicago, witnessed firsthand the absence of dining establishments that offered healthier choices.  Once a vegan, he shares, “I ate poorly.  I ate like a typical person would eat.  Fried this and fried that.  I was a big sweets eater and I pretty much ate whatever I wanted to eat without thinking of the consequences.”  When his father was ill with cancer, Love started researching information on diet and soon started looking at the community in which he lived and the lack of healthy food choices available. He started putting two and two together that there had to be a connection to health issues and decided to make a difference.

Love calls the menu “fast-casual comfort food” that for now focuses on offering healthy choices of meat. The goal of Love with TurkeyChop is to transition those with a poor diet into something better with the choice of leaner meats that contain less salt, fat and are easier to digest.  Love shares that if someone is leaning towards becoming a vegan or vegetarian, this is a first step.

In January, Love will return to his roots to open his next TurkeyChop location which will be located at 3506 W. Chicago Avenue in Chicago.  As future plans include expanding to more cities, the rest of us can only hope that our city is on the list.  Until then, you can follow Love and the restaurant on Twitter and Instagram to see what cities they are coming to next.