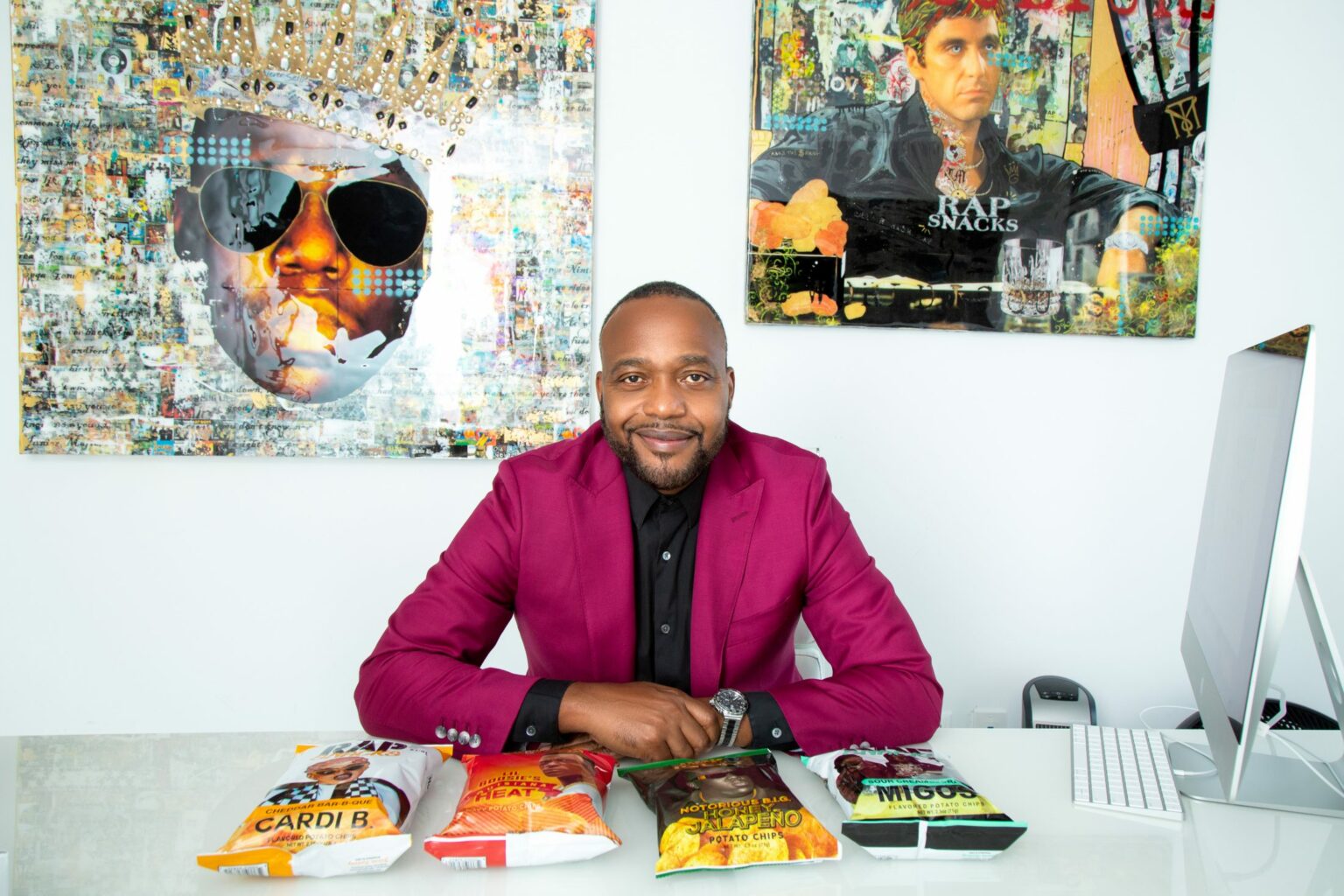 James Lindsay knew he was onto something special when he created Rap Snacks in the 90s. More than 25 years later, the company continues to thrive and serves as a blueprint for keeping a brand relevant in the fickle age of social media.

In 1994, Lindsay, a Philadelphia native, had an idea brewing to create a snack product. He also knew the impact hip hop was having on the world, and in the middle of the night, he was struck with an idea—combine the two to create a snack food that drew on the spirit of hip hop. Rap Snacks was born. He found a mentor in the snack food space, and the business chugged along as a successful snack food company. That’s not to say it was without struggles.

Culture in a Snack

“When I first started Rap Snacks, we were doing the 25 cent bags of chips, really small bags of chips that none of these manufacturers wanted to manufacture because they really didn't make any money off of it. We had limited capacity for manufacturing, so I would just keep [the product] in certain marketplaces until I was able to find more manufacturing,” says Lindsay.

He was also doing branding consulting work in the music industry and worked closely with rapper Meek Mill for nine years. With this involvement, Lindsay was able to stay current on who was the next big hip-hop artist and discovered a great opportunity to bring the snacks into a new era.

“It was five years ago and the first group was The Migos. They came out with a song called ‘Bad and Bougie’ which really kind of blew up. I knew through my work with Meek [Mill] and listening to these guys that they were very talented, and I knew eventually they were just going to blow up,” explains Lindsay.

Migos created a jingle “Dab of Ranch” for the snack brand, which went viral and since then, Lindsay and the Rap Snacks team have been buzzing along with their successful rebrand.

As a growing team, Rap Snacks currently has 12 full-time employees with more than 40 independent distributors around the country that Lindsay considers “the arms and legs of the company.”

It’s All About the Flavor

When developing flavors for the chips, Lindsay ensures they represent the artist. Rapper and businessman Rick Ross, for example, owns several Wing Stop franchises and has made countless lemon pepper references in his rhymes over the years.

“I didn't think lemon pepper on a potato chip by itself would be something that people would really gravitate towards. So I came up with a different type of flavor profile, a sweet chili lemon pepper. It was a little different, but something that I thought would be a little broader. And then I sent him the samples because I try to find out what [the artists] like. I develop the flavor profiles and then connect their branding,” Lindsay says.

Rap Snacks continues to develop new flavors and Lindsay’s innovation reflects the industry that inspires his snacks. “I just wing it sometimes. I just freestyle because I go by feel, and I go by understanding what's been successful in the marketplace,” Lindsay says.

“When I first started Rap Snacks, I knew that barbecue was one of the best sellers in the inner city. But I didn't put out barbecue; I put out a honey barbecue. Because the honey gave me a point of difference that nobody else had.”

Lindsay keeps the business exciting by venturing out into new products like a line of drinks, Oowee Lemonade, released in collaboration with Lil Baby. Think punch lemonade, blueberry lemonade, and mango pineapple lemonade, with a portion of the proceeds going towards the Atlanta Children’s Shelter.

Lindsay also oversaw the brand’s release of popcorn, ramen noodles, pork rinds and more, with plans to expand even further into the snack and convenient food business, as well as a re-release of popular bags.

He’s also exploring a new lane of products with his wine brand Wifey that he works on with a business partner. They currently have a sparkling rosé and a sweet cuvée.

As someone who knows the power of mentorship, Lindsay launched the Rap Snacks internship program to bring in full-time talent. “Here at Rap Snacks, we have an internship program where we take students and provide internships to them. Our goal is really to turn them into full-time employees. So, they get to see what I do, they get to see everybody, what they do in the office and we walk them through what the lifestyle of Rap Snacks is,” says Lindsay.

He’s also created the Innovation Cafe, which teaches college students how to run a successful business to become entrepreneurs or take their skills to the corporate world, and Stock Boss Up, a stock market education site.

For those brave enough to consider entrepreneurship in the snack food business, Lindsay has some sound advice. “You have to be diligent and persistent. You have to love what you do and outwork [everyone else] to be able to break into the marketplace. If you think about it, that's what we're doing here at Rap Snacks; we're opening the door for people to come behind us, not for our brand, but for other brands going forward so we can even the playing field out there on the supermarket shelves.”