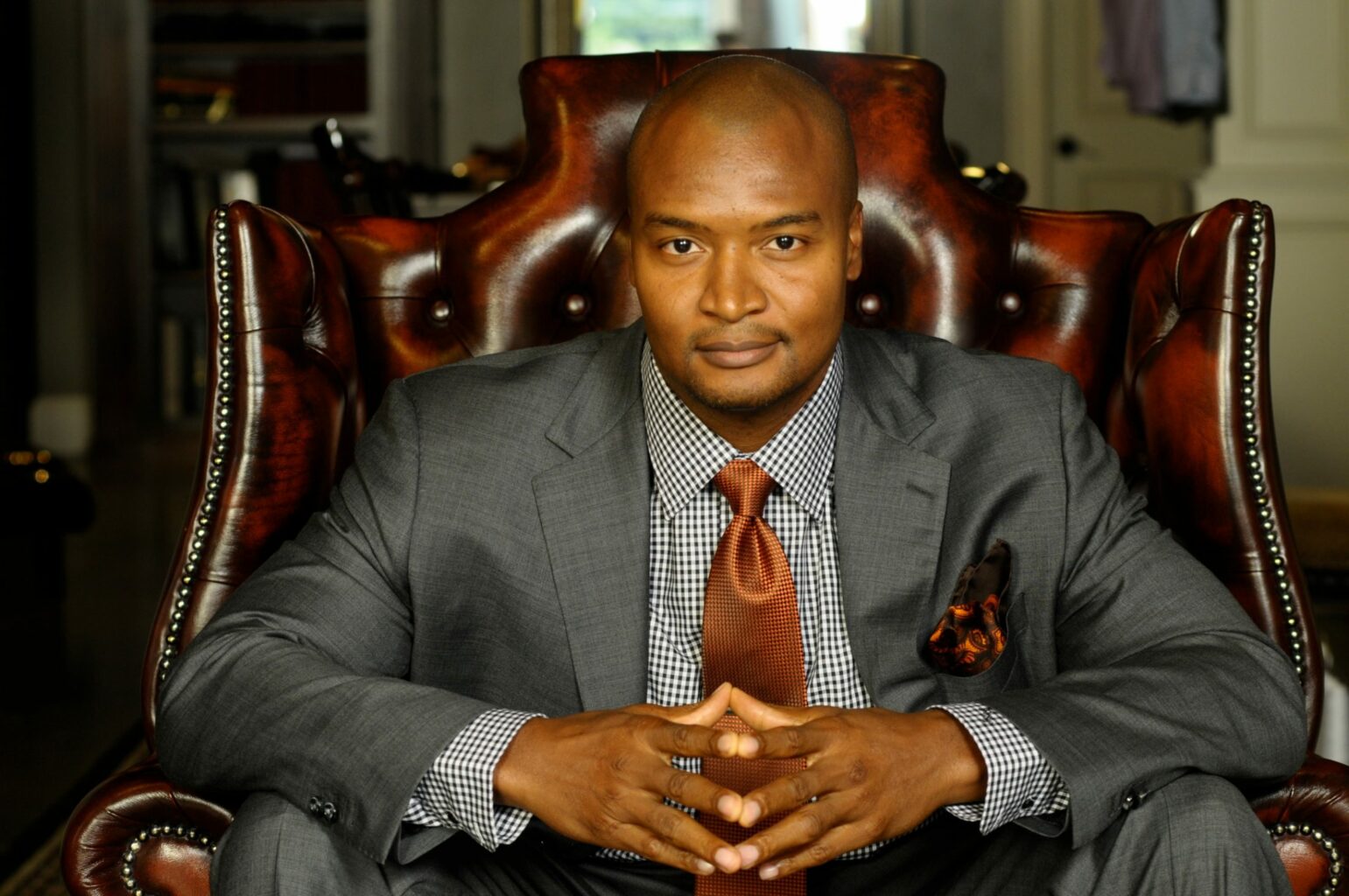 Rare is the occasion that professional football and specialty foods can be uttered in the same sentence. But former NFL tight end Reggie Kelly helps accomplish that as the founder of Atlanta, Georgia-based Kyvan Foods, where products include salsa, sauces, seasonings and other related offerings. Founded in 2011 in response to his teammates’ requests for family recipes on a larger scale, the retired sportsman is now hoping to take the brand nationally.

“I enjoy people tasting our family recipes and telling us this takes me back to being a kid. It puts a smile on my face,” he shares. Kelly’s earliest food influences are fond memories, hailing from a close-knit family, where every event was an excuse to get together to cook and eat. “My family always told me, when you cook, make sure you do it with love, make sure you do it in a way that first-time visitors feel a part of our family.”

And it’s that tenet Kelly considers fundamental to all products available at Kyvan. “What we want to do in 2021 is to continue to increase our brand awareness digitally and beef up our online platform because of what has happened with the coronavirus in 2020…to make our products more accessible to online shoppers,” he shares. “We would also like to increase our foodservice platform … because of the pandemic, the foodservice sector has been hit fairly hard, but we know there is still some opportunity, so we want to make sure we leverage those opportunities to continue to grow to be a national brand.”

Kyvan makes all of its products in the United States and sources all ingredients nationally. Kelly, his wife Sheila, and a team of supporting staff and partners run the company. Kelly remembers the first customer was a small independent retailer in Columbus, Mississippi. But within three months, an opportunity to present products to the world’s largest retailer came along. “It was a big jump,” he readily admits. “They knew I didn’t know much about the industry, but they could see my fire, my attention to detail, which I credit to my background in football…we have been doing business with Walmart ever since.”

A combination of the names of Kelly’s two children, his daughter Kyla and son Kavan, the company is a legacy Kelly and his wife want to leave for their children. “We always wanted to leave a legacy behind to our kids. Every good parent wants to do that. Why can’t we leave a legacy behind in the food industry and why not name this food company Kyvan,” says Kelly.

From Field to Fork

It was at a community event where the first seeds were sown for Kyvan. When still in the NFL, Kelly hosted free football camps for the kids in his hometown of Aberdeen, Mississippi, as a reward for academic excellence. But after the camps, or as Kelly points out, “for that matter, after any event in Mississippi,” came some good food. His family would cook for all the volunteers, and his teammates couldn’t stop raving about the family recipes. The encouragement from the wife of one of his teammates got Kelly and his wife thinking.

“I didn’t expect to be in the food industry; this was probably the last thing on my mind,” Kelly confides. Post his NFL career, he was gearing up to work in the NFL front office as he felt his biggest asset was managing people and positioning them to win. But life had other plans. “Being the founder of Kyvan Foods, I like to say I ‘segway-ed’ from the gridiron to the cast iron,” he shares jokingly. But he cherishes the opportunity to build this legacy with his wife. The high school sweethearts, both from Aberdeen, married in 1999, the year Kelly was drafted in the NFL.

“When I was playing, I did not have a lot of time to spend with my wife considering I had to do a lot of traveling, practice, studying. She understood the nature of the game and how much time it takes to be a professional, but we always wanted to do something together. I knew at some point football would end and if I had taken a front office job, there is a good chance we wouldn’t be doing this together because my time would be engulfed into building a really good NFL franchise, so I’m extremely grateful for this,” says Kelly.

All the recipes for Kyvan products are a mix of family bestsellers passed down through generations and Kelly family creations concocted in their home kitchen. The honey apple salsa, nicknamed the salsa with soul, sets the foundation for other products. Bestsellers include the honey apple butter (no high fructose corn syrup, no artificial ingredients or preservatives), the sweet potato BBQ sauce and the sweet potato vinaigrette salad dressing. Further diversification plans include coffee syrups, breading for fried chicken and fried seafood, side dishes such as macaroni and cheese, sweet potato soufflé, casseroles, and fresh produce.

As might be expected, the pandemic did affect Kyvan. Accounts with restaurant customers were lost as businesses closed their doors. On the retail side, a huge account with the supermarket chain Publix closed. “As in anything in life, you are going to have to pivot, strategize, rethink. Business is evolving year to year, and depending on the situation, you have to make adjustments for the betterment of the company,” says Kelly. “We had to beef up our online platform and content to where consumers were intrigued by what we had to offer, what different application they can use our products for and that has helped us tremendously.”

Through all of it, wise words once spoken by Kelly’s teammate on the Atlanta Falcons, Terance Mathis, echoed strong. “He said to me, ‘If you do the little things right, the big things will follow.’ It took me a lot of bumps and bruises, but at some point, I started paying attention to the small details,” says Kelly.

“I carry that in every facet of my life, with my marriage, raising my two kids, and so it is in business. I took what he taught me and applied it to the food industry. I knew that if I would study and learn, surround myself with the right people in this food industry, just like I did in the football industry, it will work out for me.”