A Spotlight on San Antonio: A Texas Road Trip 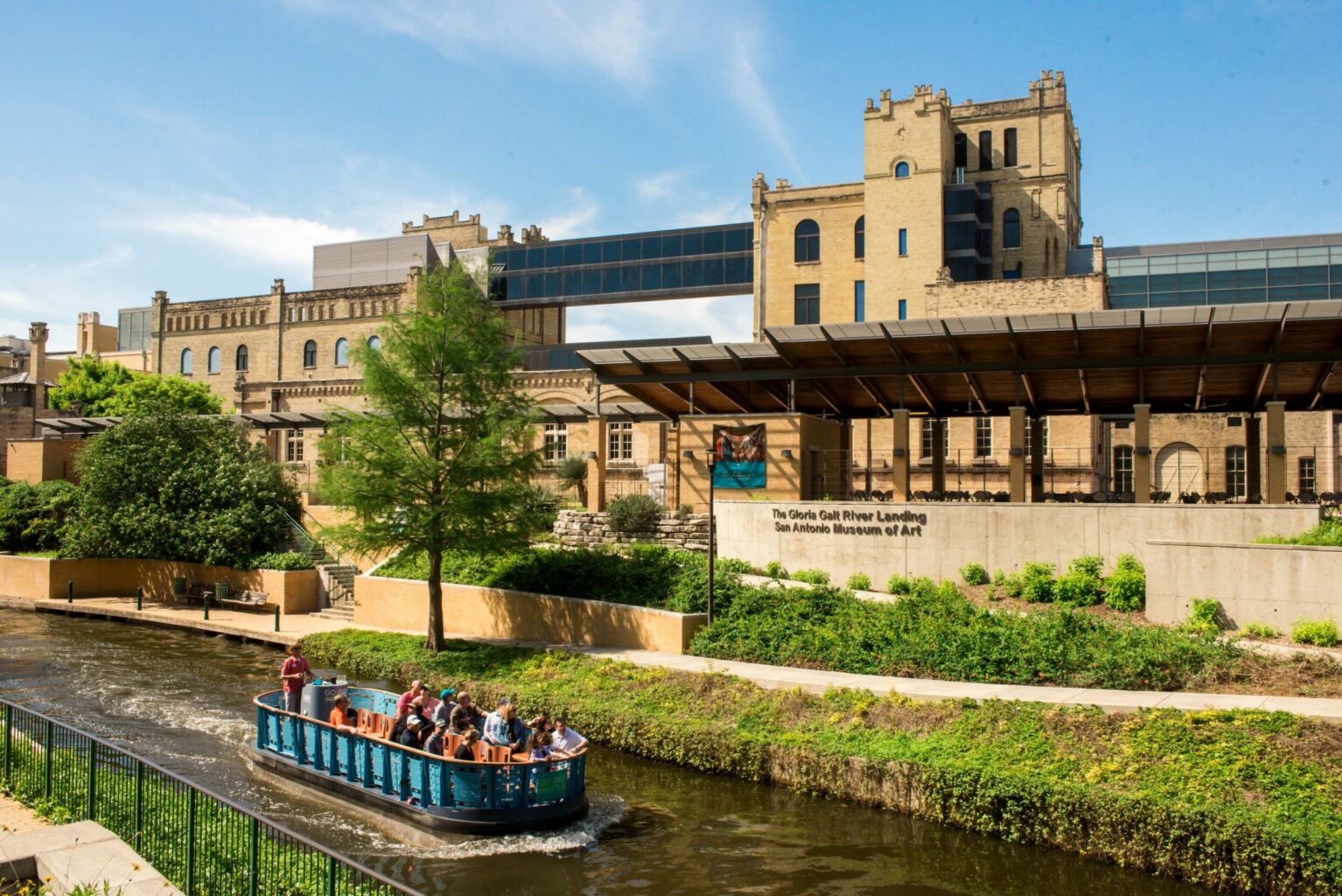 Local sights and attractions, and a quick getaway to Fredericksburg.

Known for the San Antonio River and the Spanish missions that attract many visitors every year, San Antonio, Texas, is the most frequented in the state.  As far as attractions go, the usual suspects tend to be the amusement parks, its Spanish colonial history, and the large presence of several minority communities that lend a unique character.  All is best experienced by simply heading there.

Stay in the downtown area at any of the historic properties close to or along The River Walk (San Antonio is also known as River City), where evenings and weekends are a happy buzz of restaurants offering various cuisines. Needless to say, no matter the festivities in San Antonio, The River Walk is a default destination. Take in a Go Rio river cruise for a narrated tour of some of the prime spots, or opt for a walking tour of the local landmarks.

San Antonio is one of the most populous cities in the country and boasts a sizeable Black community. In fact, the city hosts one of the largest Martin Luther King, Jr. Day marches and Juneteenth celebrations not to be missed. One of the organizations working to capture the complete history of African Americans and their contributions is The San Antonio African American Community Archive and Museum (SAACAM). The nonprofit has archives of curated artifacts and audiovisual exhibits, all aimed at preserving the legacies of the community's first members and helping locals reconnect to their African American heritage.

Five 18th-century Spanish frontier missions call San Antonio home, including The Alamo (which is why it is sometimes called Alamo City), a designated UNESCO World Heritage site that is now a museum.Other well-known attractions include the 750-foot-high Tower of the Americas with an observation deck and revolving restaurant, San Antonio Botanical Gardens and amusement parks such as Six Flags Fiesta Texas and Morgan's Wonderland amusement parks. If you truly want a once in a lifetime experience, then the annual San Antonio Stock Show and Rodeo, one of the largest such events in the U.S., should be on your agenda.

Stop in at Ruby City to view more than 900 paintings, sculptures, installations and video works by global contemporary artists at the art center designed by Ghanaian British architect Sir David Adjaye. Adjaye also designed the Smithsonian National Museum of African American History and Culture in Washington, D.C. and the National Cathedral of Ghana.

The San Antonio Museum of Art (SAMA) is a beloved local spot accessible from both the river walk and the street level. Dr. Yinshi Lerman-Tan, the acting associate curator of American and European art, shares that the Modern and Contemporary art galleries feature works by influential Black artists of the 20th and 21st centuries. “I recently curated and installed a new gallery installation, “This is America,” which borrows its name from hip hop artist Childish Gambino's Grammy award-winning 2018 song. Works on view address the complexity of American experience, geography, identity and history,” says Lerman-Tan. Other Black American artists featured here are Kevin Beasley, Kehinde Wiley, Elizabeth Catlett and Rodney McMillian.

Revel in the Flavors

San Antonio has long been known for its culinary competence and was named UNESCO Creative City of Gastronomy in 2017. Enjoying a variety of dining experiences is easy here. La Panaderia, a Mexican artisanal bakery specializing in handmade bread and pan dulce, is famous for its tortas (sandwiches) along with a myriad of pastries (the conchas and tequila almond croissant are notorious among fans).

Restaurant concepts by chef Nicola Blaque, Jerk Shack and Mi Roti are recommended. Where the Jerk Shack offers elevated Jamaican cuisine such as jerk chicken, oxtail, curry goat and beef patties, the latter is influenced by the West Indies and the Caribbean, providing a “build your own” roti menu. Both are inside the Pearl District Food Hall, aformer brewery now a mix-use development that houses the trendy Hotel Emma, the local campus of famed Culinary Institute of America and several other restaurants.

Kobams Café and Grill offers dishes representing Western African and Caribbean cuisine such as jollof rice, Nigerian suya, Ivorian poisson braise, fufu and soup and more. Head to the African Village Ethiopian restaurant for Ethiopian fare such as doro wot, tibs, kitfo and sambusa. And to Rehoboth Eritrean for your fill of dishes like goat kilkil (goat meat stew) and hamli bsga (beef with vegetables).

That apart, barbecue and Creole cooking are widespread, and you’ll find an eatery fairly quickly you might want to head back to again. Black Restaurant Week San Antonio is when you want to visit if you'd like to make the most of the deals and steals on everything culinary and Black-owned.

Imbibe award-winning wines in just about an hour’s drive to Texas Hill Country. The city of Fredericksburg is known for its German heritage, wineries and wildflowers. Head to Grape Creek Vineyards for a guided wine tasting in a Tuscan setting or stroll over to Heath Sparkling Wines – the first Texas winery entirely dedicated to sparkling wines. Try some of the dessert wines at Pedernales Cellars and enjoy a food-paired wine tasting at Kuhlman Cellars. With more than 50 wines, vineyards and wineries in the area, local wine tours to explore the urban wine trail are recommended to make the most of your visit.

For a taste of Fredericksburg, indulge in prickly pear margaritas at Tex-Mex fave Bejas or bite into Caribbean-style street food and frosés at Tubby’s Icehouse. Charcuterie and wine at La Bergerie next door are a fun evening affair but for a sugar high, visit Clear River Ice Cream and Bakery for ice cream tasting fights, including a ‘surprise me’ option.

Stay at any of the bed and breakfasts here, such as the Hoffman Haus, where breakfast is door-delivered every morning in a basket. Shop on the historic main street where all establishments are locally owned and operated. Fine arts and antique collectors will discover rare finds here a true treasure.

Enchanted Rock State Natural Area is perfect for the outdoorsy traveler wanting trails and camping. And for a slice of local history and heritage, a visit to the National Museum of Pacific War is mandatory. A guided tour of Vereins Kirche Museum and the Pioneer Museum Complex will give you a good understanding of the area’s German influences, folklore and architecture.

Next year is the city’s 175th-anniversary celebration featuring monthly themed festivities starting in May, which is also peak wildflower blooming season, and perfect for that road trip you are already planning.

For more information on travel to San Antonio, visit www.visitsanantonio.com and for Fredericksburg, head to www.visitfredericksburgtx.com.