Food and Family are Recipe to Shonda Scott’s Community Connections 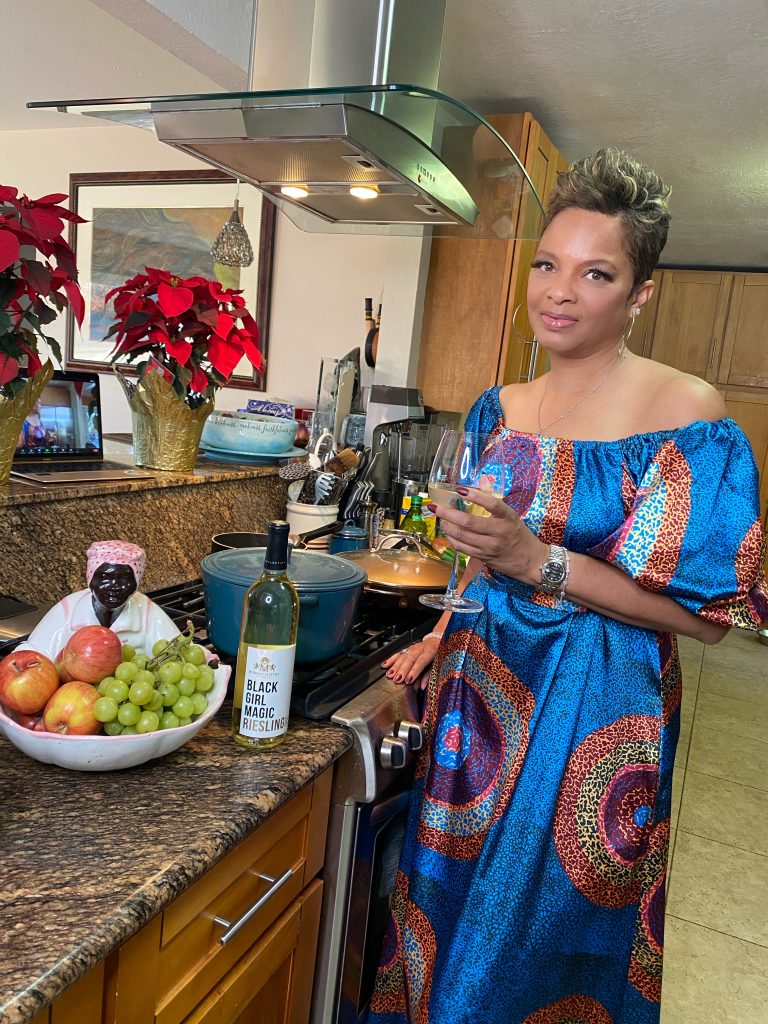 The civic leader serves insights on personal and professional pursuits.

Most people in the San Francisco Bay Area know Shonda Scott as the CEO of 360 Total Concept, her management consulting firm. And those who’ve met her in the last year or two will recall her exemplary two-year tenure as chairman of Oakland African American Chamber of Commerce, which she just completed in January this year and was the first woman to hold that position.

But Scott traces her connection to the area from birth. In fact, her family operated one of the largest Black-owned food service businesses in the United States in the 1980s and ‘90s, including airport concessions and restaurants. And her mother ran a very well-known catering company in the area for over 25 years, working on events ranging from inaugural dinners for elected officials to company picnics. Evidently, Scott and her family now share a common passion for food and the connections it forges.

Keeping the family recipes and culinary traditions alive takes on new meaning when you are blessed with the company of your 103-year-old grandmother. Scott’s mother is from Houston, Texas, which is where her grandmother still lives.

Cooking plays a vital role in ensuring traditional recipes are passed down from generation to generation within the family. Her great-grandmother’s dinner roll recipes have been passed down by her grandmother to her mother and onto one of Scott’s cousins. Her mother has a special fried chicken recipe that is now Scott’s heirloom that she has passed onto her son. Growing up, Scott herself learned many of her grandmother’s southern recipes.

“There’s always been a generation that has had some of the family recipes passed down,” says Scott, whose mother had five siblings and father had six, amounting to a large extended family. Scott also worked at her mother’s catering company as a youngster and remembers the experience left a lasting impact.

“I learned a lot about service and serving, and the humility being in foodservice. Working in a catering company, you experience people differently when you are having to serve and interact. One thing I always tell my mom I learned about catering is that it is a labor of love, so much physical labor…And it’s taken another life now. You have to plan a whole event as a caterer.”

Not too far-fetched a thought for Scott, though as she enjoys hosting themed parties for her family and friends. “Food and experience are big for our family, and it’s a social activity,” says Scott. “For me, it’s always a big production. Everybody laughs that I can’t just cook a small dish, I always cook like it’s a party. When I cook, we are going to have a theme party like a taco night or luau night, because there is always going to be too much food. I invite people over and it’s a whole experience.”

With family playing an important role in her life, it is no surprise that Scott’s latest venture is a podcast she co-hosts with her brother, actor/comedian Kente Scott, called

“What Sibling Rivalry.” The show is all about family, from their upbringing and siblings to the importance of how they’ve evolved as adults and some of the success they’ve experienced in life.

But Scott has another show she has been hosting for far longer, a lifestyle show called “Spotlight with Shonda,” which is about “highlighting unsung heroes and influencers in Oakland.”  Guests have included diplomat Andrew Young and Congresswoman Barbara Lee, with its reach expanding nationally over time.

One would be remiss overlooking the efforts Scott has invested over the years in working for racial equity for businesses, municipalities and corporations, from ensuring money is being reinvested in underserved communities to facilitating diversity and inclusion in board rooms.

For this very reason, she established her business in 2006, offering program management to clients across the country. “I like to get things done. If there is a problem, I want to fix it,” says Scott. “That’s why I started the company. It’s a solution-driven organization. We are not here to complain. We are here to figure out solutions.”

That commitment to the cause was put to the test all the more when she was asked to stay on a second year during the pandemic after completing a year of service as chairman of the chamber. “What the pandemic did is it made us realize that all these relationships that we have been having in silos.  We needed to work more collectively together,” she shares. “That was always my platform for the chamber, with our community, that we are stronger when we work collectively, for the we and not the me. COVID just made it that way for the whole region.”

As a result, the chamber started partnering more with other multicultural chambers to help save the city and all the businesses impacted.

Scott is involved with other organizations, including the nonprofit Big Brother Big Sister in the Bay area. She is an inductee into the Alameda County Women’s Hall of Fame in recognition of her business acumen and civic leadership, an honor she considers special as she was born in the same county. She was also vice president of the Conference of Minority Transportation Officials (COMTO) of Northern California and based on her civic and community leadership, Congresswoman Barbara Lee recognized her as a CBC Young Leader.

These are but a fraction of the accolades she has earned in her journey as the founder of a company with a portfolio of projects totaling over $1.7 billion, providing support services such as creating diversity spending strategies, which has helped generate over $100 million reinvestment back into historically underserved communities.

“If you aren’t intentionally more thoughtful about it, it will never happen. Now projects and agencies, and entities are being more intentional. People are talking about how we can make this equitable for the next generation because we know what we are working on now is for the future.”

To learn more about Scott visit www.shondascott.com and for more information on her company, visit www.360tcpr.com or follow along for updates on Instagram.