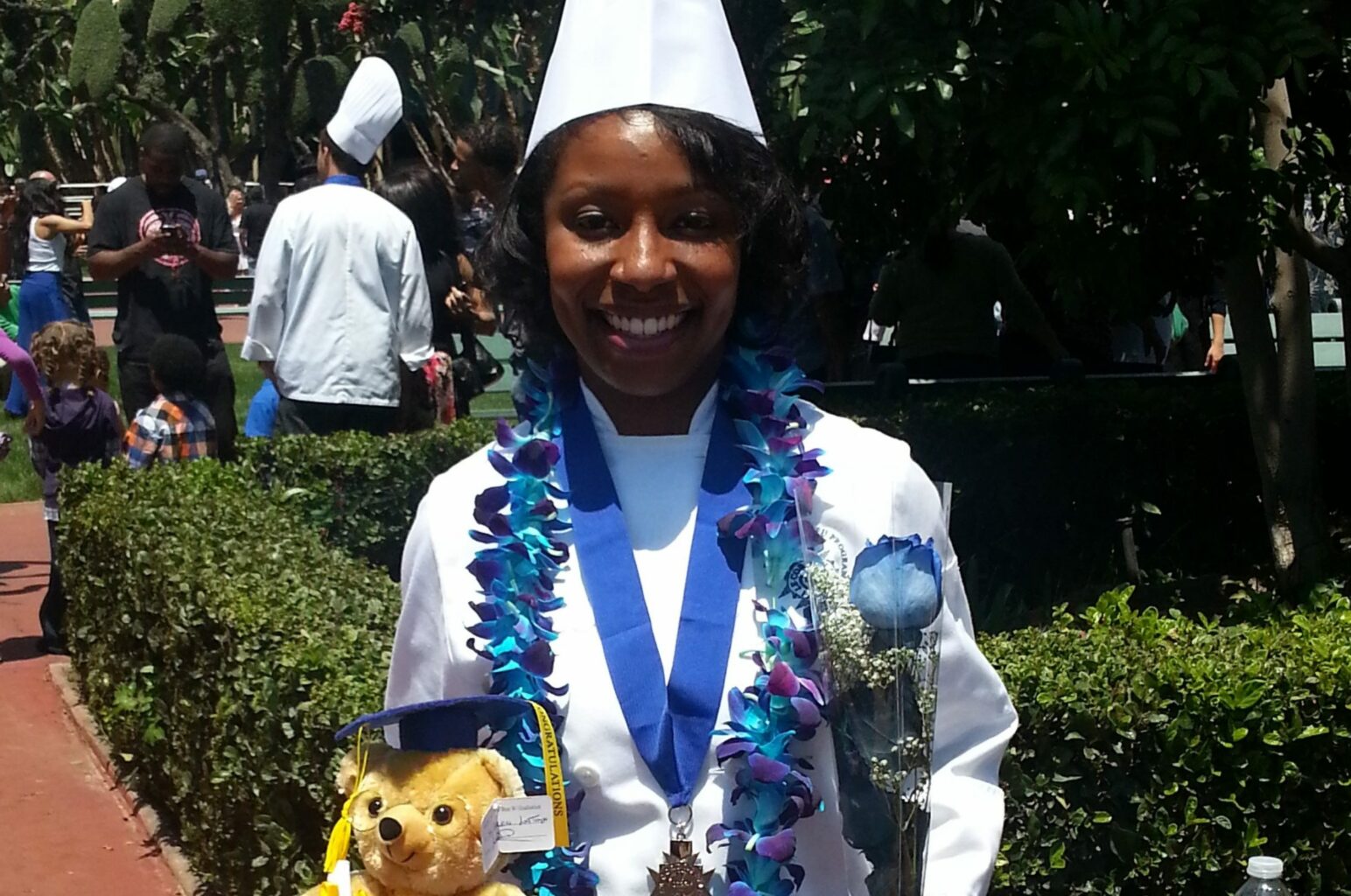 It was just ten years ago in January of 2004 when America was introduced to “The Three Divas,” on the third season of Fox’s “American Idol” who would individually go on to successful careers both in music and theater.  Fantasia Barrino won the season’s title and has since recorded four albums and has appeared on Broadway.  Jennifer Hudson would also add recording artist to her resume as well as an Academy Award winner for her role in “Dreamgirls.”  Oakland, California native LaToya London  dazzled fans in the roles of Nettie and Shug Avery on Broadway and Los Angeles productions of “The Color Purple,” after releasing her 2005 debut album “Love & Life.”  But as of last May (2013), she also added culinary graduate behind her list of titles as she completed her degree from Le Cordon Bleu in Pasadena, California.

“Really I wanted to go to holistic cooking school initially and then I said I can always do that.  I really wanted a degree that is prestigious and well-recognized and so I chose to go to Le Cordon Bleu and learn the science of cooking. It wasn’t for purpose of owning a restaurant or anything like that because I know that takes complete dedication and passion,” says London.

“For me, I want to run a little restaurant in my house and just learn to make the restaurant dishes at home like reduction sauces and plating the food pretty,” admits London who isn’t shy about her love for food. “Eating is a passion of mine. I love to eat.  I love to try new foods and I love to cook from scratch.”

RELATED: A Lifetime of Delicious Food and Memories with Dr. Maya Angelou

RELATED: Off the Court and on the Culinary Scene with Rick Fox

Creating Hits in the Studio and Kitchen

Now living in Atlanta, Georgia, London has taken her culinary skills to the South as she prepares to work on her upcoming CD due out this Spring. She says she still stays in touch with Barrino and Hudson and recalls the competition that would have households singing along her.  “There was some fierce talent on my season. Of course, I had to get the hardest season ever.”  Although eating may be one of her passions, singing is definitely number one and fans should look forward to hearing the true London.  “I have a lot of attitude and sass and I want to bring that forth. I don’t think fans got a chance to really feel that from the first album and really hear my journey and my experiences and I definitely want to talk about that on the album.”   While she didn’t give us the inside scoop on the first single or others for that matter, she summed the entire project up in one word…timeless.  This also describes some of her musical influences such as Chaka Khan and Whitney Houston.

With a new state to call home, London says she will forever be a California girl. While the food scenes in Atlanta and Oakland do vary, there are still those comforts of home that one can get just about anywhere.  “I love lasagna, I love just simple smothered chicken with gravy over rice with some collard greens.  I love comfort foods. Cornbread dressing, mac and cheese.  I will do yams but I will just have a little bit of yams just to give a little sweetness on the side.  I am definitely more of a savory food lover than sweet.”

I wouldn’t be surprised if we see London on an episode of a reality culinary show sometime in the near future.  Her competitive edge?   She’ll not only cook her way into the hearts of judges but also seal it with a song.  And we all know that food and music is a combo that wins each time.

Stay tuned for LaToya London’s new single in March and be sure to follow her on Twitter for album updates.