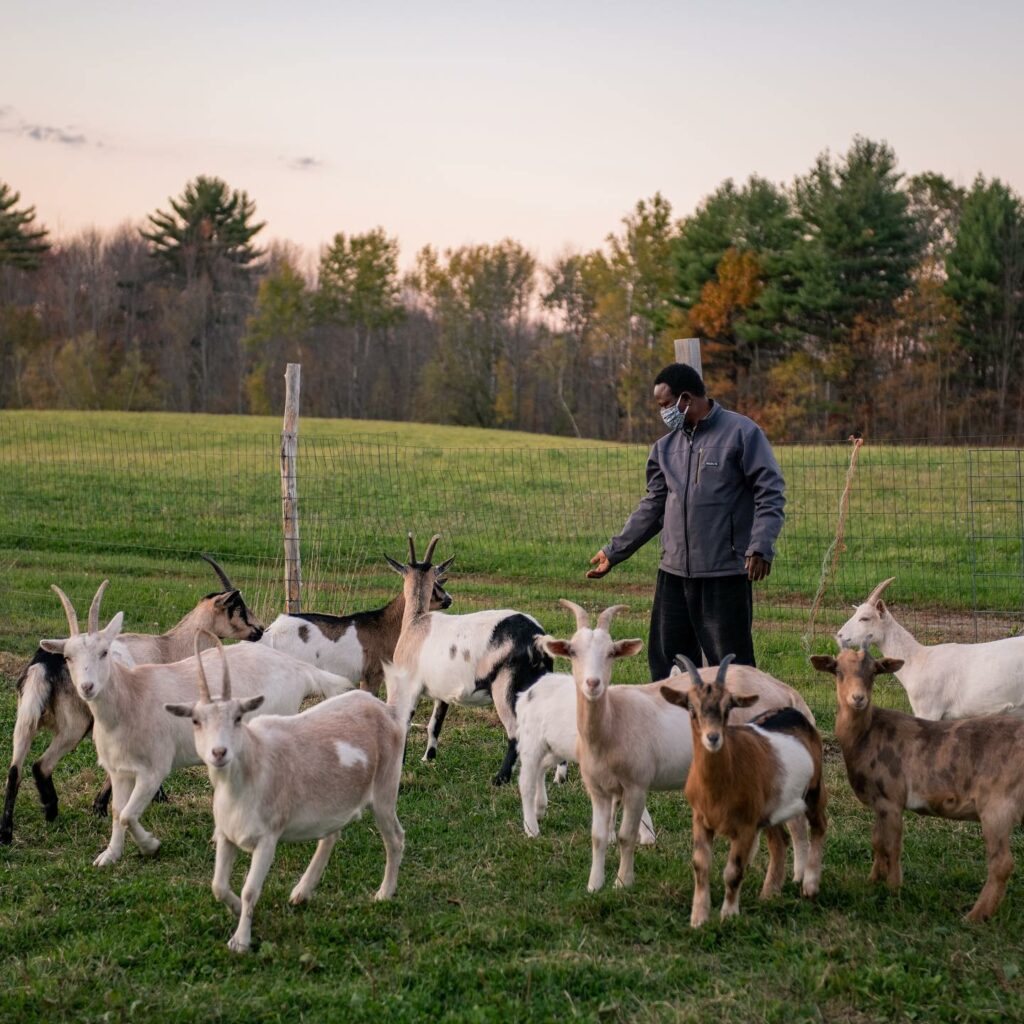 Many children grow up being supported by their communities. But typically, the cycle is that when community members pass the torch, the same children who were taken care of assume community care responsibilities.

For Maine-based community leader Muhidin Libah, this role of taking care of the community came very early in his life. The focus of this story is not about the trauma and displacement Libah endured. On the contrary, it's the powerful story of how Libah took his own values of self-determination and perseverance and bequeathed those values onto his community.

Libah's story begins in Bu'aale, Somalia, where he and his siblings were raised by their parents. “My parents were farmers, and they farmed every day. That was their full-time job. So, the first job I ever had was chasing the animals away from the farm,” shares Libah.

While Libah's initial responsibilities as a child dealt with typical household chores and helping on the farm, very quickly, the future community organizer's role became immense and even dangerous, having to support his family and community while fleeing from Bu'aale for refuge in Kenya.

“As the fighting continued, people began to fight over our villages and towns. We had to escape the crossfire. If you were caught, they would kill you because they would think you were on the other side. It was systemic genocide. That is why we needed to leave our home,” shares Libah.

While many non-profit leaders get experience from tailored master's programs or training, Libah's learnings began as a pre-teen. He had to learn to think on his feet and solve problems while fleeing violence. “It was tough. Everyone in the family had to take a role when we were running away. Someone had to gather food, someone had to carry water, someone had to assist the young children who couldn't walk,” he says.

Adjusting to the Culture Shock of the United States

Libah, along with other Somali Bantu migrants, arrived in the United States in the early 2000s. “My people were dropped in big cities such as Atlanta and Chicago. Then, the people started to question how they could get to more rural places,” shares Libah. New York became his new home.

From living in rural farming towns to adjusting to the culture shock of living in large cities, the new change for many in the Somali Bantu community became overwhelming.  He shares, “Nobody had the tolerance for us. I remember having to take the bus for work, and I had never taken or seen a bus before. I ended up being late for work, and I was fired.”

Despite many barriers, Libah was determined to enroll in classes at a local school in upstate New York. Then, after being called to Maine because of his potential to lead the creation of a community organization, Libah finished his degree at the University of Southern Maine.

“Some of our people had settled in Maine, so they spread the word for others in our community to come.” reflects the community leader.

Many people in the Somali Bantu community began to move towards Maine as home. Many voiced wanting a community organization to provide services and resources.

At the time, Libah was one of the few people in the community who spoke English and still lived in Upstate New York. So, he agreed to serve as a consultant to train community members in setting up a non-profit organization.

While Libah assumed that his new roots in the United States would be firmly planted in New York, after visiting Maine a couple of times, he knew that he needed to stay to carry out the vision of the organization he was building. “I really started to like Maine, it was calmer, less traffic, and then I decided to move my family there,” says the future executive director.

While the environment of Maine proved to be much more pleasant compared to other parts of the United States to the Somali Bantu community, at times, many of the people living there were not. Like many refugees who come to the United States, they are met with intense racism and discrimination.

Libah shares, “The Mainers thought that we were only coming to use food stamps. They already had the answer to the question in their minds of why we were there. However, nobody wanted to listen to the real reasons why we were there—safety, security, and a rural place to farm.”

Other instances of racism and discrimination arose when Libah tried to buy equipment to begin farming. “All I have known for my 42 years of life is farming, and I remember trying to buy a tractor from John-Deere, and the salesperson at the counter refused to take my order. I remember telling him, ‘I'm a farmer and I plan to farm in Maine,’ and I was met with so much ignorance.”

“There were so many community members interested in farming to create economic freedom for themselves,” Libah says. So, in 2014, the Somali Bantu Community Association co-founded by Libah started Liberation Farms. With the Somali Bantu community backing them, they provide culturally appropriate resources for Somali Bantu farmers to grow and sell their own food. “Everyone on our board is from the community. We selected people that are Somali Bantu and interested. You don't need to speak English. You just need to be invested,” shares Libah.

While the Liberation Farm increases the livelihoods of Somali Bantu farmers, the community association also works to ensure that the youth have an education—specifically around their history and culture. The Kashekee Youth Program acts as a cultural telling space where children can learn about Somali Bantu history, cultural traditions, dances and arts through storytelling.

“The kids born here are so disconnected from the kids in Africa and how we grew up. We have cultural teachers who initiate conversations around how their Somali Bantu parents and ancestors lived,” says Libah. The future of this program is to teach youth how to farm to serve as the next generations of farmers.

Libah has chosen a path of selflessness. This is clear through the programs and services that the Somali Bantu Community Association offers. However, for many community organizers, it's imperative to make time for self-care to preserve their longevity of supporting the community.

Libah shares, “If you ask my wife, she will tell you that I give my life away to people. It's hard for me to find balance. However, I plan on stepping on the brakes so that I can have time for myself. It's not easy, but I am going to make it a priority.”