Sipping Through Australia with DLynn Proctor 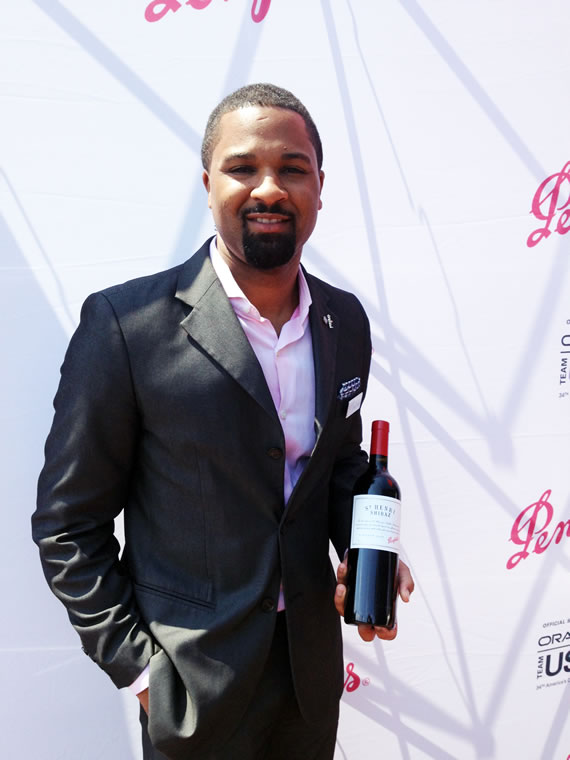 DLynn Proctor is a man on a very unique mission. That mission is to educate the world about some of the greatest wines available.

A native of Dallas, he is now an international fixture in the wine industry. In 2008, Wine & Spirits Magazine named Proctor the “Best New Sommelier in America.” This proclamation was followed by articles and features in national media outlets such as Wine Spectator, Everyday with Rachael Ray, Decanter and The New York Times.

His professional credentials are quite impressive. Proctor is a member of numerous organizations, including the Guild of Sommeliers, the Chaine des Rotisseurs, and the American Sommelier Association. Recently, in March 2013 Proctor was named Winemaking Ambassador at Penfolds Wine of Australia.

Proctor is currently starring in the widely acclaimed wine documentary, “SOMM.” In the film, director Jason Wise follows four sommeliers as they prepare to pass the final stages of the difficult and prestigious master sommelier exam. Forbes Magazine refers to this three-year exam as the “world’s toughest test.” In fact, even allowing for multiple attempts, only 200 people have actually ever passed it.

We had a chance to speak with Proctor during his whirlwind schedule and to find out more about what he is doing, what wines excite him and about his partnership with Penfolds.

What title do you prefer we use? Master Sommelier or Mr. Ambassador?

I would have to say I like the title Mr. Ambassador, since I am not a master somm yet, only an MS candidate.

When did you discover your love of fine wine?

I was in a fortunate position early on, being around many great collectors and enthusiasts. My tastes where almost fashioned to fine wine. So of course, I took a very keen interest in the best.

How do you define “fine wine” versus “regular wine?”

That’s a tough question. Because does fine wine mean expensive or an affordable bottling from a storied domaine or chateau? Or does regular wine mean something that is $12.99 and cheerful? All wine, if made in a standard way, is regular. Don’t get me wrong, there are fine wines that exist based on the cost of the vineyards, vines, oak and individual handling they receive, but we can also “create” a fine wine with scarcity and demand.

You are the Wine Ambassador for Penfolds. They are a very old company based in Australia. You are from Texas. How did you two get together?

I put on a lot of back vintage Penfolds’ “Grange” dinners in Texas and was always keen on the winery. I appreciated the history, heritage and mastery. Former Americas’ ambassador and director of education and sales, Matthew J. Lane and I talked for about a year before anything ever happened. Then I said yes to a position under him and he’s groomed me ever since.

What is your role as Penfolds’ wine ambassador?

I simply inspire. I inspire individuals, whether collector, buyer, sommelier, retailer, or novice to get excited about the wines. Through the telling of the history, taking them on a scenic journey through education and of course tasting the wines from soup to nuts. It’s really exciting to taste wines that have been in production since the 50s and also ones that have wines blended in them from 1915.

Does this include you tasting a lot of Penfolds?

Absolutely. I have had just about every vintage of Grange, save the extremely rare ones. Most vintages of 707 and 389. All vintages of RWT and I am working on all vintages of Magill, St Henri, and Yattarna.

Do you think you might consult on some future Penfolds vintages?

I’ve spent a bit of the time in the cellar with the team and I definitely look forward to 2014 and beyond. You have to do it to know it.

Since you travel a lot, what have been some of your most memorable Penfolds events?

Every single one – whether the Rewards of Patience in New York, various Recorking Clinics around the U.S. and Canada or the personal intimate dinners with enthusiasts and collectors.

Focusing on North American wine, which region do you currently find most exciting in California (or for that matter, in the U.S.)?

I’m excited about wines from the Santa Barbara area. It’s quite the trend and for good reason, to drink these balanced and elegant wines from Santa Maria, Ynez, and Happy Canyon. Washington is also doing fabulous wines in Walla Walla and Yakima Valley.

Some of the Australian and Californian wines have alcohol contents of 14-16 percent, whereas many French wines are around 12-13.5 percent. Do you think this makes French wines seem more subtle?

Well, a couple of things and I’ll save global warming for another 10-hour discussion. Many French and Italian wines are creeping up in alcohol and have been for years. There are regions, that by law, have higher minimum alcohol levels. It’s very easy to pick on the New World and talk ‘ripeness,’ but it is all about the producer finding balance. A word I eluded to earlier. Penfolds happens to be very elegantly balanced.

OK, from military to wine guru to movie star. How did feel about being in the “SOMM” movie? It was a pretty grueling process it appears. Did you enjoy it?

It is an incredibly grueling process and I immensely enjoyed the making of it. Just going through it with true friends and experiencing all of the joys and pitfalls that come with it will hopefully inspire many. Many have emailed me, messaged me or found some way to contact me to say thank you or tell me what an inspiration I had been.

Are you finding that people recognize you on the street?

Yes! Pretty crazy. Not sure if I’ll ever say, “I’m used to it.” But I always engage whomever it is that says hello.

Is there a “wine groupie” effect from having been in the film? Any autograph seekers?

Oh yes. We make fun of wine groupies—in a friendly way of course. It’s pretty funny actually. I think in a way, we have all been wine groupies because when you are younger and less-seasoned and around an esteemed group, you find a way to be around them to learn as much as you can.

So, are there any tips you have for our readers when they are buying or tasting wine?

My first tip for buying wines is to have a budget. When you have a budget, you can then seek certain regions or styles that have pique your interest or that you have tasted before.

Secondly, find a wine gal/guy that you trust, who can help you build. They make the job easy by doing it for you. And you get to taste more along the way.

Lastly, when you do find what you like, buy smart.  Buy a couple cases of each, so that you can have one bottle a month, to see how it develops over the year. That other case can age as long as you want it to. Trust me, we drink a lot more wine than we think. So buying a couple cases of multiple wines will not last as long as you think throughout the year. That’s why it is good to have the backup.

See where Proctor will be next by following him on Twitter.

This article was written by A.K. Crump.