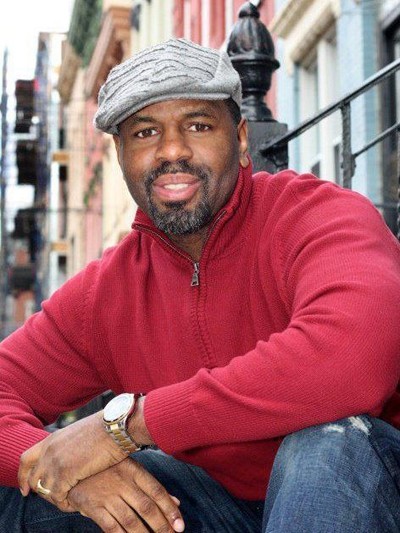 For his latest film, “Soul Food Junkies,” socially conscious writer, avid lecturer and award-winning documentary filmmaker Byron Hurt turns the lens on his family. Hurt uses the tragedy of his father's illness and eventual death to examine the health-related impacts of a steady diet of soul food. The movie is slated to air this month on January 14 on the Emmy Award-winning series Independent Lens on PBS.

Born and raised in Central Islip, New York, Hurt obtained a degree in journalism from Northeastern University in Boston. He's received plaudits for his documentaries, “I Am a Man: Black Masculinity in America” and “Hip Hop: Beyond Beats and Rhymes.” Cuisine Noir talked to Hurt about the inspiration for his latest film, its curious name, what he eats and whether Black folks can kick the soul food habit.

What was the impetus for the film?

My father became ill in 2004 and died in 2007. His illness forced me to consider the kind of food that he ate, that I ate, that my family ate. I believe my father's diet had an impact on his health. At various points in his life, he was overweight and had questionable eating habits. I challenged him about the way he ate and the way he took care of himself.

Did you change your eating habits as a result of your father's illness?

Blacks have a real connection to soul food. Is this evident in the film?

I may have underestimated that connection. Food is personal and people don't like to be preached to and told what to eat and what not to eat. We're very territorial about soul food. People were concerned that I was going to denigrate our cultural history and our culinary tradition. That wasn't my purpose.

Do you get a sense that there's cognitive dissonance about the relationship between soul food and illnesses?

They know certain foods can negatively impact health. But it takes willpower, discipline and, in some cases, money they don't have in order to buy better food. I think most people know when they're not eating healthy. When I told people I was making this film, so many said, “My family needs to see this,” or “I'm not going to give up my fried chicken or my mac and cheese.” It's that cultural, spiritual and physical connection that we have to soul food.

Some may construe the film's title as an indictment of soul food.

It's catchy and provocative and a play on the idea that you can love something that's harmful or dangerous. Soul food helped us through difficult times in our history. I get it. The film doesn't denigrate it. There's a real story in the film. It goes beyond just talking about soul food; it talks about the food industry, about fast food, about the lack of good food in many areas of this country.

A lot of Black folks believe that if soul food was good enough for their father and grandfather, it's good enough for them. Those perspectives are very important and I highlight them. But everyone's body is different and we're a much more sedentary culture than our grandfathers' generation. My grandfather is 94 years old. He walks every day. He's had two heart attacks. But after the second one, he changed his eating habits.

Did you grow up eating soul food?

Both of my parents are from the South, so I grew up eating collard greens cooked in ham hocks and eating pork rinds, fried chicken and candied yams.

So how can Blacks kick the habit of eating unhealthy soul food?

Commitment. Many people changed their diets because a family member got ill or they got sick. The way I eat now is different than before. It was an adjustment, but I feel much healthier and I don't feel like I'm missing anything.

Staple soul food dishes are being reinvented with ingredients such as gluten-free cheese in mac and cheese or corn grits. Your thoughts?

When you change your eating habits, you have to adjust your palate. People are resistant to changing their palates. It's difficult. I know what it's like to eat something that doesn't taste the same. I've gone from eating candied yams with brown sugar and butter spread across the top to eating a sweet potato sprinkled with cinnamon. I'm not saying you can't eat candied yams, but it has to be in moderation. Instead of ice tea laden with sugar, drink water.

Do you cook? What do you like to eat?

I love to cook. I prefer cooking to eating out. I eat a lot of vegetables and whole grains, fish occasionally, legumes, beans and lots of vegetables. I make green smoothies for my daughter which is how she gets a lot of her vegetables. I also make a kale smoothie with banana, a lemon wedge, apple, avocado, and ginger. My daughter loves it.

What's next for you?

I will be traveling the country showing the film for the next six to 12 months. After that, I'm really at a crossroads. I love filmmaking and making documentary films. My areas of interests are race, class and gender. If I make another film, rest assured that it will deal with one or all of those issues.