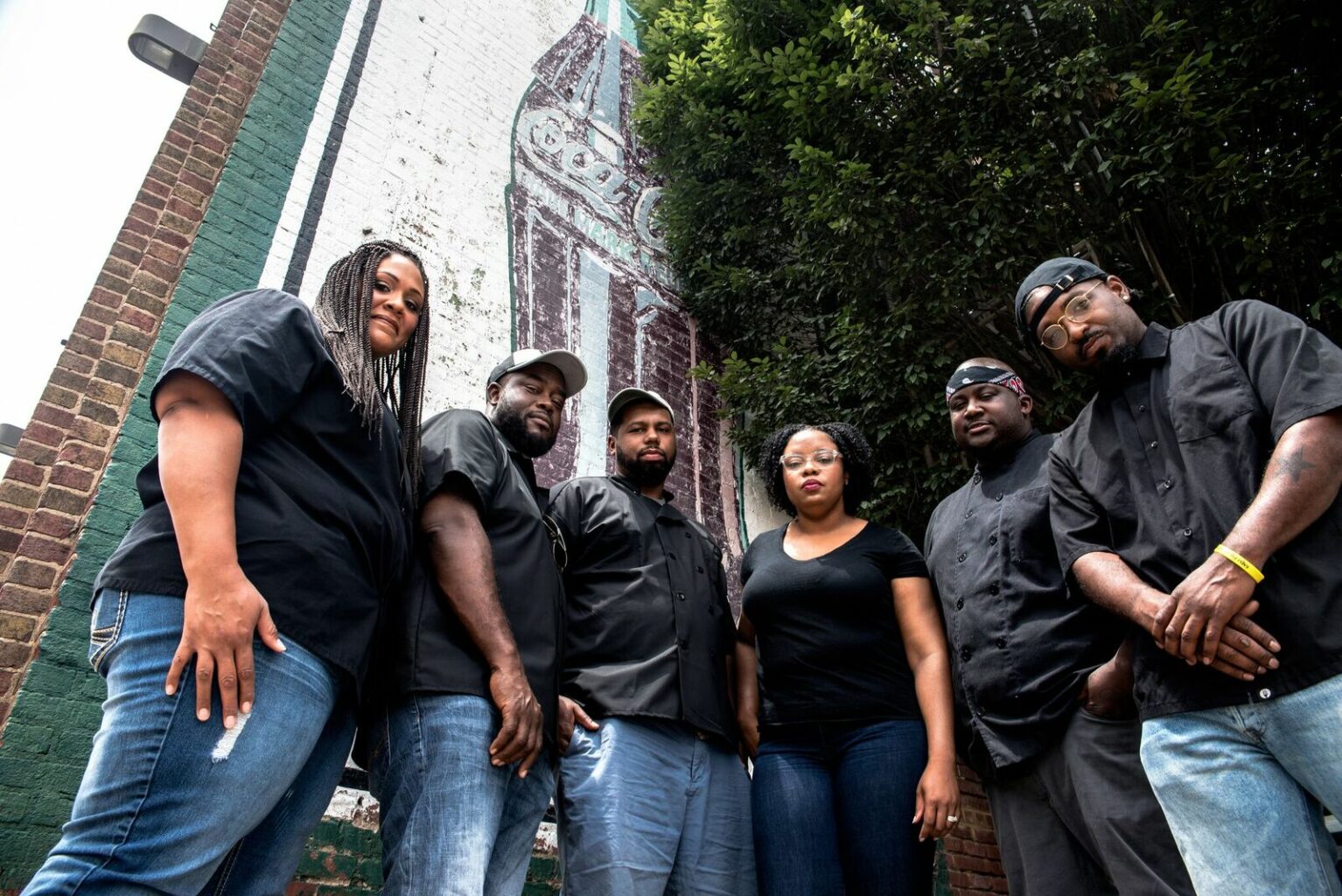 Any talented chef will tell you it takes a variety of ingredients and a range of techniques to create an exceptional dish. Knowledge and appreciation of diversity can also produce extraordinary experiences for people who sit down to a meal elevated by the creativity of black chefs. “We’re trying to show people that we are limitless with our range of cookery,” says Greg Collier, chef and co-owner of The Yolk Café in Rock Hill, S.C. “I think we are thoughtful with food, and actually putting the same love that grandma may have put into food.”

Collier and his wife Subrina are co-founders of Soul Food Sessions, a nonprofit started by a group of black chefs who host pop-up dining experiences with a purpose. “We really wanted to get together, hang out and enjoy each other’s company. We wanted to cook in a kitchen with people who look like us, people of color,” says Collier.

What began as a “fun thing” in 2017 is now a mission for the Colliers, along with chefs and co-founders Jamie Barnes, Michael Bowling, Gregory Williams and Jamie Suddoth. They partnered with Coca-Cola Consolidated to present The Table Is Set: A Four-City Tour with A Coke. The Charlotte-based company is the local bottler of Coke products in each of the tour cities.

RELATED: 2018 Charlotteans of the Year: Greg and Subrina Collier

The dinners which are limited to 100 ticketholders bring people of diverse backgrounds together to celebrate the artistry of black chefs, the richness of food history in Southern foodways and the African Diaspora and the promotion of talented African-Americans and other people of color in the culinary, hospitality and beverage industries. “We want people to understand the experience. Fine-dining chefs don’t have to look a certain way,” explains Collier. “We want people to sit down and enjoy the space, enjoy the food and enjoy the time with other people.”

This year’s first Soul Food Sessions held on June 19 in Charlotte, N.C., brought together a diverse group of diners of different ages, cultures and occupations. “I think everybody got it,” says Collier. “We had these coasters that asked questions as conversation starters. I don’t think people stopped talking.”

Bringing Black Chefs to the Forefront

The dinners are meant to generate talk about the lack of opportunities for blacks and other chefs of color, who want to manage or own restaurants. The U.S. Bureau of Labor Statistics reports only 16 percent of chefs in America are African-American. While 14 percent of hourly restaurant employees are African-American, only 9.5 percent are managers. Soul Food Sessions co-founder and chef Michael Bowling sees The Table Is Set dinners as a catalyst for changing those numbers. “Diversity issues can be difficult to talk about, but food has the power to bring us all together, and important conversations happen around the table. We’re convinced that now is the time to make a change for black chefs in America.”

Delicious food, Coca-Cola pairings with a dish and enlightening conversations are not the only benefits of The Table Is Set pop-up dinners coming to Washington, D.C., on July 26, Baltimore, Md. on July 29 and Charleston, S.C., in late October. The events will also raise money for black culinary students. The Soul Food Sessions chefs and Coca-Cola Consolidated are awarding the first four scholarships in connection with the dinner in Charlotte. “It started as a way for us to just hang out and cook together in the kitchen, but it has evolved into actually being able to help culinary students see us, and let them know that we see them,” says Collier.

The Soul Food Sessions team spent months planning menus and collaborating with local chefs in each of the four cities selected for dinners. Collier is confident of the food being outstanding at each event. Some of the local chefs are also participating in the preparations. “What we want to do is cook to the best of our ability and work with some local purveyors,” says Collier. “We’ve also been reaching out to local black-owned farms to provide us with produce.”

People unable to buy tickets for the intimate Soul Food Sessions can still get a taste of what the five chefs are trying to accomplish. The chefs are also working with Coca-Cola Consolidated to produce “Stories from the Soul,” a podcast hosted by Gina Neely, an author and television personality. The podcasts available on iTunes and SoundCloud provide insights into the concerns the chefs have about diversity in the food industry, black chefs in fine-dining and educational opportunities for black culinary students.

Cooking for a Cause

Go to The Table Is Set website to hear the podcast and get recipes. Collier also urges people to click on the events page to sign the pledge to stay in touch, nominate a city for a pop-up dinner and join the movement in places all across the country. “The pledge is to support black chefs, support black restaurants, and support black restaurateurs because that’s an important step.”

The Soul Food Sessions chefs are committed to sponsoring a minimum of $10,000 in scholarships to black culinary students in the four dinner markets. While the scholarships will not pay for complete culinary school educations, they will help black students buy cookbooks by black chefs, cooking tools they need and other resources.

Ultimately, the founders hope to expand their mission by returning to the original four cities next year and adding more locations to the Soul Food Sessions tour. Eventually, the chefs hope to raise enough money to pay for full scholarships for some talented black culinary students and set the table for a lasting change. “We might be setting them up to do the things our African American forefathers and pioneers have done in the culinary industry. If we can set up the next Edna Lewis, we have done our work,” says Collier.