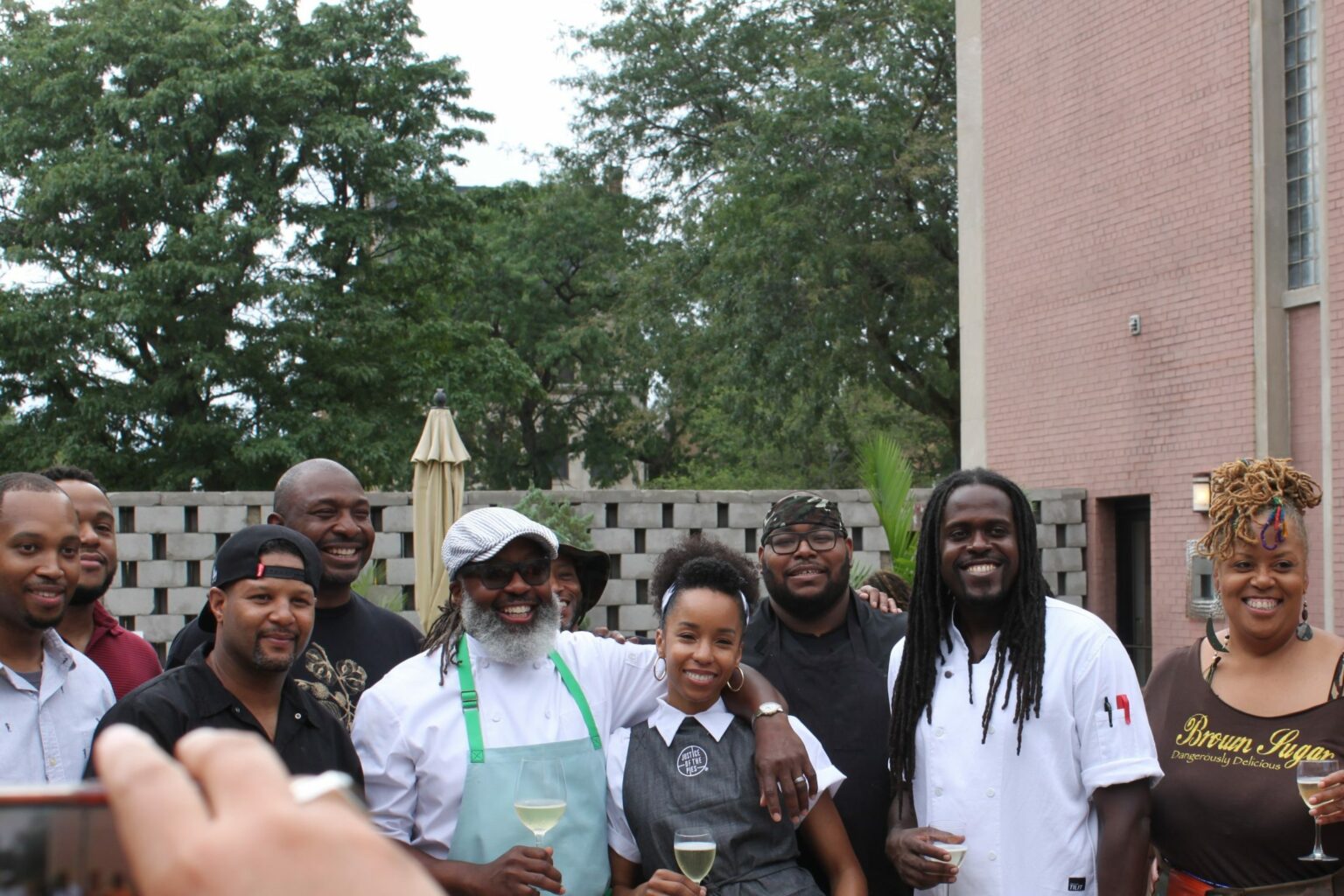 Back in the day, Chicago's Parkway Ballroom was the place—the iconic venue for celebrations in the Black community. On a recent Sunday afternoon, the ballroom was filled with influencers, food enthusiasts, food professionals and members of Edna Lewis’ family. The occasion was the South Side Chefs Revival and Homecoming benefiting the Edna Lewis Foundation. The mission of the foundation is to preserve and celebrate the rich history of African-American cookery by cultivating a deeper understanding of Southern food and culture in America.

Coordinated by foundation board member chef Paul Ferhibach, the event goal is to continue this legacy.  In addition, “proceeds will support training and scholarships to providing access to opportunities for women and people of color within American food and foodways.”

This historic site, owned by chef Cliff Rome, is a flexible, full-service facility. “My interest in food began as a kid growing up in the Englewood neighborhood, helping my grandmother prepare meals from the garden. I’m committed to promoting African American participation in the culinary industry and this location helps me share food experiences and training with young people,” says Rome.

The menu inspired by Lewis’ legacy showcasing the soul foods we love was created by African American chefs displaying their culinary prowess with a sundry selection of foods. Below are the chefs and their dishes, along with their thoughts on the items they prepared.

Williams reached into his youth as a youngster snacking on sunflower seeds. “The healthy snack and season gave me context in creating the dish of summer squash, pickled cherries and sunflower and benne seeds.”

Reed was inspired to try Lewis’ roux made with bacon fat. He shared, “I love to learn about the history of our food and the torch Lewis carried for the next generations of African American chefs.”

“Traditionally the ham dripping butter complements the chicken, but I also have a ham-free version for those who don’t eat pork.”

“The addition of the rabbit hot link gives folks who only know pork links a sample of what you can do with rabbit. Several rabbit recipes can be found in Lewis’s book, ‘The Taste of Country Cooking’”

“These recipes were chosen from Lewis’s book “The Gift of Southern Cooking.” With the emphasis she placed on locally available foods, the produce and fresh chopped tomatoes were sourced at the 61st Farmers market less than five miles away.”

Maya Camille-Broussard, Justice of the Pies

“When Ms. Lewis was growing up in Virginia she and her family lived and ate by the seasons. I’m offering a pie that is keeping with the season. Summer is basil season which typically ends in September; strawberry season peaks in June but with the heavy rains this year, it was pushed that back a bit. I think Strawberry Basil Key Lime Pie is appropriate and one Ms. Lewis would have approved of.”

“Cakes are part of any celebration and these cupcakes are perfectly-sized for today’s homecoming event.”

Music was provided by multi-talented Ayanna Contreras, spinning tunes matched to the occasion. “Growing up, music and food to me were deeply intertwined, ways in which we as Black people pass down our culture.”

As folks would say during The Parkway’s heyday, the music was jumpin’ and the venue was hot. Now that sums up the Chicago’s inaugural South Side Revival and Homecoming, celebrating Black food, culture, and the legacy of chef Edna Lewis.

Charla has stirred a few pots as a Food Editor at Ebony and Southern Living magazines and test kitchen home economist in The Kraft Kitchens and owner of It’s Food Biz!™. Her blog Chow-Chow & Soul™ dishes about food, recipes, and more.