From California to The Gambia: Couple Opens the Country’s First Vegan Eatery 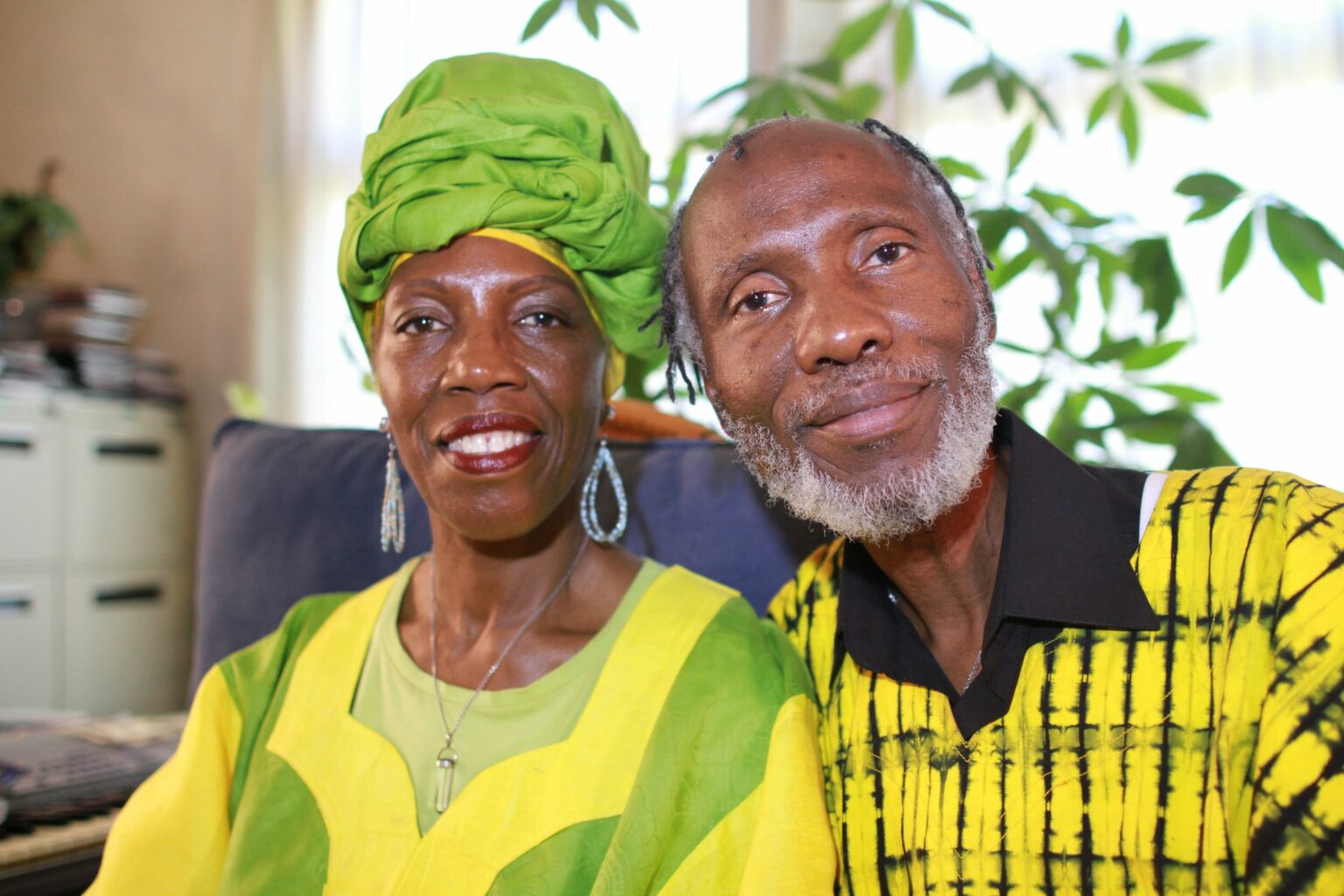 “Eat to live, don’t live to eat,” is a phrase many of us have heard.  Husband and wife team, Naasira Ageela (aka Mama Naasira) and Dr. Joe Bledsoe, have redefined, uplifted and added pizzazz to that concept by sharing their remarkable vegan lifestyle through their recipes, books, talks, classes, website and their homestraunt (a restaurant in their home) in the West African country of The Gambia.

Moving From America to Africa

The couple moved from Oakland, California to the capital city of The Gambia, Banjul, in 2016.  The hope of sharing the wonders of their decades-old vegan way of life with citizens of their new homeland and ultimately throughout Africa inspired their move. They Twere met with open arms and a welcoming spirit that energized and strengthened them. Within two years of their arrival, they opened The Gambia’s first and only vegan eatery as well as an accompanying cooking school.

Ageela has been a plant-based vegan for 16 years and Bledsoe for 26 years.  Embracing the vegan lifestyle for their own optimal personal wellness regime was not enough for them. They felt the need, the calling, the desire to share its bounty and blessings with the world in three editions of their book, “Spicy Tasty Vegan Cuisine,” first published in 2015.

They also maintain an informative website, spicytastyvegan.com and you can view their online cooking classes on YouTube.

Experiencing Vegan Food in The Gambia

This past May, I had the honor, privilege and delight to dine at their beautiful and spacious homestraunt. Ageela and Bledsoe have a huge house in an upscale neighborhood and converted the first floor into a restaurant and named it the Spicy and Tasty Homestraunt. The food was plentiful, delicious, beautiful and fresh and the combinations were innovative. It was truly a feast. They also introduced me to a variety of local greens and herbs that were local that I had never heard of before such as bisap, potato leaves, kereng and cassava leaves. The evening included luscious and creative drinks made with fresh carrot, ginger and apples. They even made me a to-go box to take on my bus ride to Senegal the next day. I also had the fortuitous opportunity to meet and talk with one of their students who was the guest chef for the evening.

Sharing the evening with this amazing couple was a wonderful experience as they regaled me and my guest, Sarah Loum, with stories about their lives, their marriage (20 years and counting), their decision to move to Africa and the importance of creating and maintaining a healthy lifestyle that includes things such as:

They definitely walk their talk and if you are lucky, Bledsoe may even sing a song or two for you as he did for us. He has a fantastic voice.

I asked them to share a little more about their journey in this Q and A as their story is not only inspiring to me but so many others as well.

What inspired you to adopt a vegan lifestyle and write your books?

Ageela: At the age of 19, while working as a phlebotomist at UC San Francisco Medical Center, I contracted hepatitis B by accidentally sticking myself with a needle after a patient bumped me as I was taking his blood. When I became ill my doctor warned me that if I wanted to live, I would have to change my diet. He said, “No more processed or junk food.”

I embarked on my journey from illness to wellness. I began researching healthy foods and discovered the healing properties of fruits, vegetables, grains, herbs and spices. I searched restaurants, health food stores and fruit stands to learn new and different ways to make healthy meals without meat.

RELATED: When it Comes to Vegan Dining in Philly, The Home of The Cheesesteak Proudly Vedges Out

When I started preparing meatless meals, I started to look and feel better. My friends and family noticed my improved appearance and they began to query me. I started sharing information about my food with them. They decided to try it, they enjoyed it and many noticed that they started to feel and look better as well.

Soon, I began getting more requests for food than I could handle. Then I met Dr. Joe soon thereafter and he began assisting me with the preparation and delivery of the food. He also introduced his baked goods to the meals. Soon we realized that despite our combined efforts, we were unable to keep up with the food orders. So Dr. Joe suggested that we start teaching cooking classes.

We prepared a recipe booklet and held classes for six months but soon realized that we could not keep up with the demand for our food and classes. At that point, we made the decision to write a cookbook. In the next 27 months, we wrote not one but three books; two of them are guides for healthy living and the other is a kitchen companion cookbook.

Bledsoe: In 1991, I changed from being a vegetarian to a vegan by giving up all dairy products and in the year 2000, I gave up consuming soy products. In 1999 after teaming up with Mama Naasira, I decided to transform my personal lifestyle into one that included sharing the nuts and bolts of it with others through writing and teaching.

Much of your work is geared toward melanated people. Why is that?

Melanated people have a different physiology than non-melanated people, so we created a cuisine that addresses those differences.  We provide information, insight and healing modalities for issues that often plague people of color such as fibroids, diabetes, obesity, lactose intolerance and prostate problems.

Also, many people of color have grown dependent upon the sources of food that are readily available and that they are familiar to them, e.g., cheap cuts of meat such as the parts of the animal the slave master or colonizer did not want: ribs, intestines, feet, ears, tail.

Additionally, there is a lack of availability of fresh foods in many communities of color, as well as the proliferation of fast food restaurants, which usually offer a poor quality of food that is high in sodium and fat.

It is our hope to educate people about ways to navigate these issues and consciously engage in mindful eating.

Could you share a few highlights from your cooking classes?

We introduce our trainee chefs to a wide variety of herbs and spices. We teach them the healing properties of each of them as well as how best to combine them.

During hands-on cooking and food preparation sessions, we instruct them on the use of different appliances such as juicers, food processors, a waffle iron, our dehydrator, Vitamix blender and fryers. We also teach them which oil types are healthiest to use and why it's important to use mineral salts and avoid table salt and unhealthy starches.

What are a few of your future goals?

We will be hosting our second international Vegan Festival which will be held on October 20, 2019 in Manchester, UK.

We also want to use our base in The Gambia to promote healthy living and to disseminate nutritional information throughout Africa. One of our long-range goals is to franchise Healthy Ways Restaurants. Prospective locations for the restaurants include The Gambia, Senegal, Ghana, Nigeria, San Francisco, London and Turkey.

Of course, we would like to publish yet another book. The next will be on the training of vegan chefs.

Last but not least, we want to develop a process to bring more Americans to The Gambia to access the numerous economic opportunities here as well as help transform The Gambia into a model platform for the international display of energy-efficient technology.

Elaine is a travel journalist and the editor of the anthology, “Go Girl! The Black Woman’s Book of Travel and Adventure." She is also a pioneer in the Black travel industry and media. Visit her at www.ugogurl.com.