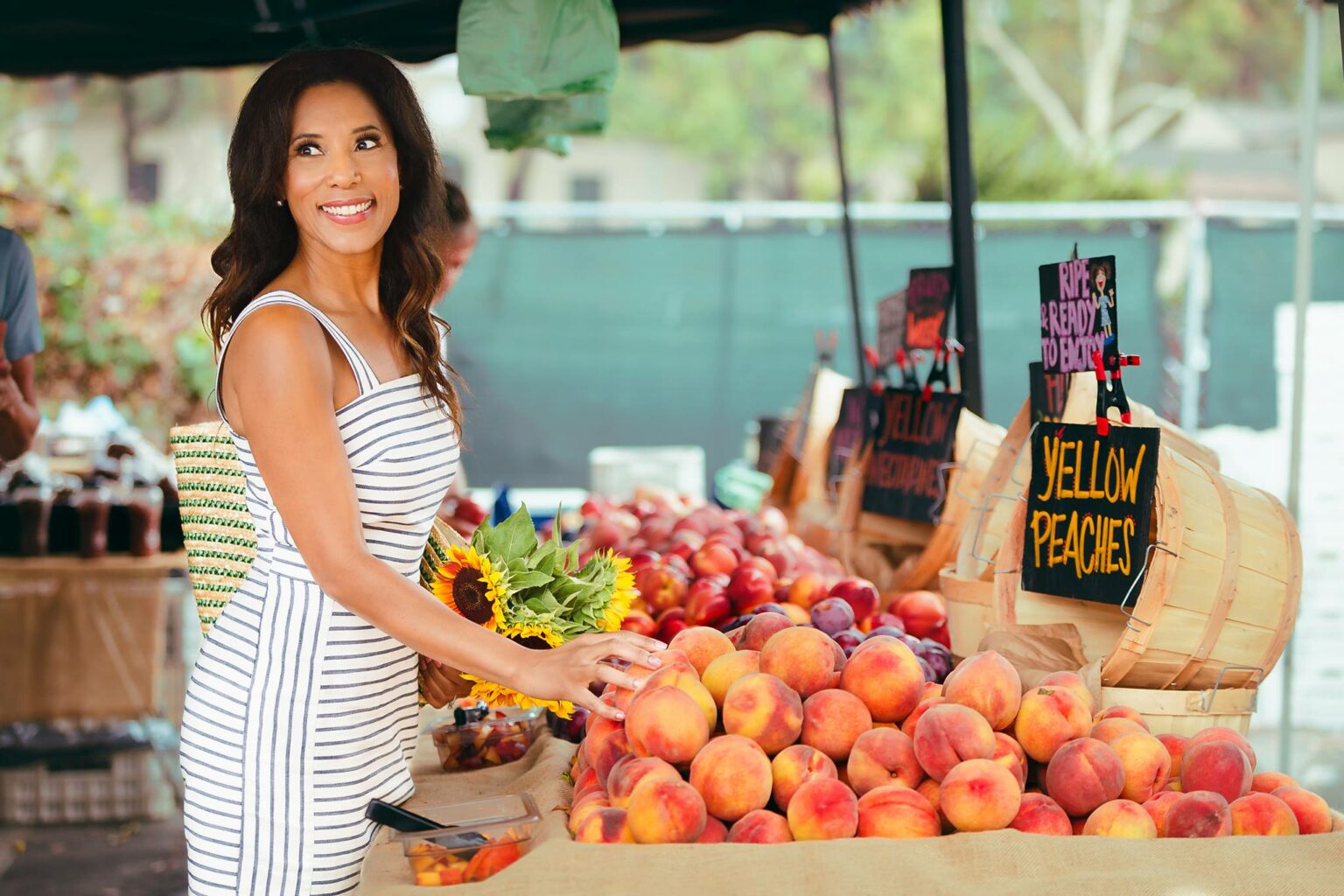 Sixteen years ago, Stephanie Harris-Uyidi decided to finally see a nutritionist. She suffered from persistent stomach issues and wanted to put an end to the discomfort.

The visits were promising. She was put on a broth diet to clear out her digestive system, followed by a gradual reintroduction of food groups back into her diet. The culprit was clear. After removing chicken, beef, pork and other land animals from her diet, Harris-Uyidi found relief. She was able to reintroduce seafood and reap the health benefits of cutting out meat.

As a chef, cookbook author and TV host, Harris-Uyidi is dedicating her career to spreading the gospel of a pescatarian lifestyle.

With the breadth of dietary options available, it’s difficult to decipher between which is the healthiest or the most approachable. But unlike the other dietary regimens, pescetarianism is less of a diet and more of a lifestyle. Simply put, it’s a diet that eliminates pork, beef and chicken. Instead of opting for meat, pescatarians choose seafood as their primary source of protein. While there are no hard and fast restrictions besides meat, pescatarians instead focus on plant-based eating like nuts, seeds, fruit and vegetables and supplement with seafood at their whim.

“I experimented with the ketogenic diet for a while and one of the things [I love] about the pescatarian lifestyle is that it’s really about guidelines versus rules.  So you won’t get kicked out of the ‘pescatarian club’ if you want to eat eggs or dairy, which I do. It’s really a personal choice,” says Harris-Uyidi.

Navigating social situations was tricky at first, but once she decided to bring along meals that catered to her eating habits, she was convinced this could be a lifelong habit. “I was the one bringing the tuna casserole to make sure that I could actually eat. I started meal prepping my lunches for work. I was in control, so I was no longer showing up to the conference room and there were only chicken calzones on the table.”

Harris-Uyidi now shares her love for seafood on her website, The Posh Pescatarian, as well as her YouTube channel and her TV show.

Fresh seafood is always optimal, but Harris-Uyidi understands it’s not practical for everyone to cook fresh fish daily and encourages pescatarians not to overlook canned and jerked seafood. Grocery stores often stock a variety of canned seafood, from oysters and sardines to cockles and clams

She’s also developing a line of salmon meatballs and sausages that she hopes will be available in amusement parks and universities in the near future. She hopes to give some relief to pescatarians who might otherwise be left with unhealthy foods such as French fries.

Overfishing and environmentally destructive fishing practices are a prominent part of the seafood industry, so how should you pick seafood that comes from a responsible source? Harris-Uyidi recommends the Monterey Bay Aquarium Seafood Watch’s resources which include an online rating database, along with an app so shoppers can check foods while out shopping.

Barramundi is a smart option as they’re farmed in circulated tanks, allowing them to be raised in more hygienic environments.

She also recommends turning your attention toward shellfish which is highly recommended and to purchase farmed versus wild caught. Shellfish farms can help to filter the water in which they’re grown leaving behind a clean environment for seaweed and aquatic vegetation.

A Dietary Fit for All Lifestyles


Even with juggling a whizzing professional life, which regularly involves cooking on camera, Harris-Uyidi loves to come home and prepare ceviche for her husband, parents, siblings, nieces and nephews. “Everyone has started to have a greater appreciation for raw seafood. It was a tough one, but I got them to transition to it and it’s a favorite. We do it a couple of times a month. It’s kind of cool seeing people who had very traditional American diets five or six years ago … being able to eat raw [sea]food.”

The U.S. Food and Drug Administration stipulates that all raw commercial seafood must be previously frozen before consumption to kill parasites and Harris-Uyidi strongly advises home chefs to do this as well.

If you’re in the mood for something that comes together in less time than a homemade ceviche, Harris-Uyidi suggests throwing together a slightly simpler dish. “Most seafood can be prepared in under 15 minutes and everybody loves tacos. [They’re] a good way to introduce families to seafood meals.” Another of her favorite dishes is a smoked seafood flatbread pizza. Just take a pre-made flatbread and add smoked salmon. Bake at 375°F for 10 minutes and you have a flatbread pizza you can serve with a side salad.


It’s been said creating a new habit takes 21 days to solidify into a lifestyle practice.  For anyone looking to transition away from meat towards a plant-based diet supplemented by fish, Harris-Uyidi suggests starting with your “why.” “It’s like most things in life. You’re starting a workout program or a new business, but why are you doing it? So you have to find your motivation because that will determine how likely you are to follow the path,” she says. And for someone who has identified their “why,” Harris-Uyidi says to start with swapping out seafood for meat one meal per day.

You can keep up with Stephanie Harris-Uyidi on her website, which also lists airtime information for her TV series, The Posh Pescatarian: Appetite for Adventure. You can also follow her on Instagram and Facebook.